The Child In Time 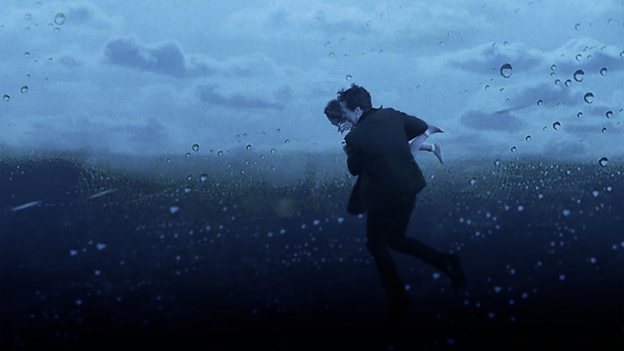 It's not a prerequisite to doing this role to be a father; if you were a childless actor trying to imagine it you’d have to be made of stone not to feel the enormity of what that must be likeBenedict Cumberbatch

Describe your character Stephen
By profession he writes children’s books. He’s a very happy and loving father - their child Kate is born into a very loving marriage. He is an everyman and has a small but close circle of friends - he’s at his best and most charismatic when he’s with them.

He presents quite an indifferent face to the rest of the world, he’s more a spectator than a participant. But that all changes when he suffers the unimaginable trauma of losing his daughter in a supermarket and becomes the centre of the drama.

The Child In Time is about how he is destroyed by that incident and how it affects his relationships and everything that has given him purpose before that point. But then also how he somehow manages to find some kind of salvation and acceptance of what happened, his responsibility, the effect on other people and the enduring love he has for his missing daughter, Kate.

The theme is every parent’s worst nightmare. What is it like to play a character in that position?
When you’re dealing with something like the loss of a child it’s pretty distressing, I won’t lie. It was a very unpleasant place to go to. By circumstance it happened that my second boy had been born weeks before, but it’s not a prerequisite to doing this role to be a father; if you were a childless actor trying to imagine it you’d have to be made of stone not to feel the enormity of what that must be like.

Playing with your own experience can be incredibly dangerous anyway as you need to be able to separate things very easily, otherwise they can get out of control and be very damaging.

So I tried as much as possible for that not to creep in. How you make sense of a life with an absence that is ever-present is a horrible thing to contemplate. Despite that though, the drama isn’t depressing. The important thing to take from the story is the extraordinary ability and resilience that humans have to continue living, for that person and their memory. It’s a brave thing to say that that is possible.

Tell us about Stephen’s relationship with his estranged wife Julie
The relationship between Stephen and Julie is critical to the story, because the loss of their daughter drives them apart. Their love is manifested in their child, and when she goes missing it becomes very hard for them. They are both lost in their own worlds of grief and it fractures their relationship and reaches a breaking point, but the root of their love is still there.

Ian draws that out spectacularly in the book and I hope we’ve achieved that with Stephen [Butchard]’s adaptation. KellyMacdonald, who plays Julie, is a phenomenal actress, she has an ease about her and is very fluid with the camera. She’s incredibly perceptive and intelligent about character and motivation and also great fun. We had a really lovely rapport from the get go and I was thrilled when she was interested in taking on the role. Working with her was a great joy of the job.

You’re also an executive producer on The Child In Time, what was that like?
I’m very proud to say I am! In a year my production company SunnyMarch has produced and made this drama and we’re delighted to be giving the world the first ever Ian McEwan television adaptation.

I worked with Ian before, on Atonement, and so it’s a huge honour for me and the company. As a producer in pre-production you’re involved in the nuts and bolts of bringing things together, from forming the crew and team who are going to make it and steer it to script notes, which is a very exciting creative process to be a part of. Then you have to completely switch that off when you’re on the floor acting!

I really enjoyed the experience and most importantly I think the crew did as well.