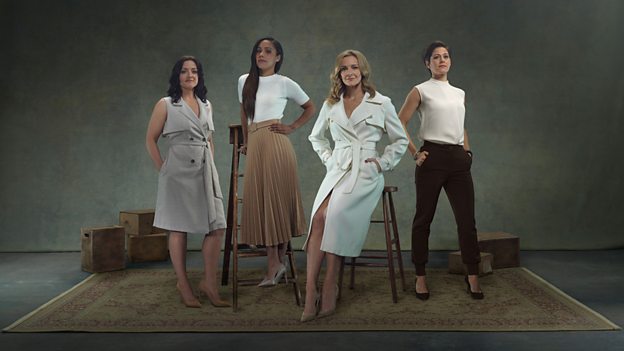 Category: BBC One; BBC Two; BBC Four; Radio 4; Radio 5 Live; Radio 5 Live Sports Extra; BBC iPlayer; Online and interactive; Sport; Scotland; Commissioning; BBC Sounds
The FIFA Women’s World Cup France 2019 is set to be the biggest to date and the BBC is the only place to witness all of the action, delivering audiences unprecedented coverage across TV, radio and online this summer.

Audiences can follow all 24 teams on the BBC from June 7 with many focused on how far England and Scotland can progress this year. Currently ranked third in the world, England manager Phil Neville’s side will be encouraged by their 2019 SheBelieves Cup victory, which included a win against World Cup holders USA, as they look to overcome Scotland (June 9), Argentina (June 14) and Japan (June 19) in the group stages. Scotland, who are making their World Cup debut and topped their qualification group, are also in the same group and will be looking to make an impact against England ( June 9), Japan (June 14) and Argentina (June 19).

TV and BBC iPlayer’s live coverage will be led by Gabby Logan and Eilidh Barbour, joined by a host of international stars, including Alex Scott, Gemma Fay, Jordan Nobbs, Hope Solo, Dion Dublin, Laura Bassett, Rachel Brown-Finnis and Casey Stoney. With over 800 appearances between them, they will bring a wealth of experience and expert insight to viewers’ screens this summer.

Taking a break from working with the likes of Dua Lipa, Calvin Harris and Olly Murs, musician and footballer Chelcee Grimes will head out to the World Cup for BBC Sport. Chelcee will be one of a host of well-known personalities that will be fronting bespoke content for various platforms over the course of the tournament, getting involved in features on fashion, street football, fan culture and much more.

There will news and updates from on and off the field every day of the tournament via the 5 live Football Daily Podcast available on BBC Sounds.

With more than 20 million browsers each week, BBC Sport’s website will be the 24/7 service for unmissable content. With live text commentaries on all games, in-play video clips, video highlights, quizzes and guest columns by some of the biggest names in women’s football, including England and Chelsea star Millie Bright. BBC Sport’s Player Rater will also be available for all England and Scotland games and other key fixtures, allowing fans to have a go at their punditry skills.

With more than 30 million followers, our social media channels will take you behind the scenes in France with features and analysis focusing on the best players on the planet and the history of the sport and how far it has come.

Since the Lionesses qualified for the World Cup last August, BBC Sport's cameras have exclusively followed the squad in their preparations for this summer. The one-hour BBC One documentary highlights a trip to Qatar for a Lioness training camp and captures the raw emotion as the 2019 Lionesses lifted their first trophy, the SheBelieves Cup in America.

This film is an opportunity to get to know much more about the Lionesses ahead of the tournament and hear more about their inspirational back stories. Time is spent with Lucy Bronze who explains what life is like at one of the top clubs in the world, Olympique Lyonnaise, Millie Bright goes back to her old school to meet the pupils there and Jill Scott returns to her hometown of Sunderland. The cameras also follow Phil Neville to the World Cup draw in Paris and we see how he copes with the challenges of selecting who goes to France whilst instilling a genuine belief that England can win the World Cup. Steering us through this emotional and inspiring documentary is former Lioness Alex Scott.

Sarah Mulkerrins will be presenting our Women's World Cup coverage on BBC World Service across France for the duration of the tournament. With insight and analysis from former international footballers and journalists from across the globe on Sportsworld, plus discussion and interviews from World Football's Mani Djazmi, Heather O'Reilly, Pat Nevin and Peter Odemwingie.

BBC Scotland’s World Cup Documentary will tell you everything you need to know about the Scotland team and their chances ahead of the World Cup.

The film pieces together the players’ humble beginnings and how they came to be part of the footballing elite. Featuring Kim Little, Erin Cuthbert and Shelley Kerr, we get to the heart of who the team are and what makes the Scotland Squad tick.

In their own words, we follow the team’s journey through the highs and lows of qualification, reliving the games; the goals; the saves; the inspirations and the moment of qualification when the squad made history.

The programme celebrates the women’s game, paralleling the journey to qualification with the changing landscape of women’s football. We look at what it once was, what it is now and what it will be for all the girls watching the World Cup with a dream of playing football.