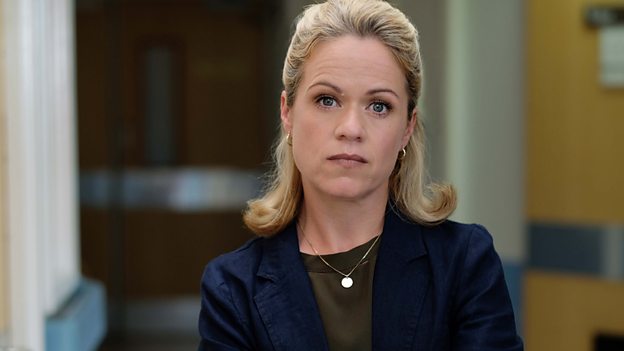 The journey that Jenny and Claire make to get their mother the care she needs and is entitled to is one that all too many will be familiar with. Sinead Keenan

What made you want to be a part of Care?

From the moment I clapped eyes on Cracker I have long since been a huge fan of Jimmy McGovern’s. The opportunity to work with Jimmy was a golden one - the fact that the brilliant Alison Steadman and Sheridan Smith were both involved meant I could in no way say no.

The story is also quite close to my heart. My nana and papa lived in Belfast and both went through the NHS system in their final years. My nana had Alzheimer’s and although the care she received was administered wholeheartedly by those we came in contact with on the front line of the NHS, battling our way to get that care was challenging, to put it politely.

The journey that Jenny and Claire make to get their mother the care she needs and is entitled to is one that all too many will be familiar with.

Please tell us about your character. Where do we meet Claire at the start of the film, and what was she like to play?

Claire is the daughter who ‘lives away’, which brings with it its own complications when dealing with a sick parent. For her own reasons, Claire can’t be there in the same way as Jenny can with the day-to-day caring for her mother. This serves to make Claire feel guilty, so that when she does come home and tries to advocate for her mother, she does so a lot more fervently and aggressively than her sister.

As a daughter who lives away from home, I was keen not to portray Claire as the villain of the piece, as can sometimes be the case when you see dramas like this. Living away from home does not necessarily mean that you care less about your family, it can just mean you have made different choices in life which have led you down a different path and to a different place. Geography and circumstance don’t necessarily mean a lack of love for a parent, which is certainly the case with Claire.

Was there a particularly memorable scene or moment to film?

The first scene I filmed with Sheridan and Alison was a fairly memorable one, for me at least. It was the scene where Claire finds Jenny and her mum in the hospital, and finds out she’s had a stroke. To be in a room working with two actors you have admired for years and years on a piece written by a writer you have admired for years and years, is quite the thing. I had to dig deep into my acting boots that day to give some sort of semblance of professionalism and not betray my inner fan girl!

This is your second time in as many years playing a Liverpudlian, and filming in the city. What makes Liverpool such a great location to film?

No word of a lie, Liverpool is my favourite city in the UK. This was my second time filming in Liverpool and I cannot tell you how nice it was to be back. There is a buzz and a pride in Liverpool that you will be hard pushed to find anywhere else in the UK, which makes it a great city not just to work in but to spend time in.

Why should BBC One viewers tune in to Care?

The journey that Jenny and Claire make to get their mother the care she needs and is entitled to is one that all too many will be familiar with. Every viewer will be able to identify with some part of Care, it’s co-written by Jimmy McGovern with Gillian Juckes, and starring Alison Steadman and Sheridan Smith - that’s a fairly tempting proposition right there!