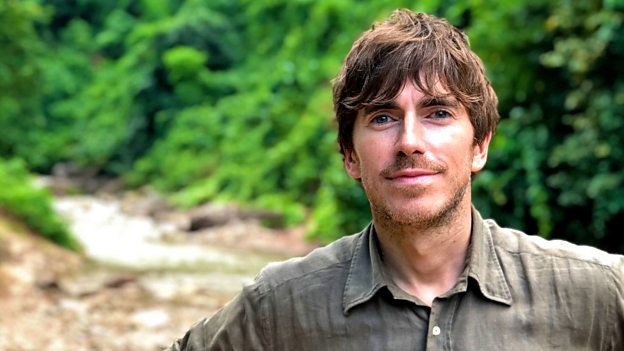 I was endlessly surprised! That’s one of the privileges of making these journeys. Every hour something astounding or memorable happens and I learn more about the place and the people.Simon Reeve

Why Burma (Myanmar) and why now?

It’s a huge, beautiful place that’s been experiencing enormous changes in recent years, and for a long time I’d wanted to go on a journey around the country. We started planning to go there before the latest Rohingya crisis began developing. That catastrophe made it even more important that we should try and get into Burma and capture a sense of what’s happening, but we knew it would be hard to visit some areas of the country where there’s ongoing conflict, so we also went to meet the Rohingya in Bangladesh, and went through Thailand into a remote region of eastern Burma that’s endured decades of fighting.

There has been widespread coverage of the Rohingya crisis globally, what was your experience like on the ground?

It’s a hugely shocking situation. I couldn’t visit and travel around Burma without learning more about the Rohingya crisis. I wanted to go into the north of Rakhine State, where many of Burma’s 1 million Rohingya people come from and have recently fled, but the Burmese government wasn’t letting foreigners travel freely there. So instead I went into Bangladesh and travelled back to the Burmese border area. We went to what’s now the largest refugee camp in the world, travelled right up to the border and found thousands of refugees living in no-mans land between the two countries. Then we suddenly encountered a young Rohingya man who had been back across the border to check on his farm. He’d been caught by Burmese troops and badly beaten. His skull was fractured. I had to bandage him up and then took him to a field hospital for treatment. It was an awful situation.

What shocked you the most about the situation?

The whole situation there is horrific. Fake news social media and videos have played a critical role in fomenting and spreading hatred in modern Burma. In their own country, Muslim Rohingya people are now widely hated and have lived under what is described by many experts as an apartheid system for decades now. Many Burmese see the Rohingya as illegal migrants. But there have been Rohingya in the country for centuries.

In Burma the Rohingya have been deprived of their right to vote, their access to healthcare and education was limited and they were banned from travelling freely between villages. Burma’s military rulers even stripped them of their citizenship, making the Rohingya the largest group of stateless people on the planet.

Was there anything on your trips that really surprised you?

I was endlessly surprised! That’s one of the privileges of making these journeys. Every hour something astounding or memorable happens and I learn more about the place and the people.

One of the great surprises on these journeys around Burma was the huge diversity of people. There are more than 130 different ethnic groups recognised in the country’s constitution.

Another great surprise was the bizarre behaviour of the military dictators. They drive on the right in Burma because a former General had a premonition or spoke to a fortune-teller - it’s not entirely clear which – that said they should move from driving on the left to driving on the right. So they did, overnight. On the whim of a military dictator the entire country’s roads were thrown into chaos. Now they drive on the right but most vehicle steering wheels are also on the right. So drivers can’t really see what’s coming at them when they’re stuck behind a truck trying to overtake. I had to act as look-out when we drove.  The odd change is part of the reason Burma has a high rate for road deaths. The day after we left one driver crashed head-on into an oncoming vehicle. Luckily both drivers survived.

The Generals took endless bizarre decisions. Another time they switched the currency to multiples of nine. Again it was based on advice from astrologers and fortune-tellers. Imagine living under such a government.

Who was the most interesting character you met during your travels?

It’s really hard to pick just one, but if you twist my arm I’ll say Charm Tong, a teacher and human rights activist from the Shan ethnic group. I met her after crossing the border covertly from Thailand into remote Shan State in eastern Burma. She’s an extraordinary person, both brave and thoughtful. A quarter of people in Burma, more than 12 million, live in areas affected by conflict or tensions between the government and ethnic armed groups. Because of fierce fighting in recent years there are nearly half a million displaced people along the Chinese and Thai borders.

Charm took me to a school and to meet children who’d fled conflict in a desperate search for safety and education. She could really empathise with them, because she grew up as a refugee living in an orphanage and shelters. It was a privilege to meet her and hear her stories. The Shan people took risks to get us into Shan State, all so that viewers would be able to hear their stories and learn about their struggle.