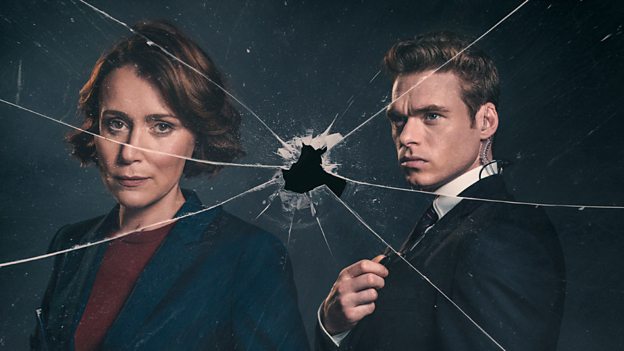 Category: BBC One; Drama
Set in and around the corridors of power, Bodyguard tells the fictional story of David Budd (Madden), a heroic but volatile war veteran now working as a Specialist Protection Officer for the Royalty and Specialist Protection Branch (RaSP) of London’s Metropolitan Police Service.

When he is assigned to protect the ambitious and powerful Home Secretary Julia Montague (Hawes), Budd finds himself torn between his duty and his beliefs. Responsible for her safety, could he become her biggest threat?

Bodyguard is written by Jed Mercurio and made by World Productions for BBC One. 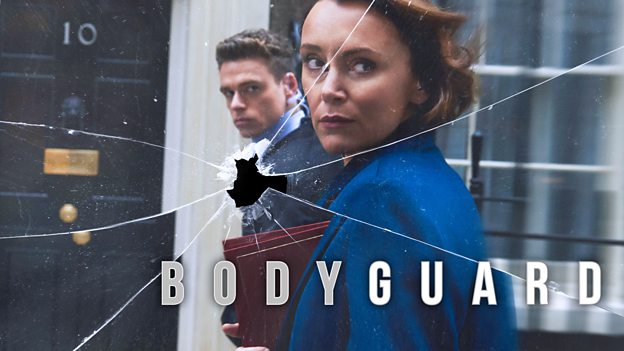 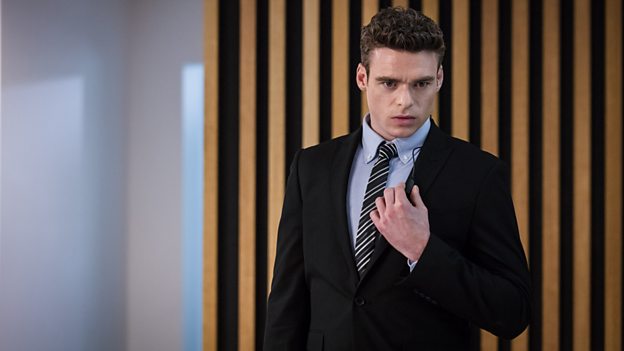 Sergeant David Budd serves as a Principal Protection Officer (PPO) in the Royal and Specialist Protection Command of London's Metropolitan Police (RaSP). A Helmand veteran, David hides the psychological scars from his time in the army behind a cool and forceful demeanour, but the cracks show at home, where he is separated from his beloved wife Vicky and their two children.

Mistrustful of politicians, especially those who voted in favour of the conflict in the Middle East, David is ambivalent about his ‘step-up’ to protect the Home Secretary - Julia Montague. Torn between dedication to his job and his political ideals, and prone to volatile behaviour, he must decide where his loyalties truly lie. 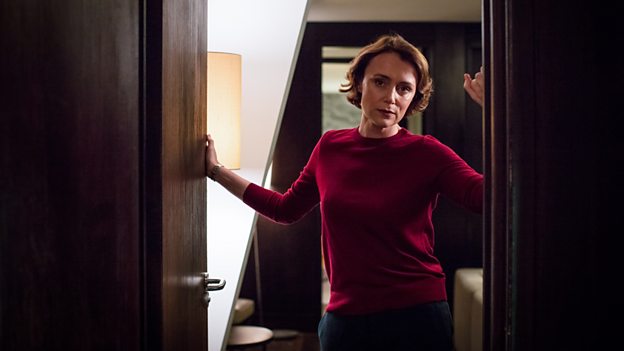 The Right Honourable Julia Montague is Home Secretary and a Conservative MP. Divorced, Julia lives alone in her London constituency.

Ambitious, smart and undaunted by opposition, Julia is pushing a controversial new counter-terrorism bill through parliament which would give the security services unprecedented powers of surveillance. Some of her colleagues believe Julia is on course to challenge the PM for party leadership. 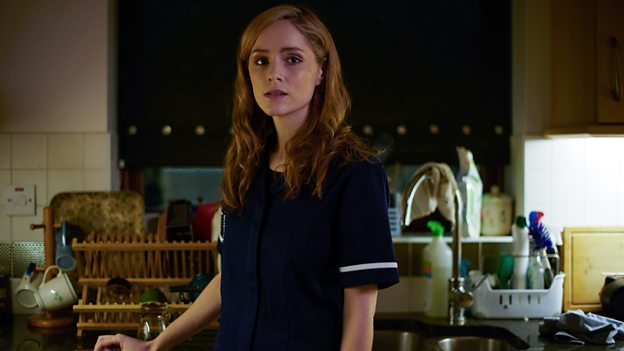 Vicky is a ward sister at a London hospital and loving mother of two young children. Married to police officer PS David Budd, they are separated due to his unpredictable moods and issues with PTSD since he returned from the Afghanistan war. While Vicky still loves and cares for David, she also wants to move on with her life. 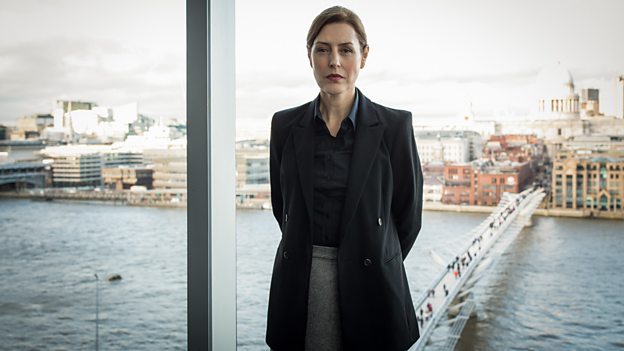 Head of the Metropolitan Police’s Counter Terrorism Command, Sampson reports directly to the Home Secretary, Julia Montague. A woman of seemingly unimpeachable professional standards, Sampson is horrified when Julia threatens to move the investigation into recent terror events over to the Security Service. Caught between policing and politics, Sampson must find a way to cut through the machinations of those around her and get to the truth. 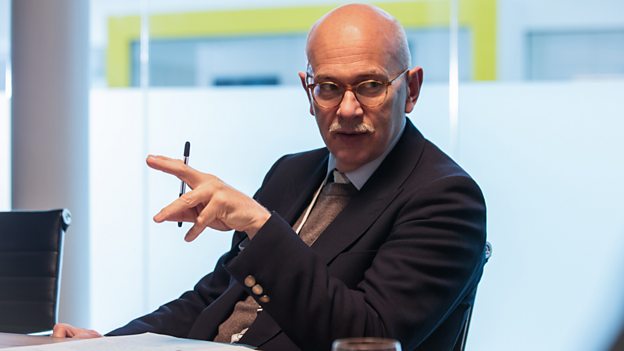 Minister of State for Counter-Terrorism, Mike works closely with the Home Secretary as the investigation into recent terror events progresses. He grows increasingly suspicious and resentful when he is left out of Julia’s private meetings with the Director General of the Security Service. 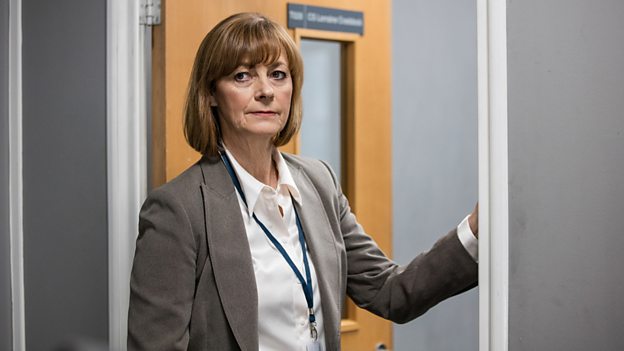 Chief Superintendent Lorraine Craddock is David Budd’s commanding officer at RaSP (Royalty and Specialist Protection). She purposefully assigns David to protect the Home Secretary, Julia Montague, due to his military experience. Always on the side of her officers, Craddock backs David up when he comes under suspicion from other quarters. 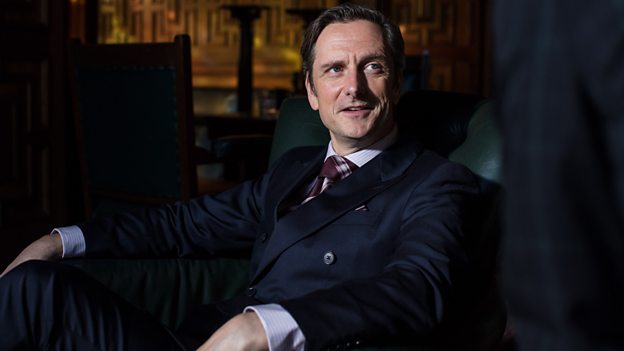 The Rt. Hon. Roger Penhaligon, MP is the Government Chief Whip and former husband of Julia Montague. Relations with Julia are acrimonious, professionally and personally: Roger is a staunch supporter of the current PM and accuses Julia of mounting a secret leadership bid. Resentful of her dominance in Government, Roger is not above going behind Julia’s back to stop her taking advantage of the PM’s weakened position. 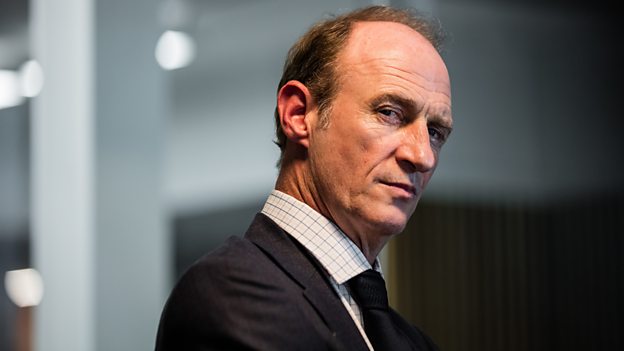 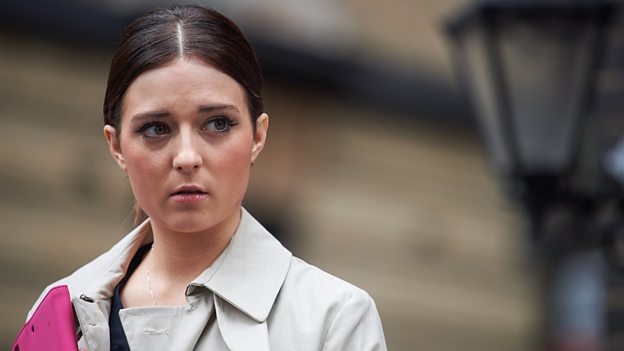 As PR Advisor to the Home Secretary, Julia Montague, Chanel is out of her depth and sometimes fails to take her job seriously enough for Julia’s liking. Glossy and manicured, it’s clear that Chanel is wealthy but Chanel is evasive about where her family money comes from. 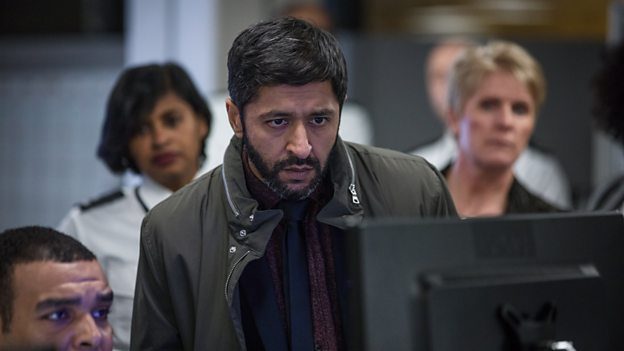 A senior detective in the Metropolitan Police’s Counter-Terrorism Command (SO15), Detective Chief Inspector Deepak Sharma leads the investigation into the recent spate of terror events and reports directly to the branch’s Commander, Anne Sampson. As things fail to add up and the investigation stalls, Sharma forms his own theory as to who might be responsible for the terrorists’ insider knowledge. 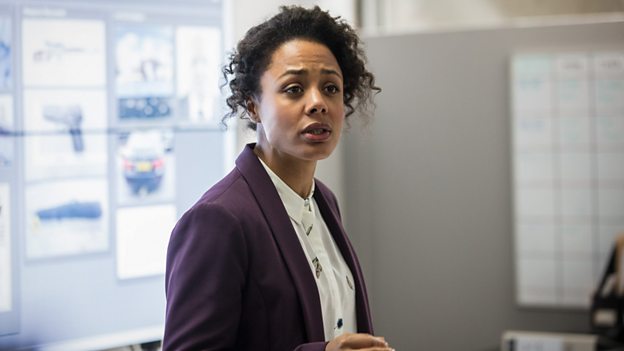 Detective Sergeant Louise Rayburn is a Counter Terrorism officer with SO15. Tenacious and sharp, Louise works under DCI Deepak Sharma to investigate the recent spate of terror attacks. 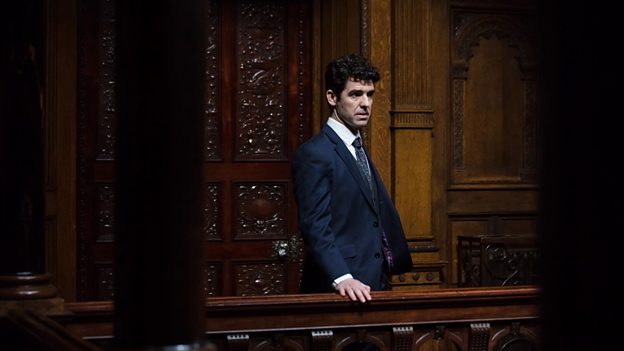 As Special Advisor to the Home Secretary, Rob is apparently loyal and supportive of Julia Montague’s policies. He also harbours a romantic crush on Julia. 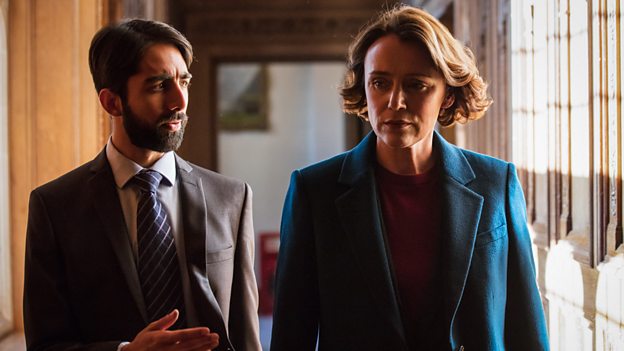 Tahir Mahmood is brought on to the Home Secretary Julia Montague’s team as a replacement PR Advisor after his predecessor is fired. Given the Home Secretary’s hardline position on terrorism, some of Tahir’s colleagues are quick to dismiss his appointment as a PR stunt in itself. Working for such a high-profile target as Julia Montague, Tahir risks becoming the victim of more than just office politics.