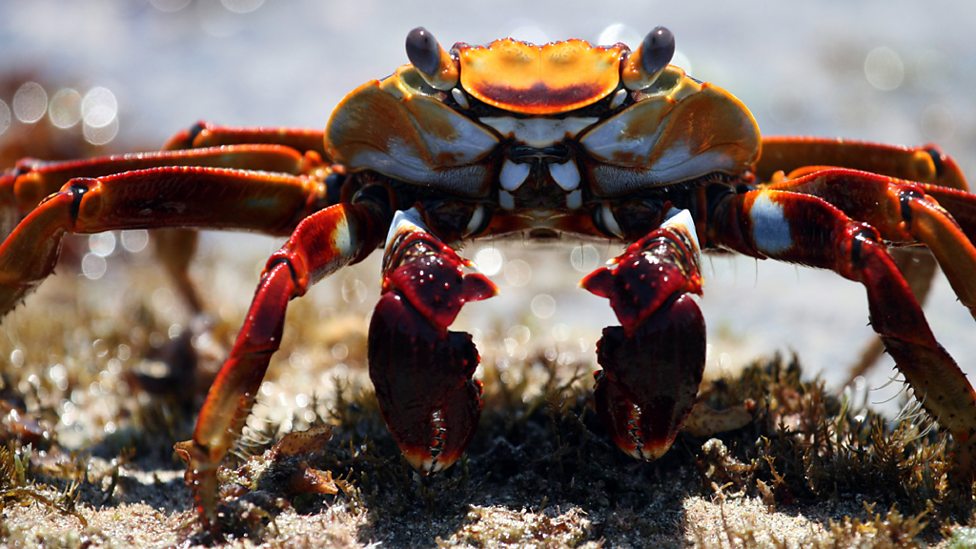 At the coast, two worlds collide. Coasts is the story of how our Blue Planet's wildlife survives in this ever changing world. It's a roller-coaster ride of heart-stopping action and epic drama, with characters from beautiful to bizarre.

60kg tuna are far too fast for sea lions to catch. But the sea lions herd their prey as a team. Trapped in the shallows, the fish are easy pickings.

Land crabs leap from rock to rock, desperately avoiding the water. Moray Eels launch themselves from rock pools to attack; then Octopuses... Both will crawl across dry rock in search of prey.

After a 60 mile return flight, a puffin returns with one precious beak-full of food. But now returning puffins must fight dramatic duels with fast and aerobatic skuas to deliver the food to their pufflings.

In the Pacific, the bizarre Leaping Blenny lives above the tide-line in miniature caves. A male tries to attract a mate - but waves are a constant hindrance. These are fish that hate water!

King Penguins must brave the biggest wall of blubber on the planet - thousands of gigantic Elephant Seals. Then they endure a month with no food as they moult.

How do you film a three inch long creature just above the tideline as waves break along the rocky shore? This was the task I gave cameraman Rod Clarke on the Pacific island of Guam. It’s home to the Pacific Leaping Blenny, which spends most of its life in the splash zone playing chicken with the waves. Rod’s first comment to me was: “You never said they were that small!” as we peered at the rocks trying to find these tiny, camouflaged fish. As every wave arrives the blennies leap away from the water by flicking their powerful tails. To film this behaviour in extreme slow motion Rod had to immerse himself for hours on end in the sea, perched on a small stool, with myself periodically shouting a warning to save the camera when an extra big wave arrived. Then we could move on to film a more intimate part of their lives that has never been filmed before. We found one particular male - our star. He had a nice nest hole a metre above low water mark from which he emerged to graze the algae on the damp rocks. While grazing he was a drab green/brown but as soon as a female appeared he would become jet black and bob and wriggle while flashing his orange dorsal fin. This spectacular dance seemed to work as he was visited by several females who laid their eggs in his nest during the days that we sat in the waves filming him. 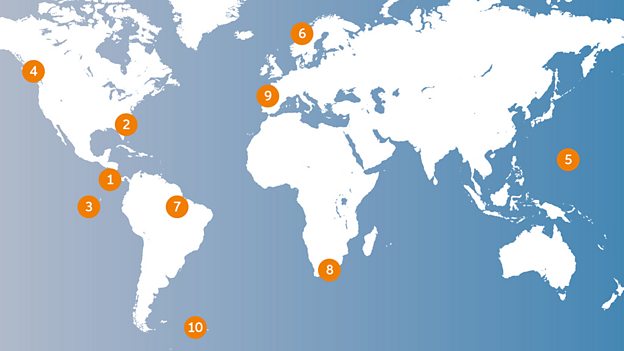 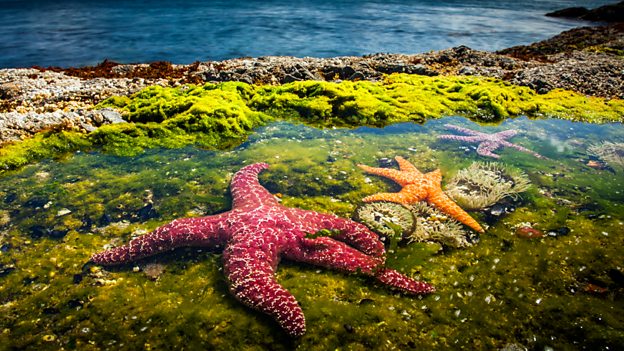 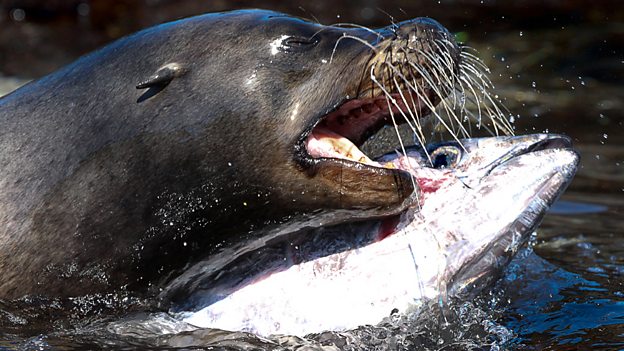 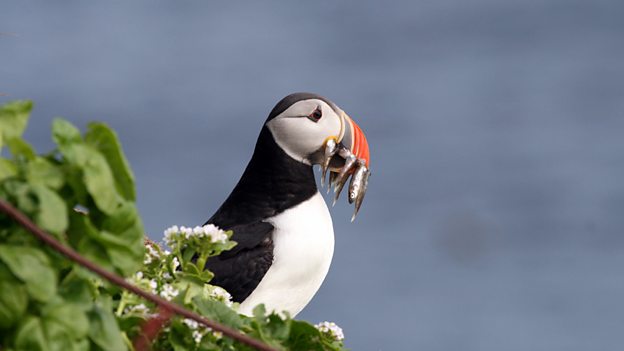 Snubfin Dolphins are a relatively recently-described species, only found on the northern rim of coastal Australia. They’re quite a strange looking thing with a big melon head, a cute blunt face and a seemingly permanent smile. Stranger still, they’d been seen ‘spitting’ by local scientists: they’d pop their head above water and spit from six feet to a couple of metres some times. However no-one was quite sure why.

We took Ted [Giffords, cameraman] and the Cineflex kit to try and film them. They have the third biggest tropical tides in the world around Broome so the landscape changes pretty quickly and there is zero visibility. Trying to predict where the dolphins were going to pop up and start spitting proved to be quite a challenge. It took three and a half weeks before we worked out what certain individuals were trying to do.

Broome has very expansive mud flats that go on for hundreds of metres. They would get covered very quickly as the tide came in - it only took about half an hour. The dolphins would hold back and then as soon as there was a metre or so of water they would come back on to the mud flats and start hunting. We managed to get a shot of them spitting - and once we had it you could see that where the spit lands it startles fish, which then jump back towards the dolphin and they’re able to eat them. It’s a unique behaviour.

Basically the Snubfin Dolphin are exploiting the shallowest possible water. We also saw them stand on their heads - they seem to be stirring up the mud to flush out the fish - and then when they come up they can flip them with their tales to stun them. And then finally, to cap it all off they spit. 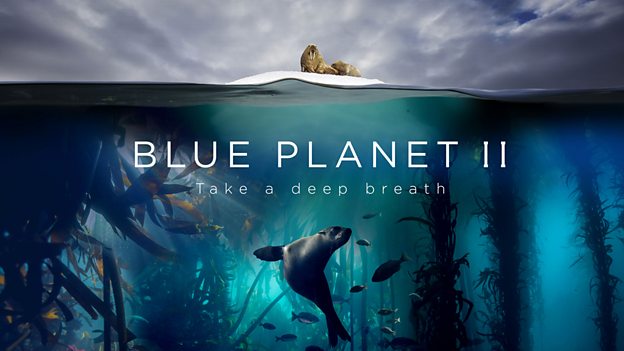