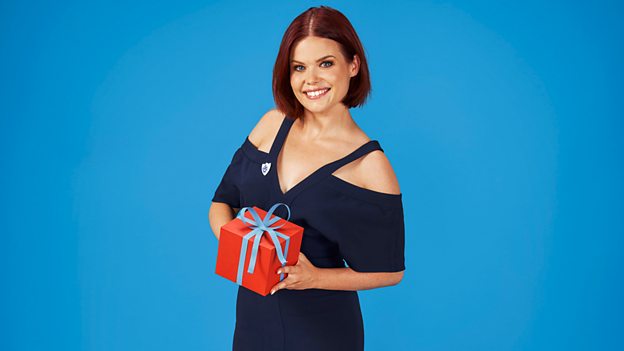 The fact that I get to go lambing one week and literally flying with the Red Arrows the week after makes it the best job in the world.Lindsey Russell

Why is Blue Peter still popular today, what makes it special?

Over the years the Blue Peter values haven’t changed. It is still about what the badge stands for and what it means to children. It has evolved but it is still about believing in yourself, showing that you can do anything if you work hard enough and set your mind to it. The show has stayed true to itself and to its audience and that is why it is still going strong today.

How has BP changed over the past 60 years?

The show is in a brilliant place in 2018 and its 60th year. It has changed in a good way; it has moved with times and evolved with the viewers which is really important. For example our website is hugely popular, kids do twenty things at once these days so they love playing games during the live show such as Spot Shelley as well as watching on TV. The website and the app allow them to get involved in more ways and it is more interactive now than ever. That is why the show is thriving and in a good place because we let kids know they are still the most important thing about the show.

Why did you want to become a Blue Peter presenter?

If you ask any of the other presenters before me they would all say the same, that it is the dream job, in fact I would imagine it would be for a lot of people. It’s true, I can confirm, that it is indeed the dream job and it has totally exceeded my expectations and how amazing I thought it would be. I applied to be a presenter because I like to challenge myself and I like adventure. The weird part though is that I didn’t ever think I would get the job, I just love tempting fate and giving stuff a go - which has worked out well as the show is all about giving things a go, trying new things and not being afraid of failure.

Your best moment as a Blue Peter presenter?

The list is very long! There are lots of best moments and in different ways. The biggest honour is when I got to fly with the Red Arrows and I will always remember that day for the rest of my life. The wackiest thing was wing walking, I mean when are you going to be doing that again? That was a special experience made more special for me as I shared it with Radzi. We don’t often get to share huge moments together, it is either him or me doing the challenge so to get to do it together was great. To hang upside down and pass a baton to him from one plane to another was a special moment. Meeting amazing people is on the list too, I have always loved Ellen Degeneres so to meet her was incredible along with Prince Charles, the Duchess of Cornwall, the Duke and Duchess of Cambridge  and Steven Spielberg was the best interview of my life. I could go on! You don’t have one best moment with Blue Peter, you have one every couple of months.

Your worst moment as a Blue Peter presenter?

It’s weird but some of your best days are also your worst. As time goes on and they get further away you think ‘gosh what a wonderful day that was’ but you forget about some of the more difficult moments. The Wave Runner challenge for Sport Relief was brutal! I was in a zorb ball for 10 hours and I was pretty hypothermic when I finished, it was physically really tough but it was still a massive moment for me. My balloon challenge for the 60th birthday where I fly a hot air balloon solo had its ups and downs, there were quite scary moments. I was in control of my own life for the first time ever whereas usually we have an expert on hand right next to me - but I was all alone in control of a hot air balloon. The worst moment was probably when I realised my life was in my own hands!

What make being a Blue Peter presenter the best job in the world?

It’s the people you meet and the fact that no one day is ever the same, you wake up and every day is different even if you are training for a challenge. It’s also the best job in the world because sitting behind a desk is never something I wanted to do. The fact that I get to go lambing one week and literally flying with the Red Arrows the week after makes it the best job in the world. The people I work with too, the Blue Peter film crew is the best I have ever met in my life, they see you at your highest and lowest points and they are the people that pick me up, they will be friends for life - they are the ones squeezing energy bars in my mouth when I’ve been up a mountain for 10 hours and there are another 10 to go!

Do you feel a sense of responsibility to be a good role model to children?

Yes definitely. I think responsibility to be a role model comes with any job when working with children but especially with Blue Peter as the show is so iconic, being aboard the ship is a huge adventure but a massive responsibility. I want to do the job justice because there are so many iconic legends before me who did such a good job that I feel I have to keep it up.  What is important though is that you can still be yourself and have a laugh, kids wants to see what you are actually like and we are encouraged by our editor to just be ourselves. You also have a responsibility to show your failures, your low points, your silly moments. There is a responsibility to be real.

What do you love/dislike most about Radzi?

My love list is definitely longer than my dislike list. I love it when we are just about to go live, it is my favourite time with Radzi because we have this secret ritual we do before every show I never quite know what he’s going to say but I know exactly what to do when I am around him.

Dislikes?? He makes fun of me the whole time and he messes about a lot, he likes to put me off and make me mess up.

Is there anything/any challenge you would refuse to do?

No, but it is probably a bit late to be asking that, I would have said no by now! There isn’t anything I would say no to apart from maybe singing. I hate it, I find it so embarrassing. I didn’t want to swim with sharks but I have done it, so there is no way now I am singing when I have already swam with two great whites.

If you could choose any challenge to do what would it be?

I like wacky challenges even though not all of them go to plan like the wave runner. I am always up for something a bit different. I’d love to get an amazing World Record, I’ve got silly ones such as how many hats you can wear on your head or how many Blue Peter badges you can pin on your top but it would be nice to get one that is incredible and really impressive. I am open to anything.

If you could choose any Blue Peter pet what would it be?

A dog, 100 per cent! I love dogs particularly sausage dogs and bulldogs. I would love a Blue Peter bulldog.

Were you a Blue Peter fan as a child and if so who was your favourite presenter and why?

I didn’t live here until I was 10 as I grew up in America so I became a fan when I was a bit older but Matt, Konnie, Liz, Simon and Katy Hill are all amazing people, I loved the show and respected them. I never got a badge though, the first one was when I became a presenter. I’ve fallen in love with the show more though since doing it than when I was a kid.

What is the future of Blue Peter?

It is difficult to know the future of TV generally but I do know Blue Peter will definitely always be about the badge and the children watching and that it will continue to involve and inspire the next generation of kids. 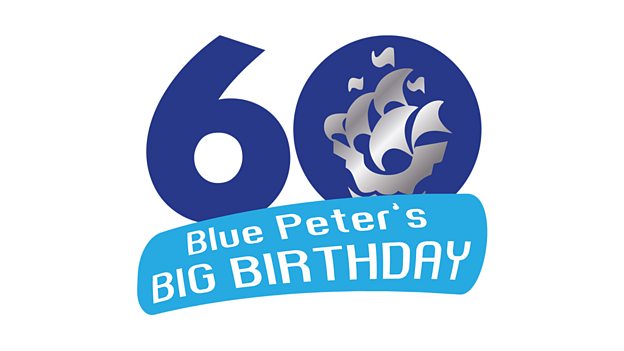