Category: BBC Two; Factual
The home for Autumnwatch New England is Squam Lake, the setting for the Oscar-winning film, On Golden Pond.

On our very own ‘Golden Pond’

This beautiful lake sits right in the heart of the lake region of New Hampshire, which in turn sits right in the centre of New England itself, and it is from here that Chris and Michaela will report on the seasonal stories.

The Autumnwatch studio will be based in a traditional New England cabin, and to make the team feel at home it’s draughty and ramshackle, but comes with a roaring fire and old sofas, as well as a fire pit to gather around outside.

From the studio, a clearing opens out offering stunning views across the lake; as well as access to the lakeshore itself.

All around is thick New England forest, a mix of evergreen and broadleaved trees that give a variety of colour, and offer a variety of habitats for the creatures that live here.

For the first time the team have also introduced a second hub for Autumnwatch New England, linking up with the Squam Lake Natural Science Center a few miles down the road from our studio base.

This gives access to some other habitats, including clearings in which bears are regularly sighted, bird feeders (a rare thing in bear country) that bring in exotic-looking birds and smaller ponds and waterways.

Even more than usual, what we might catch on the Autumnwatch New England cameras will be a mystery until we get to America, put them in and turn them on.

However, the woods in New England are rich and diverse, and there will be plenty of the secret behaviour and hidden surprises that we have come to expect on Autumnwatch

On our woodland cameras we hope to catch a whole host of wonderful wildlife - many that will be familiar to the audience at home, but who also have unfamiliar cousins. Red foxes are the same species as those in the UK, but there are also grey foxes and coyotes in the woods of New England.

White-tailed deer are a common sight, whereas their larger cousins, moose, are very elusive, despite measuring 2m at the shoulders and with the males’ antlers stretching a further 2m across.

A glut of black bears is also expected in the woods, their numbers bolstered by two exceptionally good food years, and more bears mean a better chance that our cameras will pick them up.

Some of the smaller mammals are familiar too - on the lakeshore there are otters, plus a species we have seen on our cameras in the UK - but which is much more at home here - the mink. 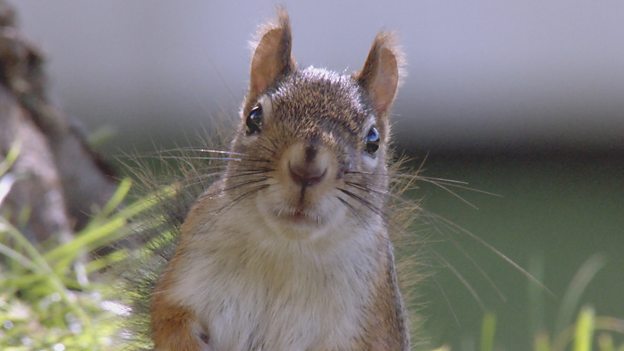 Weasels and stoats play among the boulder piles, while red and grey squirrels live side by side in the USA - with the red squirrels actually seen as the bigger pest out here, a fact the team will unravel in the live shows.

And there are plenty of nocturnal specialists too, with porcupine, skunk, raccoons and flying squirrels coming out after dark, along with owl species ranging from the tiny saw-whet, to the massive barred owl.

We hope to catch all kinds of different birds species, from cardinals, blue jays and chickadees on the feeders, loons and bald eagles on the lake, and many different hawk and vulture species patrolling the skies above. 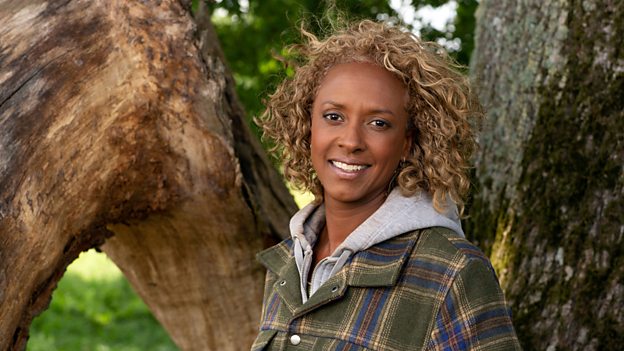 Gillian’s autumn missions will also be based in the Squam Lake area, but she will be exploring slightly further afield, including trips to the lakeside, deeper exploration of the woods and reports from the Squam Lake Natural Science Center.

Each night she will embark on a different mission to unravel some of the harder to see and more unusual stories of the New England fall. Her missions include:

The lake
Squam lake is a large body of water, and Gillian will investigate both the animals that live above it, including the resident bald eagles and those that live on it like the enigmatic loons, before getting in the water itself to see what lies beneath its chilly waters.

The leaf litter
Gillian will delve into the rich, colourful carpet to find the amphibians and insect life that needs this autumnal bounty to survive, including a glorious juvenile newt called a red eft.

Woodpeckers
These forests resound with the sound of woodpeckers, and Gillian will try to track down three different species, including the largest extant species on North America - the pileated woodpecker

Mammal Mission
Gillian will also be on a nocturnal mammal mission - using everything we can learn from our remote cameras to try to see some of the nighttime creatures herself. 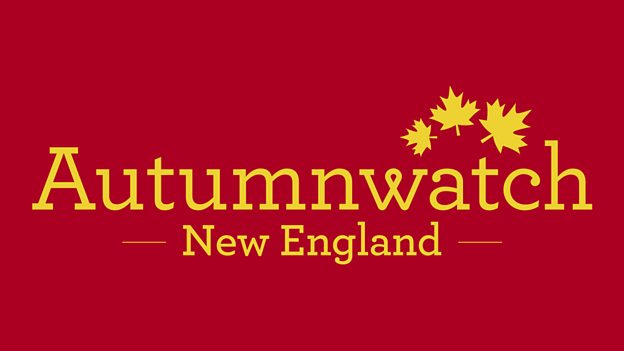