Home / Media packs / All Together Now 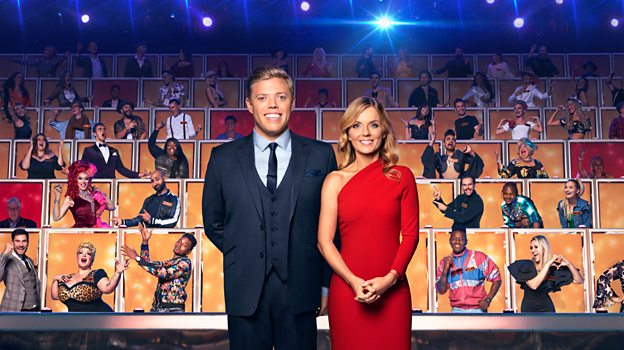 Category: BBC One; Entertainment
Rob Beckett hosts the Grand Final of All Together Now, as ten amazing acts return to face Spice Girl Geri Horner and the rest of The 100, as well as performing together for the first time in a big group number to open the show.

Taking to the stage are male group Xavier, who sailed into the final with an impressive score of 97 as The 100 responded to their slick harmonies, and vocal powerhouse Bernadette who secured a massive 99 in her heat’s sing off.

The finalists wowed us in the heats, and now have to meet the challenge of the final. With such impressive performances and scores, each week, expectations are running higher than ever. But, will any of them do enough to score the perfect 100 and get everyone upon their feet?

Performing songs by artists as diverse as Ella Eyre, Pharrell Williams, Cee Lo Green, Prince, U2 and Meatloaf, the three acts with the highest scores at the end of the night will perform one final time in a nail biting sing off, with a new song of their choice.

Which act has it in them to deliver a performance worthy of the £50,000 prize, and be crowned champion?