Home / Media packs / The Apprentice is back / The board

The Apprentice is back

Lord Sugar is searching for his next business partner… 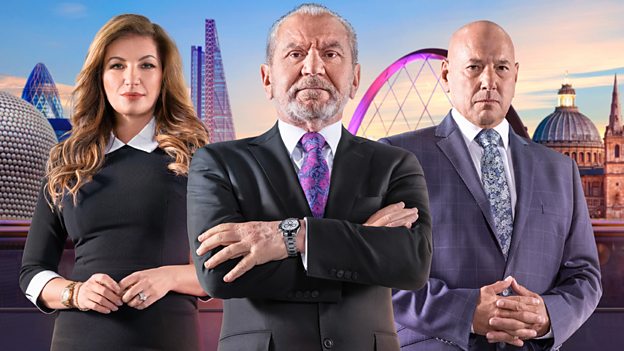 Having left school in Hackney aged 16, Lord Sugar started selling electric goods out of a van he bought for £50. In 1968, he founded Amstrad and now, over 50 years later, he has an estimated worth of over £1b.

In 2000, he was knighted for his services to business and he holds two honorary Doctorate of Science degrees, awarded by City University and Brunel University respectively.

Having previously sat on the Business Council for Britain and fronted a campaign promoting the benefits of apprenticeships, Lord Sugar was named as the government’s Enterprise Champion in 2009 and appointed to the House of Lords as Baron Sugar of Clapton in the London Borough of Hackney.

Lord Sugar has also appeared in all thirteen series of BBC One’s The Apprentice, where aspiring young businessmen and women compete for the chance to work with him. The fourteenth series goes on air this autumn.

Lord Sugar is a philanthropist for a number of charities including Great Ormond Street Hospital and Jewish Care.

Baroness Brady of Knightsbridge CBE is one of the most influential, high profile and respected female business leaders in the UK.

She is currently the Vice-Chairman of West Ham United Football Club, as well as Chairman of Taveta Investments, owner of global brands including Topshop.

She joined the board of West Ham in January 2010, and negotiated a successful bid for the club’s move to London’s iconic 60,000-seat London Stadium. Under her leadership, West Ham has become one of the five fastest-growing brands in world football.

Karren was made a life peer by the Prime Minister, entering the House of Lords in 2014. She received a CBE from the Queen for her services to business, entrepreneurship and women in business.

Karren’s wealth of experience and passion for supporting entrepreneurs led to her appointment as the Government’s Business Ambassador by the Prime Minister in 2013. Karren joined The Apprentice in 2010 and has been an Aide to Lord Sugar for the past eight series, replacing Margaret Mountford when she stepped down from the role.

Claude Littner is a successful entrepreneur and businessman with almost 50 years’ experience. A long-term business associate and friend of Lord Sugar, Claude has chaired a number of his companies including Amstrad International, Amstrad Spain, Dancall Telecom and Viglen.

Claude was Chief Executive of Tottenham Hotspur Football Club. He was also deputy Chairman of Blacks, Chairman of ASCO plc, and Azzurri Telecom, Chairman and majority shareholder of Powerleague plc.

Claude has appeared on The Apprentice in each of the 13 previous series, and best known for his fearsome interview style when grilling the candidates in the penultimate episode of each series. From series 11, he has also assumed the role of aide to Lord Sugar alongside Karren Brady.