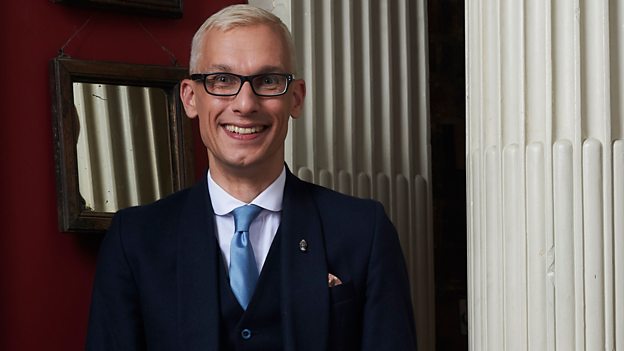 I think the programme is eternally popular because people love a good story.Mark Hill

What has been your personal highlight from your time working on the show?

I think every object is incredibly special in its own right, but my personal highlight was a train ticket I saw at Walthamstow. The lady herself wasn’t even that interested in it - she was asked to queue with it by her husband. But her interest piqued when I told her it was worth £1,000!

What would be your one tip to look out for as a future antique over the next 40 years?

My tip for an antique is studio glass. This is glass that is made by the artist directly, anything made from 1960 onwards. It’s an incredibly vibrant market - great colours and fantastic forms. Many of the names are historically important for the history of decorative arts. We’ve seen huge rises in studio ceramics in terms of prices paid, desirability and popularity.

But, my hot money is on digital. Anything connected to computer games, popular films, pop culture. Nostalgia is a key driver to collecting and that’s what’s going to be popular in the future.

What highlights can viewers look forward to when the new series returns?

I think my favourite find so far has been a Steiff clown. It was brought in by a lady who bought it in the 1970s and it was part of her collection of dolls and stuffed toys. She had absolutely no idea it was by Steiff and hadn’t even noticed that magic button in the back of the ear. She was absolutely delighted when I told her it could be worth £800-1,000, especially when she had only spent £6 on it.

Why do you think the programme continues to be such a big hit with viewers?

I think the programme is eternally popular because people love a good story. It starts when you’re young and being lulled off to sleep by your parents telling you a story. You’re transported to other times and other cultures and your mind just starts drifting away and is expanded. That only gets better as you get older. You can find out more exciting and varied stories plus of course, we’re all a little bit greedy - we are human of course! So it’s about money and stories combined.

What would be your dream item for someone to bring along to a valuation day?

My dream item would be a Dunhill Namiki fountain pen. They are fountain pens that were produced in the 1920s and 30s which are lacquered with all sorts of creatures like dragons, birds and fish. They are fantastically detailed and often took many, many months to create. So that for me, especially if they didn’t know, would be an extremely special object.