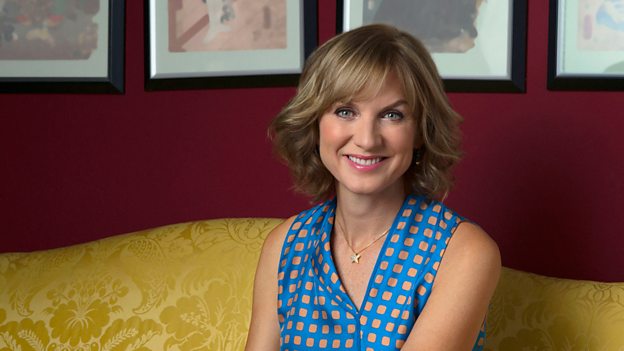 I still remember watching Antiques Roadshow as a child with my parents, on a Sunday night, sitting in our 1970s living room.Fiona Bruce

Congratulations on 10 years of the Antiques Roadshow! What has been your personal highlight from working on the show?

I feel incredibly lucky to have spent the last ten years working on the Antiques Roadshow. I love doing it and I’ve had so many highlights from over the years. My personal favourite would probably have to be when a man of the cloth turned up with a painting, which he thought might be a Van Dyck. I looked at it - and I was making a programme about Van Dyck at the time - and I thought it had the look of the genuine article. And so we had it examined and my hunch turned out to be right. It has been proven to be the case and it is now being exhibited as a Van Dyck. I can’t imagine that will ever happen to me again in my lifetime and it’s definitely a highlight for me.

Why do you think the show continues to be so popular?

I think it’s amazing that the Antiques Roadshow is essentially the same as it has been for 40 years and it’s still hugely popular. What makes it eternally popular is probably what I love about it - that we all hope that we could have something gathering dust on the mantelpiece or in the attic that either turns out to be very valuable, or has an amazing story. It happens week-in, week-out and you’d think that the world would begin to run dry and it hasn’t. We still find amazing things every week.

What is your earliest memory of the Antiques Roadshow?

I still remember watching Antiques Roadshow as a child with my parents, on a Sunday night, sitting in our 1970s living room. Then I suppose when I was in my 20’s I dipped out of it for a while (I was probably going out - or at least I certainly hope so!). I gradually came back to it and then I was asked to present it which I had no idea was coming! I was absolutely thrilled. It’s not often that you get asked to work on a programme you’ve watched for so long and genuinely watch at home.

Has any of the experts’ knowledge rubbed off on you?

I’ve certainly learnt more about antiques. I have my own collections. I have paintings. I collect things called “samplers” which are Victorian pieces of needlework usually done by children in a workhouse to show that they have a skill which can be used in service, stitching household linen or that kind of thing. I think they’re very humble and very beautiful. But our experts are like walking Wikipedias! They’re incredible. And they just fish knowledge out of their brains which is a marvel to behold.

What is the most surprising item someone has brought to a valuation day?

If I had to pick the most unusual thing that’s turned up in the time that I’ve been working on the show - could it be the man that turned up with an Attache case full of loo chains, just a small sample of his collection? Could it be the man that turned up not once, but twice with a foetal membrane dried onto a piece of A4 paper that had belonged to his great-grandfather. It’s called a “core” and it used to be a talisman against drowning and it used to have some value! Or could it be the lady who brought along a potty that had a picture of Hitler on the bottom and when you did a little “tinkle” into it, it played its own little tune. And because it was rare, I think it was worth over £1000 from memory.