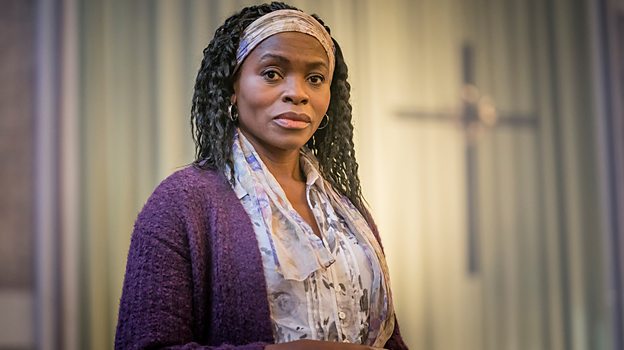 An interview with Rakie Ayola, who plays Gee Walker

Through a horrific act so many lives are changed, so many moments erased. For what? Who gained?Rakie Ayola

Please describe Anthony (the film) to us.

How did you get involved with the film, and what attracted you to it?

I heard about the project through my agent, who sent me the script and information about the production. I remembered the story, so I was initially confused as to how we were meeting Anthony at 24. As I read more and more of Jimmy’s brilliant script, I knew I wanted to be involved in telling this heart-breaking story.

Did you meet with Gee Walker prior to or during filming?

I met Gee briefly before filming started and again during the shoot. Prior to meeting her, I repeatedly watched the many films of her on YouTube. I was struck by her quiet strength. When we met, she made me laugh by saying she'd told Jimmy she didn't like the bad language in the film.

How did you approach playing a real person?

I think playing a real person means the pendulum swings away from the actor's choices and imagination towards the facts, the evidence, the photographs and videos; all within the safety of the script (which I trusted completely). Choices still have to be made, but there are more rules to abide by.

How would you describe Gee as a person?

I was struck by Gee's quiet strength and resilience. She was generous and open-hearted enough to send a prayer to those of us on set every week; blessing the shoot and her now famous capacity for forgiveness is extraordinary. I'm so glad we got to let our hair down at the wrap party and have a dance together.

What were your most memorable moments from filming?

Knowing that Gee was on set as we shot the joyous scenes of Anthony's wedding was intensely humbling. Knowing she was witnessing a moment in her son's life that should have been, but never was, meant I shed a tear one minute then felt a responsibility to have as much fun as possible the next.

What were the main challenges of this film/your role for you?

I feel Gee carries with her a little piece of every place she's ever called home and part of the challenge was to somehow reflect that. Also telling a story like this brings with it huge responsibility.

What do you feel the main messages of Anthony are?

There's a social and moral obligation to say something other than 'terrible things happen'. I think Jimmy's done that. Jimmy (and Gee) are asking us to let our imagination fly and think not just about the terrible event but the distorted years that follow. Through a horrific act so many lives are changed, so many moments erased. For what? Who gained?