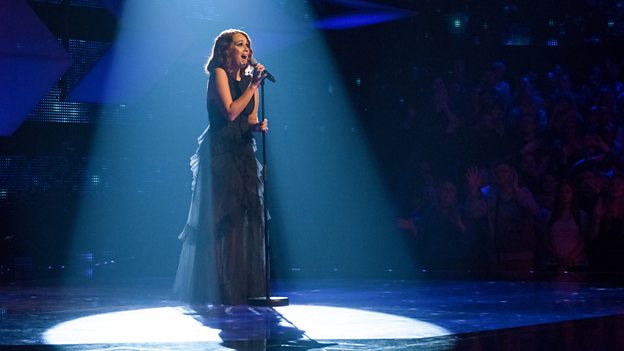 Everyone was round, and my children were watching. My little boy loved it, and there was a real buzz in the playground beforehand!Chloe Griffiths

Category: BBC One; Entertainment
Songs that got you to the final:
Don’t Rain On My Parade by Barbra Streisand and Get Here by Oleta Adams

I’ve always loved the song. Even if people aren’t into musical theatre they tend to know it, and I hoped it would get people up on their feet.

Nerve-wracking! We were all on edge. We hadn’t heard each other sing, so didn’t know who we were up against, but there was also a lot of excitement and adrenalin.

Daunting… It was just a mass of faces. But, when I started performing the nerves went away.

Did you have to go through to the sing-off, how did that feel?

I kind of resigned myself to it, once I heard Jodie. Norbert had been brilliant too, so I didn’t feel there was much point - I didn’t think I would get through. It was very emotional.

Did you watch your episode, what was the response from your family and friends?

Yes, it was very exciting. Everyone was round, and my children were watching. My little boy loved it, and there was a real buzz in the playground beforehand!

Yes, because I knew how good everyone was.

Yes. It was a really nice atmosphere; we all got on, and are still in touch.

Best memory from taking part in the show.

Probably when I performed Don’t Rain On My Parade.

I Dreamed A Dream - it’s a classic.

We met them at the end, on stage, they were lovely.