Home / Media packs / All Together Now - The Final 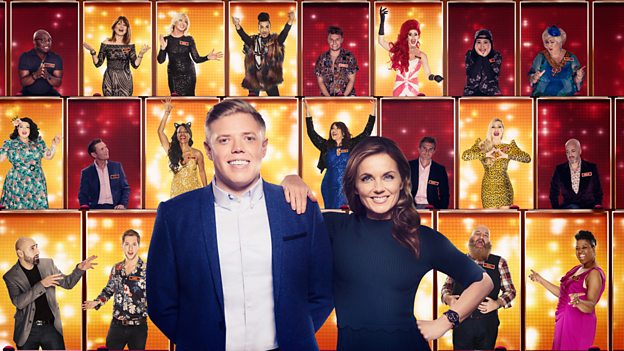 Category: BBC One; Entertainment
Over five heats, All Together Now performers have been singing their hearts out, willing The 100 to stand up and join in, knowing that the more who stand up, the higher their score will be.

They have all been hoping to reach the final and get the chance to win the series, and take home the life-changing £50,000 prize. Our ten worthy finalists have now all secured their places in the final, and will be hoping to inspire the 100, once again.

The finalists will each perform a of their choice hoping to get Spice Girl Geri Horner, and as many members of The 100 as they can, up on their feet joining in. The three acts with the highest scores must then perform one final time in a make or break sing-off, with a brand new song. The scores are reset to zero, and with so much at stake which act will have more of The 100 up on their feet singing along to become champion?

The ten finalists include Michael Rice from Hartlepool who scored the perfect 100 in his heat. At just 20 he is the youngest act in the final. Also appearing are soprano Victoria Oruwari, Welsh singer Karl Lewis, ballad powerhouse Rachael Hawnt and West End performer Jodie Steele. The line-up also includes the unforgettable girl group The Sundaes, who give a typically fun and colourful performance, the charismatic Tabi Gazele and mum of three Chloe Griffiths. We will also see the return of R&B fan, James Thompson – the only other performer to get all of The 100 up on their feet, and call centre worker Rachel from the Rhondda Valley will be back to wow us once more.

What will it take to win over Geri, Paulus, Mr Fabulous, Lili, Divina and the rest of The 100 for one final time, and in doing so win the series title and £50,000?