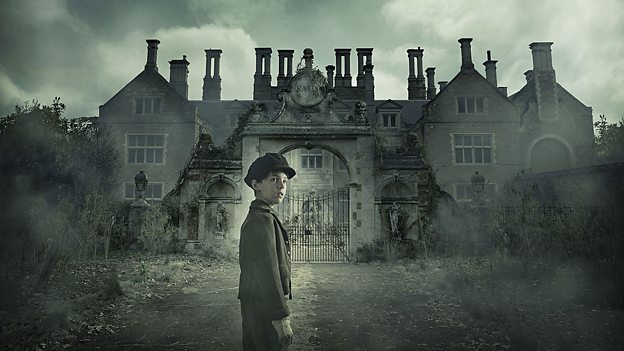 Here Ray Winstone who stars as Magwitch and Gillian Anderson who stars as Miss Havisham talk about playing two of Dickens iconic characters and why Great Expectations is a must see for viewers who enjoy a bit of Dickens at Christmas.

"Christmas without a BBC show or drama is not really Christmas is it. You have enough to drink and eat and then you sit down by the fire and watch a good drama, and there's nothing better than Dickens at Christmas," says Ray Winstone, the East-London born actor who follows in the footsteps of past luminaries such as Finlay Currie and James Mason in the role of Charles Dickens fearsome convict, Abel Magwitch.

Just as Finlay Currie who played Magwitch in David Lean's 1946 critically-acclaimed version of Great Expectations left his indelible mark on the impressionable young Winstone, Winstone is now set to strike fear into the hearts of a new generation of youngsters when he emerges from the shadows of a foggy marshland to pounce on 11-year-old Pip played by Oscar Kennedy. An encounter which will change both lives forever.

"I remember the film came out with Sir John Mills and Sir Alec Guinness it kind of stuck in my mind, especially the sequence at the beginning in the graveyard - it scared me. It was the kind of image that stuck with me all of my life really. It was the character in the film actually, the old boy who played him, the fear you have as a kid, someone coming out of the dark, the kind of thing you have nightmares about," says the 54-year-old father of three.

"As I got older, I began to realise what the film was all about, it is such great writing. The fact that it's about where we come from, the inverted snobbery of people from other worlds, and what love is, and how love can be so cold. There's a hell of a lot going on in it. Maybe as a kid you don't understand, but you get it when you get older."

Young Philip Pirrip, Pip, the orphan from the forge at the heart of Great Expectations who survives his terrifying ordeal at the hands of Magwitch, is set for heartbreak following his encounter with Miss Havisham, the reclusive owner of Satis House. Encouraged to believe he has a future beyond the forge and also with Miss Havisham's adopted daughter Estella, his eyes are opened, and he falls in love, but this is all part of a master plan to destroy him.

"Miss Havisham draws him in and kind of opens his eyes and his heart, ultimately to crush it," says Gillian Anderson who was fabulous as Lady Dedlock in BBC One's critically-acclaimed drama serial, Bleak House.

The star of The X-Files and The Crimson Petal And The White, explains why the role of Miss Havisham was one she could not resist.

"Miss Havisham is an iconic character that kind of pervades our world in various forms. I was kind of interested in what it was that was so appealing about her, why she seems to get under people's skin, a woman who is deeply, almost psychotically manipulative and potentially really psychologically damaging to the two children that we see her have this direct impact on, and so there was a curiosity there for me.

"I don't know how much of my falling in love with her was about falling in love with my interpretation of her or what I was getting off the page of the script or from the book, the bottom line is knowing that the BBC would do a spectacular production, but also really admiring Sarah's (Phelps) adaptation, and feeling this was the one I wanted to be involved in."

Despite the time and effort that went into creating Miss Havisham's make-up, Gillian isn't complaining. The transformation from glamorous mother of three into one of Dickens most haunting characters was due to the skill of some of the best costume, hair and make-up teams in the country.

"It didn't actually take that long to get into hair and make-up every day," explains Gillian. "There were two different wigs but three different stages of deterioration for the wigs, and I think four-and-half stages of deterioration for the costumes, so it was mostly about getting that right. The last wig we had to put a bald cap on because she's lost so much of hair that you actually see through to her scalp. So that took a little longer, I think it was still under two hours."

The creation of the decaying interiors of Satis House by Production Designer, David Roger, was also a source of inspiration for the actress.

"There was something, I couldn't quite put my finger on it when I was inside the house," continues Gillian. "The set decorations had such depth to it. There was a layer of dust that was almost opaque between the cobwebs... it felt like the house was a living, breathing organism and that were it able to shake itself out, it would be able to have a conversation with you," laughs the American-born actress.

"It was stunning, every aspect of it including the mould that was developing in the corners; the moistness and the fungi; it was beautifully and tragically created."

As the world prepares to celebrate the bicenntary of the birth of Charles Dickens next February, Gillian reveals why she believes the much-loved writer of such epics including Oliver Twist, David Copperfield, Bleak House, Martin Chuzzlewit, Nicholas Nickleby, Little Dorrit and Hard Times has endured the test of time.

"He is a wonderful storyteller and there are common recognisable themes in his books," says the London-based actress. "His characters are so complex, so multi-faceted and painful and tragically human, but also he draws such interesting stories. "

With Christmas only three weeks away, have Ray and Gillian made any plans to gather the family around the television set to watch their performances in the popular Dickens classic?

"I don't know about the whole family sat around watching me on Great Expectations at Christmas," says Winstone with a smile. "I will be there and the little'un and that, but I suppose the older ones will be out somewhere gallivanting about, but I certainly will be watching."

"I would if I was here, but I am not actually in the UK at that point, but I have every intention of bribing somebody for a DVD copy so we will be able to watch it when we're away." 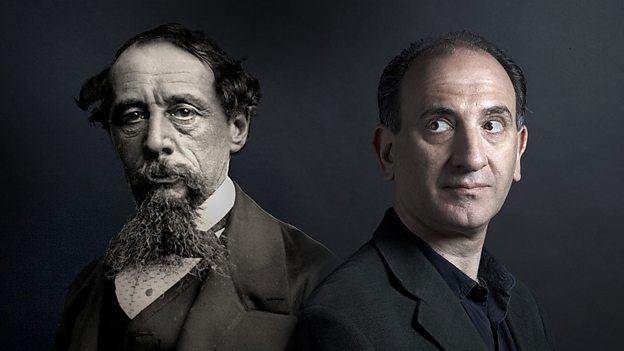 Dickens on the BBC 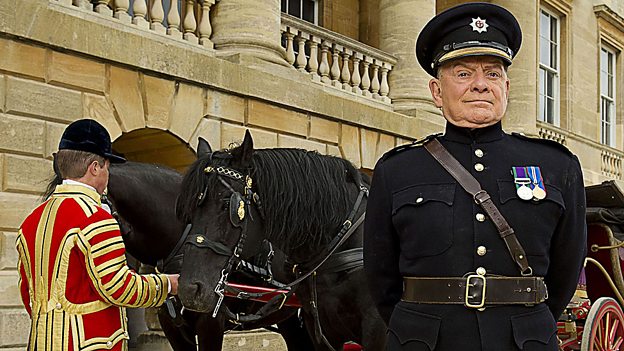 Christmas on the BBC

Festive programming across the BBC this Christmas