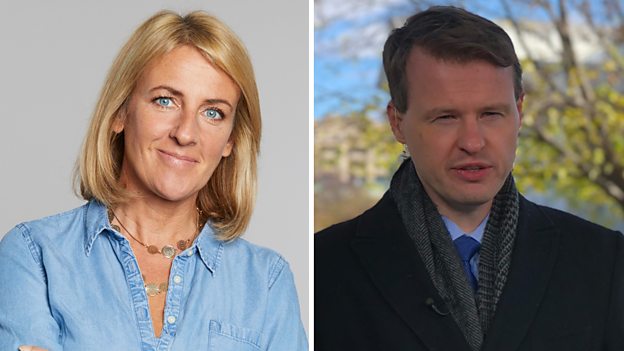 They will make a formidable pairing and we’re excited to see what they bring to the programme and station.Adam Smyth


Most recently Chris Buckler has been BBC News’ Washington Correspondent while Sarah Brett has hosted her own late night discussion programme on BBC Radio 5 live.

Adam Smyth, Head of BBC News NI, says: “Following a competitive process, we are pleased to confirm Sarah and Chris as the new voices of breakfast news on BBC Radio Ulster. While they have each gone on to forge impressive careers across the BBC, they have remained passionate about news and events Northern Ireland and they bring with them a wealth of broadcasting experience. They will make a formidable pairing and we’re excited to see what they bring to the programme and station.”

Born in Northampton, Sarah Brett moved to Donegal when she was four years old. She studied journalism at the North West Regional College, Londonderry, before writing for newspapers including the Sunday Tribune, The Irish News and The Belfast Telegraph.

Chris Buckler joined the BBC in 1999 as a news trainee and went on to present and report for BBC Radio Ulster and BBC Newsline. In 2008 he joined BBC network news as North of England Correspondent and later UK Affairs Correspondent. He returned to Belfast as Ireland Correspondent in 2013 before heading to Washington two years ago to report on the Trump administration and stories across north America.

Chris grew up in Helen’s Bay and studied at Queen’s University and later Ulster University. As a law student at Queen’s he reported for Belfast Community Radio before going on to produce Stephen Nolan’s evening programme when the station became Belfast Citybeat. Chris also worked for the Belfast Telegraph before joining the BBC.

Chris says: “Having covered two very busy years of Donald Trump’s presidency it was a difficult decision to leave the US ahead of this year’s election… But the opportunity to come home and be a part of BBC Northern Ireland’s flagship news programme was too much to turn down. I worked with all of the legendary presenters who are stepping down and it is a genuine honour to follow them on Radio Ulster’s airwaves.

“I’ve spoken to Sarah many times from Washington on BBC Radio 5 live and I can’t wait to sit alongside her in the studio in Belfast. We intend to make the programme a must-listen in the mornings and with ministers back in Stormont it is a great time to be relaunching the show. There may be some changes but you can rest assured that we’ll continue to investigate the big stories and ensure people are held to account.”

Sarah says: "It’s been an extraordinary five years to work at 5 live, there’s nowhere like it for breaking news and political analysis. The people that work for this station are exceptionally creative and hardworking, but I’d like to single out the late team who’ve shaped my current show into something unique on the network. They’re also great people and a right laugh, which is entirely necessary in the middle of the night.

“I’m delighted about coming home for so many reasons, but to come back into a programme that’s the soundtrack to so many people’s mornings is a real honour.

"We’re at the epicentre of huge political and social change in Europe, the UK and the island of Ireland, but there’s so much happening on a local level too that’s just as important.

“Chris and I and the superb team at BBC Radio Ulster are totally committed to bringing you the best of that every day. And brighten your morning with a few smiles if we can.”

Chris and Sarah will join the station in April. Good Morning Ulster is on BBC Radio Ulster Mondays-Fridays from 6.30-9am.

It was announced in November 2019 that broadcasters Noel Thompson and Karen Patterson were stepping away from presenting Good Morning Ulster. 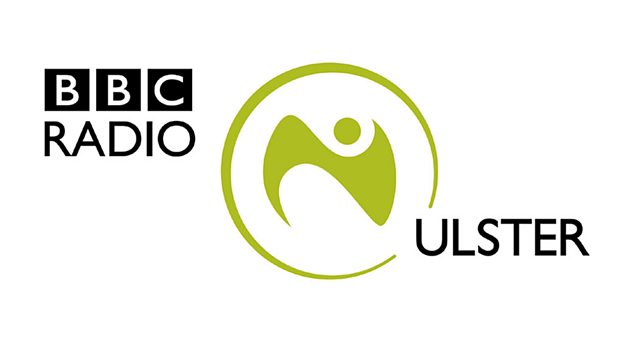