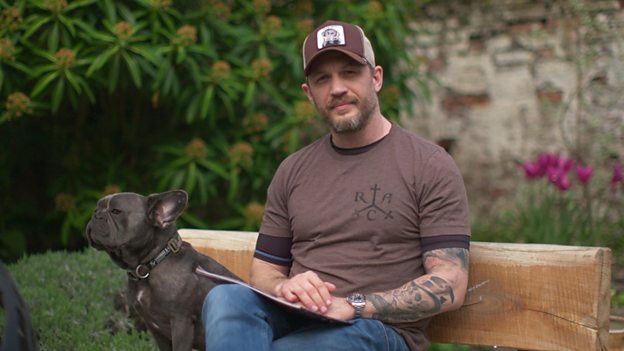 It’s during challenging times like this that the BBC serves its purpose to entertain the whole of the UK and these new stories are guaranteed to do just that with their themes of long distance friendship, sharing problems and true courage in overcoming seemingly impossible challenges.Cheryl Taylor

Category: CBeebies
CBeebies’ most popular Bedtime Stories reader, Tom Hardy, is returning to screens with a selection of brand new stories to settle the nation’s children down before they make their weary way to bed.

The actor first appeared on CBeebies back in 2016 and since then his Bedtime Stories have been requested an incredible one million times on BBC iPlayer*.

Tom wanted to play a part in keeping the children of the UK entertained at this challenging time and will read a new story each day starting on Monday 27 April to Friday 1 May, with the date of his sixth, and final, story yet to be confirmed.

Tom, who was accompanied by his adorable French bulldog, Blue, for some of the stories will read his first, Hug Me, by Simona Ciraolo on Monday 27 April at 6.50pm on CBeebies. It is about Felipe the young cactus who really needs a hug but his family just isn't the touchy-feely kind so he sets off to find a friend of his own - and a hug.

Tom opens the story by saying: “Hello. I’m Tom. Sometimes, on a day like this, I feel strong and happy. But on other days, I just need somebody to give me a hug. Tonight’s bedtime story is all about a little cactus called Felipe, who just wants a hug too.”

He concludes the story by reassuring viewers: “So, in the end Felipe found someone to hug. It’s not always possible to hug the ones that you love. But they’re always there, in your heart.”

Other stories include: Under The Same Sky by Robert Vescio and Nicky Johnston on Tuesday 28 April, about two children on opposite sides of the world who crave friendship. Is it possible to be friends across the miles?; There’s A Tiger In The Garden by Lizzy Stewart is on Wednesday 29 April and is about the power of imagination being able to take you anywhere, even for Nora who doesn’t believe her Grandma when she says she’s seen a tiger in the garden; and Don’t Worry, Little Crab by Chris Haughton is about mustering the courage to try something new and how saying: "Don’t worry, I’m here" can help tentative little crabs discover the brilliant worlds that await when they take the plunge.

Concluding ‘Tom Week’ on Friday 1 May, is The Problem With Problems by Rachel Rooney and Zehra Hicks. Tom tells the bold, humorous and insightful story about how to deal with problems.

Cheryl Taylor, Head of Content, BBC Children’s, says: “It goes without saying how thrilled we are to have Tom reading more stories for us. It’s during challenging times like this that the BBC serves its purpose to entertain the whole of the UK and these new stories are guaranteed to do just that with their themes of long distance friendship, sharing problems and true courage in overcoming seemingly impossible challenges.”

The filming of Tom’s new stories was carried out in his garden and in line with the social distancing guidelines.

CBeebies Bedtime Stories in on each weekday at 6.50pm on the CBeebies channel and is also available on BBC iPlayer.