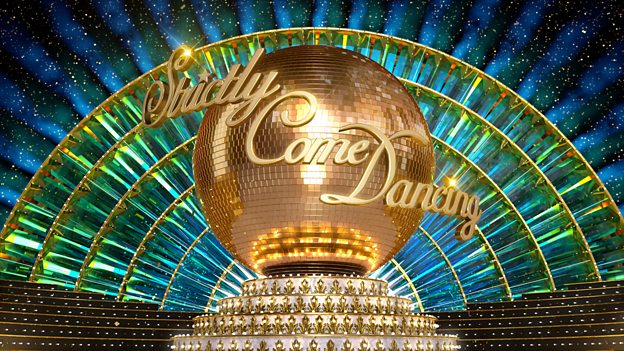 We can’t wait to see what magic they will bring to the ballroom this year. Strictly 2020 promises to be an unforgettable series, with more exceptional choreography and world-class dancing.Sarah James, Executive Producer

Category: BBC One; Entertainment; BBC Studios; Commissioning; Casting
Following an epic year for Strictly Come Dancing, which was the highest rating entertainment series of 2019, the multi-award-winning series returns in 2020 to dazzle once again.

Sarah James, Executive Producer, BBC Studios, says: “It’s wonderful to welcome back so many talented individuals within this year’s line-up of Strictly Come Dancing professional dancers. They are each at the top of their game and as a cast are simply incredible. We can’t wait to see what magic they will bring to the ballroom this year. Strictly 2020 promises to be an unforgettable series, with more exceptional choreography and world-class dancing.”

Kate Phillips, Controller of BBC Entertainment, says: “We are very proud of Strictly Come Dancing and our professional dancers. They are undoubtedly in a class of their own and they’ll be back in force this autumn to put our class of 2020 through their paces, providing another series of unmissable TV!”

Further announcements and information, including which dancers will be partnered with celebrity contestants, will be announced in due course.

Strictly Come Dancing originally launched on BBC One in the UK in 2004. The entertainment format - known internationally as Dancing with the Stars - has become a success story all around the world, and the format has been licensed to over 55 countries by BBC Studios.

Strictly Come Dancing is a BBC Studios production for BBC One. The Executive Producer is Sarah James, the Series Producers are Jack Gledhill and Lee English, and Robin Lee-Perrella is the Series Editor. The Commissioning Editor for the BBC is Jo Wallace.

An earlier version of this release stated that AJ Pritchard will take part in the next series. AJ has since announced he will be stepping down from the show. 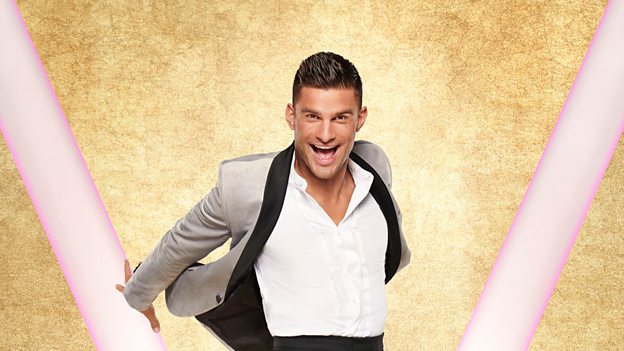 Born in Slovenia, Aljaž took to the dance floor at the age of five and enjoyed much success in his home country where he won 19 Slovenian championships in Ballroom and Latin. For over a decade of competing, Aljaž represented Slovenia at a world level.

Aljaž joined Strictly Come Dancing in 2013 and during his first year, he lifted the Glitterball Trophy with Abbey Clancy. Other partnerships have included Alison Hammond, Helen George, Gemma Atkinson and, most recently, Viscountess Emma Weymouth. 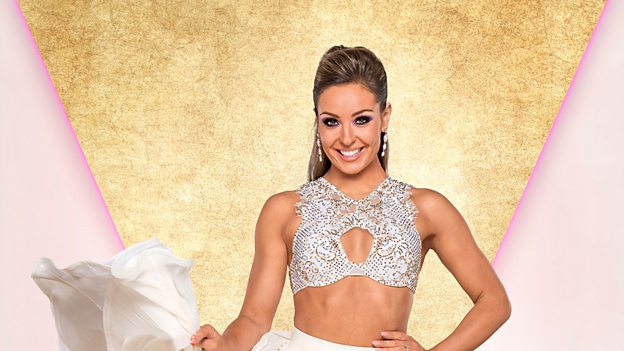 Amy grew up watching Strictly Come Dancing from her home town of Caerphilly, South Wales, and in 2017 her dream of dancing on the show came true when she joined the series as a professional dancer. Most recently Amy was paired with CBBC presenter Karim Zeroual. Together they received the first 40 of the 2019 series and also a place in its final. 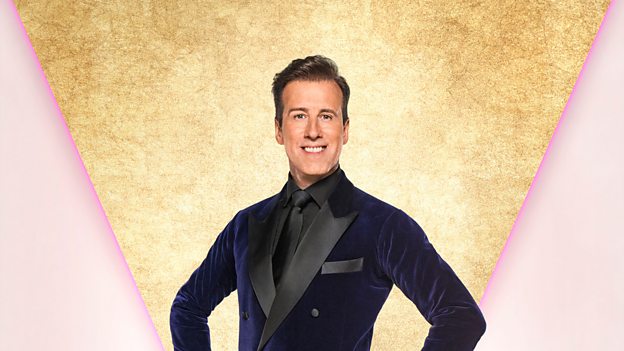 Anton Du Beke joined Strictly during its first series and is the only professional dancer to have danced in every series. He is yet to lift the Glitterball Trophy, though came close in the most recent series, making it all the way to the final with EastEnders’ star Emma Barton.

Anton’s other partnerships have included Ann Widdecombe, Nancy Dell’Olio, Judy Murray and Ruth Langsford, and over the years he has provided the show with some of its most memorable moments. 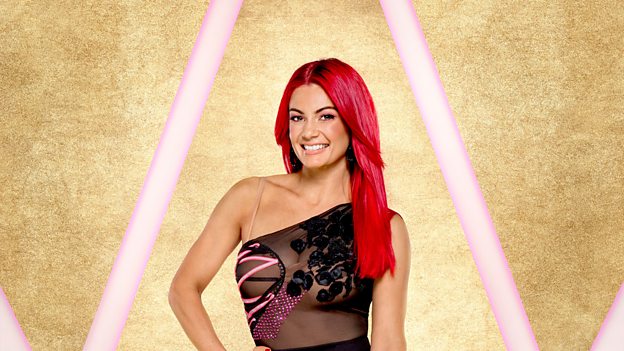 Dianne Buswell is an Australian Open Champion and four-time Amateur Australian Open Finalist. She was a professional dancer on the Australian version of Strictly Come Dancing before joining the UK series in 2017. 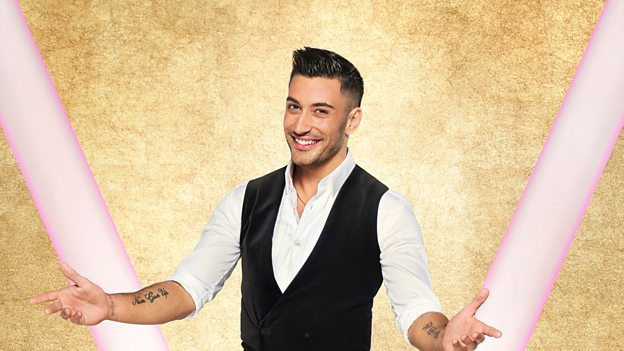 Giovanni Pernice was born in Sicily but as a child moved to Bologna to pursue his dancing career, during which he successfully won the Italian Championships in 2012. Giovanni has been a professional dancer on Strictly Come Dancing for five series, and has made the final an impressive three times, with Georgia May Foote, Debbie McGee and Faye Tozer.

In the most recent series he partnered Michelle Visage, and danced all the way to the Blackpool Special. 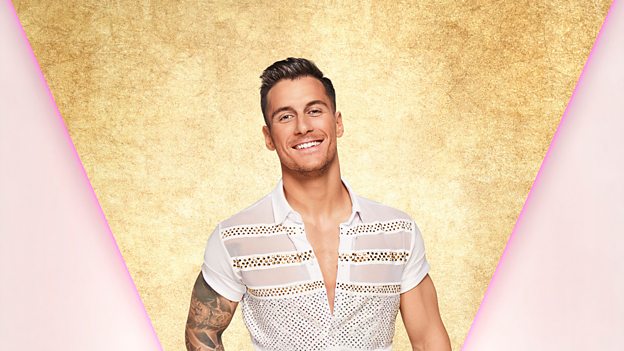 Gorka Marquez began dancing at the age of 12. He represented Spain in the World Latin Championships in 2010 and reached the semi-finals of the 2012 WDSF World Cup. Gorka has been a professional dancer on Strictly since 2016 and has danced with Tameka Empson, Alexandra Burke and Katie Piper.

During the 2019 series Gorka performed a special routine with his partner Gemma Atkinson, when she returned to the Strictly ballroom for the Christmas Special. 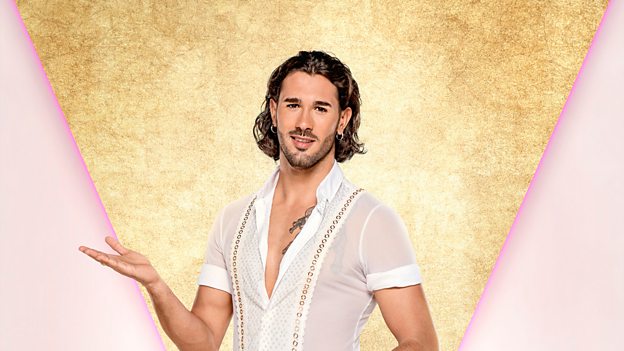 Sicilian-born Graziano Di Prima, an Italian Latin Champion, joined Strictly Come Dancing in 2018, partnering radio presenter Vick Hope in his first year on the series. Before Strictly, as well as competing for his home country, Graziano also represented Belgium at the World Championships and made the top 24 at the Under 21 Latin World Championships. Graziano has also toured the world with the dance company Burn The Floor. 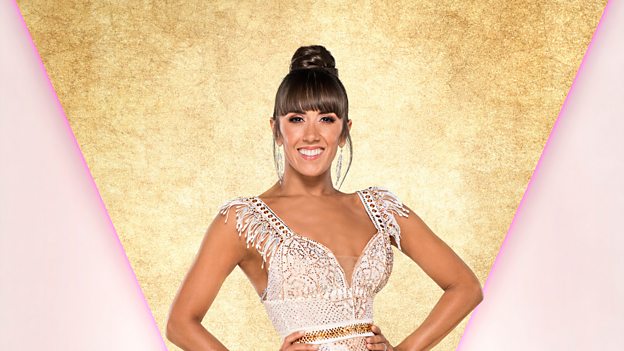 Janette Manrara was born in Miami, Florida and joined the Strictly Come Dancing family in 2013. Before Strictly, Janette was already a dancer at a global level, performing with Jennifer Lopez at the 82nd Academy Awards as well as being a principal dancer in the TV series Glee.

Janette was also a finalist in season five of So You Think You Can Dance in the USA. Janette’s Strictly partners have included Jake Wood, Peter Andre, Dr Ranj and most recently Will Bayley. Janette has also won the Strictly Come Dancing Christmas Special twice with partners Melvin Odoom and Aston Merrygold. 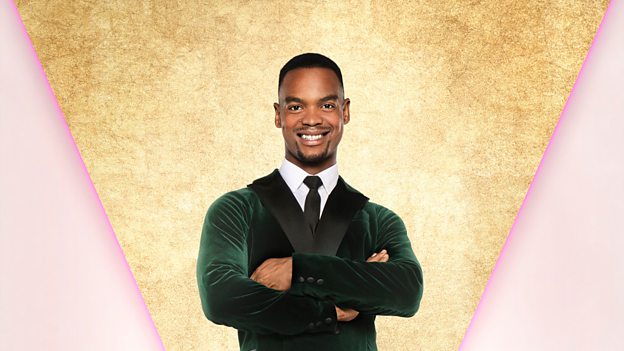 In 2019 Johannes was partnered with his first celebrity partner in the UK, actress Catherine Tyldesley, and also impressed viewers with memorable performances in group numbers and music acts. 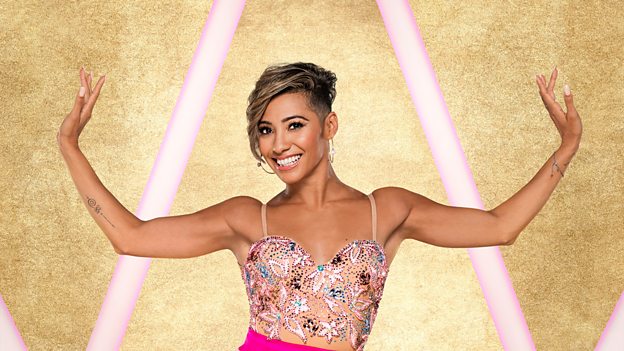 Originally from Venezuela, Karen moved to New York when she was eight years old where she became United Amateur American Rhythm National Champion and Professional World Mambo Champion. In 2009, Karen appeared in the US series So You Think You Can Dance.

Karen is the longest-serving female professional on Strictly and over the years has enjoyed memorable partnerships with Jeremy Vine, Mark Wright, Charles Venn, and most recently reached the semi-final with comedian Chris Ramsey. 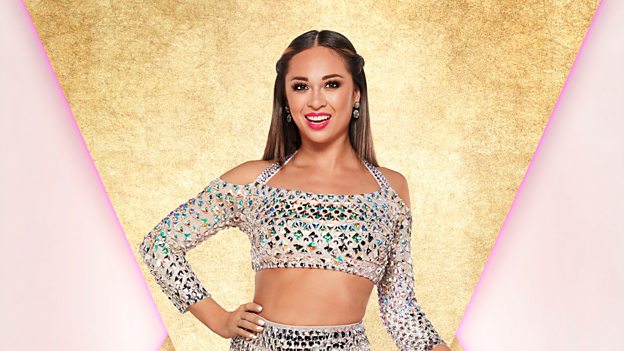 On Strictly, Katya has become known for her inventive choreography and among her most memorable routines is her Salsa to Gangnam Style with Ed Balls. She lifted the glitterball in 2017 with Joe McFadden and most recently was partnered with BBC Breakfast’s Mike Bushell. 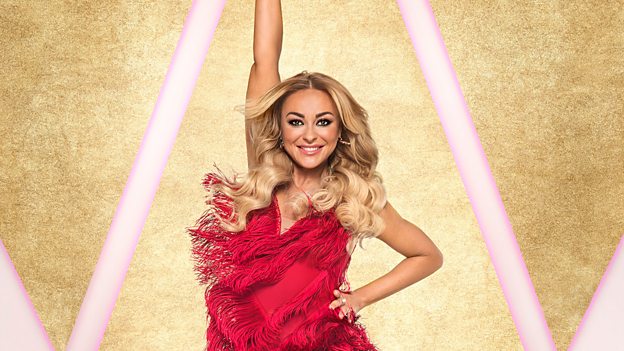 Russian-born Luba Mushtuk is four-time winner of the Italian Dance Championship and is also an Italian Open Latin Show Dance champion and Latin European Championship finalist. Luba was part of the Strictly Come Dancing family for several years as an assistant choreographer, before becoming a professional dancer on the programme in 2018.

In 2019 she partnered Olympian James Cracknell. 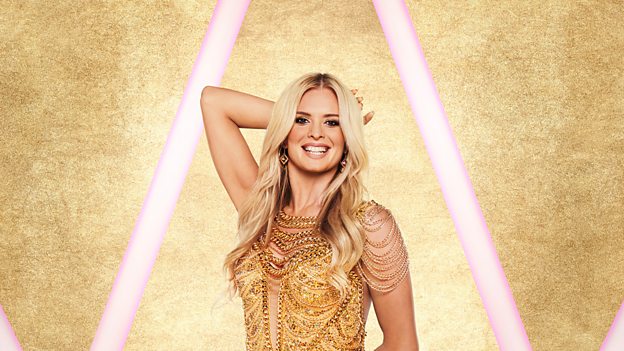 Nadiya Bychkova is a highly-decorated dancer originally from Ukraine. She now splits her time between the UK and Slovenia, where she lives with her fiancé and young daughter. 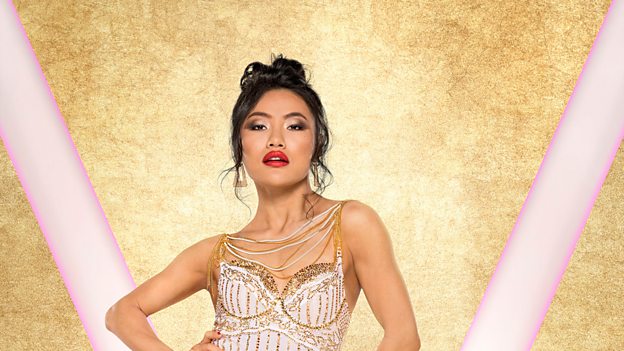 2019 newcomer Nancy Xu is a world-class Latin dancer who was a finalist in the U21 World Championships in 2010, took third place in the 2010-2012 CBDF National Amateur Latin Championships and was a runner-up at the 2013 International Singapore Championship. Nancy was also a finalist on So You Think You Can Dance in her home country of China.

During her first series on Strictly Come Dancing, Nancy performed in all the series’ group numbers, as well as dancing for guest music acts and in the Children in Need special, partnering EastEnders’ actor Rudolph Walker. 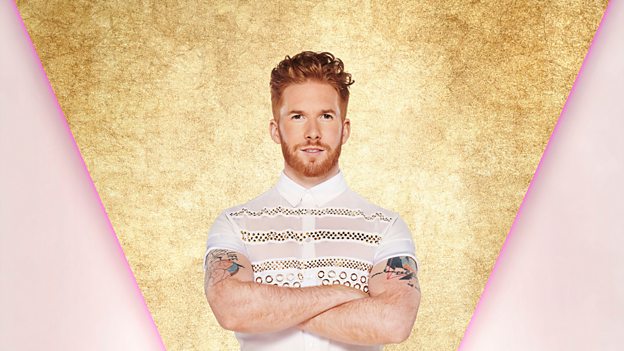 Neil Jones is a four-time undefeated British National Professional Champion and three-time winner of the World Amateur Latin Championships. In 2015, he was crowned World Professional Latin Showdance Champion. Neil was also previously the eight-times Dutch National Champion and won over 45 titles around the world during course of his competitive career.

Neil has been a Strictly professional since 2016, dancing in the series’ group numbers and Christmas Specials, and in 2019 partnered footballer Alex Scott, reaching week 11 of the competition. 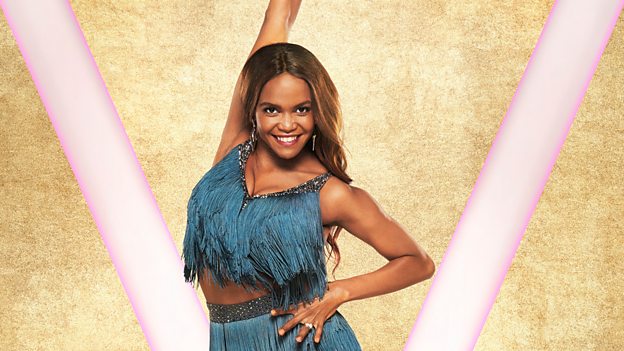 Oti Mabuse began dancing in her home country of South Africa and is an eight-time South African Latin American Champion. She moved to Germany to further her dancing career and there achieved many titles including World European Latin semi-finalist and World Cup Championship semi-finalist.

Oti became a professional dancer on Strictly Come Dancing in 2015 and has enjoyed memorable partnerships including with Danny Mac, Jonnie Peacock and Graeme Swann. In 2019, after her original partner Jamie Laing sustained an injury before the competition began, she was partnered with Kelvin Fletcher. Together they stunned viewers with their routines and successfully lifted the Glitterball, making Oti the current reigning pro champion. Oti is also a dance captain on BBC One’s The Greatest Dancer.