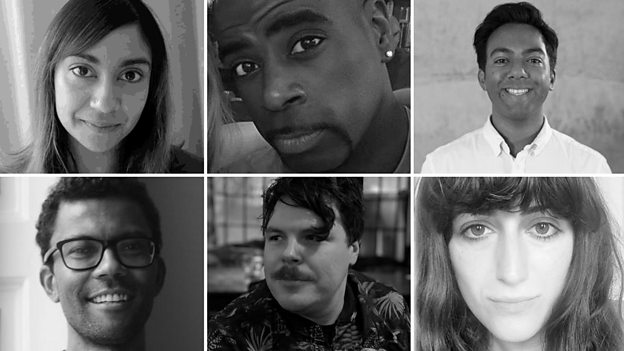 Category: Corporate
The BBC has appointed six new Assistant Commissioners through the Content Commissioner Development Programme. This is a training and development scheme which offers TV professionals with a disability, or who are from black, Asian and minority ethnic backgrounds the opportunity to develop their commissioning skills, and is now running for the third time.

All six will be joining a year-long placement with development opportunities, at the heart of the BBC’s commissioning teams including BBC Two, Arts, Drama, Entertainment, Popular Factual and Specialist Factual.

Charlotte Moore, Director, BBC Content says: "Now in its third round, the BBC Content Commissioner development programme has built an excellent reputation in the industry and the alumni really do speak for themselves. I'm excited to see what this new intake of accomplished and talented Individuals will bring to the commissioning teams; and I look forward to seeing them continue to flourish in their careers."

The Commissioner Development Programme has helped to attract and cultivate talent within the BBC’s commissioning teams, where successful candidates have gained insight at the highest level in television. At the same time, the initiative aims to help address the under-representation of disabled people and those from BAME backgrounds in broadcasting.

Sreya Biswas is an Executive Producer specialising in Specialist Factual, fixed rig, Observational Documentaries, Factual Entertainment and Current Affairs. She joins the BBC from Naked Television. In her career, she has produced and directed a number of her own programmes, including a Horizon following people transitioning, BBC Two’s Real Marigold Hotel and Channel 4’s 24 Hours in A&E. Her placement is with the Specialist Factual commissioning team.

Dwayne Eaton is an experienced Producer Director, Edit and Casting Producer with a background in factual and entertainment, specialising in big, shiny floor and studio formats. He has worked on and produced some the UK’s biggest shows such as Channel 4’s Big Brother, Dragons’ Den for BBC Two and The Voice for BBC One and ITV. He joins the BBC from Facebook where he WAS UK Lead Casting Producer on an upcoming advertising campaign. His placement is with Entertainment commissioning.

Nawfal Faizullah joins the programme from Left Bank Pictures where he was a Development Executive, working across the development slate, including the upcoming BBC single drama series Sitting In Limbo. He has previously worked as a script editor on The Musketeers for BBC One and on the Sky One comedy-drama, Delicious. His placement is with Drama commissioning.

Patrick McMahon joins the BBC from Wonder TV where he was Head of Development, where his commissions have included BBC Two’s Heart Transplant: A Chance to Live, BBC Three’s Hometown: A Killing, BBC Four’s The NHS: A People’s History and ITV’S Diabetes: The Fast Fix. Patrick was previously Head of Development at Boomerang and was part of a team that secured commissions in peak and daytime for BBC, ITV, Channel 4 and Channel 5. He began his career working on live studio series, factual entertainment and hidden-camera comedy, and he went on to direct the multi-territory BBC Three hit Bizarre ER and its various spin-offs, as well as helping develop Channel 4's Embarrassing Bodies: Live from the Clinic. His placement is with the BBC’s Popular Factual team.

Sam White is a multi BAFTA-winning Executive Producer for television and digital video, with expertise in arts, innovation and engaging young audiences. At Somethin’ Else productions Sam was responsible for the BAFTA-winning BBC Music films Ten Pieces 1-2, and the twice BAFTA-winning strand for teenagers, Poetry Between the Lines. His placement is with BBC Arts.

Zehra Yas is a Series Producer with extensive experience working across factual content from high profile Observational Documentaries to Specialist Factual for primetime television. She has Series Produced and Directed BBC2’s three-year series ‘Generation Gifted’ also playing a key part in its development. Before this she developed BBC2’s Battle In The Countryside and The Channel:The World’s Busiest Waterway (Channel4) at Blast! Films. She has produced on Superhospital(ITV), The Tube: Going Underground (Channel5) and Confessions of a...Copper (Channel4). Most recently she has worked as a Development Exec for BBC Studios, developing ideas for UK and global broadcasters. Her placement is with BBC Two.