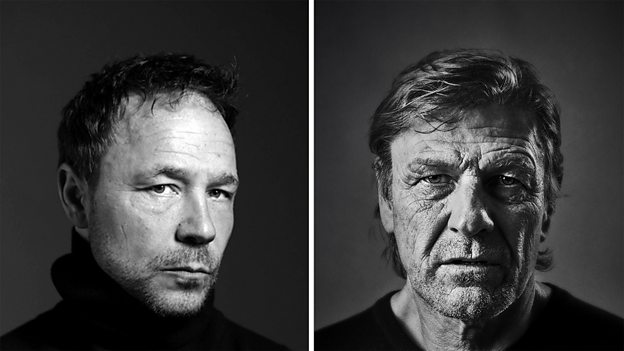 With Sean and Stephen in lead roles, Jimmy and Lewis behind the camera, Time is a shining example of British drama talent at its best.Piers Wenger, Controller, BBC Drama

Category: BBC One; Commissions and casting; Drama; BBC Studios; Commissioning; Casting
Sean Bean (Broken, Game Of Thrones) and Stephen Graham (Line Of Duty, The Virtues) will reunite to lead a gripping new prison drama from Jimmy McGovern for BBC One. Time is a three-part series and will be produced by BBC Studios Production. It begins filming in Liverpool this autumn.

Seen through the eyes of two very different men, Time is a visceral and high-stakes portrayal of life in the modern British penal system. It is a story of guilt and forgiveness, punishment and penitence and the impact that prison has on all those who pass through it. Time is emotional and thrilling, showcasing the performances of two of Britain’s finest and best-loved actors.

Sean Bean takes on the role of Mark Hebden, a teacher, husband and father, who killed an innocent man in an accident. Consumed by guilt, he accepts and even welcomes his four-year sentence. Separated from his family, he has no idea what to expect in this unforgiving new environment and needs to learn quickly how to survive.

Stephen Graham is Eric Reid, a prison officer. Caring and honest, Eric tries his very best to protect those in his charge, something which is a daily challenge in this understaffed and high-tension world. When one of the most dangerous inmates identifies his weakness, Eric faces an impossible choice between his principles and his love for his family.

Both Eric and Mark, officer and inmate, are seemingly trapped by their pasts and unsure of their futures. Each has to not only survive, but to find the strength and the way to move forward.

Writer Jimmy McGovern says: “The BBC have given me a brilliant young director and two of the greatest actors on the planet. I am overjoyed.”

Sean Bean says: “Getting to be involved in a Jimmy McGovern drama again is a real privilege and it will be great to be reunited with Stephen. Mark Hebden is another of Jimmy’s complex and superbly written characters and I am looking forward to bringing him to life on screen.”

Stephen Graham says: “It is an absolute honour to be working with Jimmy again, I’m feeling blessed. I’m excited to be working with Lewis as I have heard so many incredible things about him as a director, I can’t wait to get stuck in. Of course, I am made up to be back on set with Sean.”

Piers Wenger, Controller of BBC Drama, says: “Jimmy has a unique style of creating thought-provoking dramas which tell raw and emotional stories, and Time is exactly that. With Sean and Stephen in lead roles, Jimmy and Lewis behind the camera, Time is a shining example of British drama talent at its best.”

Tom Sherry, Executive Producer and Head of BBC Studios Drama North and Scotland, says: “It’s a joy to be working with Jimmy again. He writes unforgettable characters who live on in your mind long after you have seen them. Time will show you a world within a world and leave you questioning, what would you do?”

Time was commissioned by Piers Wenger, Controller of BBC Drama and Charlotte Moore, Chief Content Officer. It will be directed by Lewis Arnold and executive produced by Tom Sherry and Michael Parke for BBC Studios and Lucy Richer for the BBC. It will be produced by Simon Maloney. It is being distributed internationally by BBC Studios.