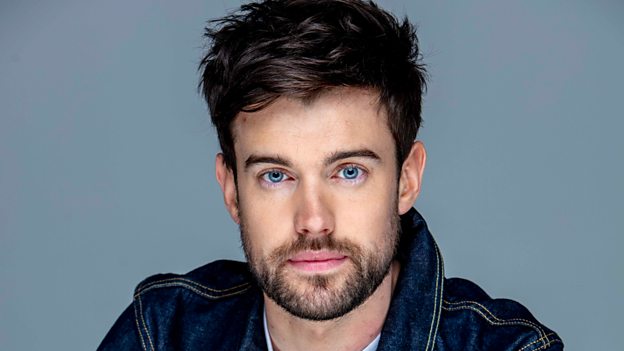 I’m really looking forward to making these shows about two of the things I treasure most in life, my father and sport. I’m missing them both greatly under lockdown.Jack Whitehall

Category: BBC One; Entertainment; Commissioning
Jack Whitehall is bringing two new entertainment shows to BBC One in the next few months.

Jack Whitehall’s Father’s Day will be a celebration of the special day in our current unusual circumstances. Then, with all sport cancelled under lockdown, he will treat us to a six-part series exploring some of the country’s best sports stories in Jack Whitehall’s Sporting Nation.

BBC One to celebrate Father’s Day with Jack Whitehall

Father’s Day is traditionally the time we celebrate our fathers, grandfathers and father figures by coming together to spend time with one another, but that’s going to be tricky for a lot of people during lockdown.

Enter Jack Whitehall who knows the importance of maintaining a good father-son relationship, no matter how challenging the father is. He’s a man who’s been through a lot with his father, Michael, they’ve travelled the world together and he like the rest of us is going to miss being with his dad on Father’s Day.

In Jack Whitehall’s Father’s Day, Jack will visit Michael the lockdown way by setting up on the pavement outside Michael’s front door to spend some quality time together. They’ll reminisce over old family photos, awkward home video footage and tell some classic Whitehall tales.

Jack and Michael will also be catching up with a number of famous faces, taking part in a special Father's Day edition of MasterChef and surprising key workers who can’t be with their loved ones this year.

Let’s not allow lockdown and coronavirus to ruin Father’s Day this year; join Jack and Michael in making it a truly memorable one.

Kate Phillips, Controller of BBC Entertainment, says: “Many of us won’t be able to observe Father’s Day in the usual way this year, so we’re delighted that Jack and Michael will be letting us into their very entertaining celebrations.”

Richard Ackerman at Jackpot Productions says: “I couldn't think of a better way to spend Father's Day, than with Jack and Michael (please don't tell my Dad)."

Jack Whitehall’s Father’s Day (1x30’) is a Jackpot Productions and So Television production for BBC One. The executive producers are Richard Ackerman and Graham Stuart, the series producer is James Fidler. It was commissioned by Kate Phillips, Controller for BBC Entertainment. Syeda Irtizaali is the Commissioning Editor for the BBC.

Jack Whitehall is bringing a comedic celebration of a kingdom united by sport to BBC One.

2020 has been a strange year for sport with every professional league suspended and an entire summer of iconic events wiped out. The whole nation is itching for some sporting action - step forward Jack Whitehall, with the entirety of sports history at his fingertips.

Jack Whitehall’s Sporting Nation is BBC One’s new comedy retrospective in which Jack Whitehall, the ultimate armchair fan, tells the story of the United Kingdom through its greatest sporting moments. Looking back on decades of glorious action, in this nostalgia-filled and light-hearted take on our heritage, Jack invites us to relive our most incredible sporting achievements together while exploring what our love of sport says about us as a nation.

In collaboration with some of the UK’s most exciting sports writers, Jack will take us on a journey through six themes that unite us; from loving the underdog to hating the Australians. The show will bring together rich cultural nostalgia, social commentary and top-class athleticism to create a feel-good dive into our sporting past that will remind us just how much we love it, and how we can’t wait for it to return.

Jack says: “The British public has lost over a hundred hours of sport this summer with the Olympics, Euro 2020 and Wimbledon being wiped off the schedule. So we thought what do people need in this barren summer and we came up with this. I’ve worked with some of the country’s most talented sports journalists to create six compendiums of British sport. From Super Saturday to super overs this will be pure unadulterated nostalgia!”

Kate Phillips, Controller of BBC Entertainment, says: “Jack’s very funny take on our country’s passion for sport is sure to give people of all ages that sporting fix we’re all missing this year.”

Ben and Gabe Turner of Fulwell73, says: “Sport like life is as much about the story as the result. We feel it is a lens through which we can explore all kinds of themes and what better time to consider what our sporting obsessions say about us as a nation that right now? And who better to do it with than Jack Whitehall?”

Jack Whitehall’s Sporting Nation (6x30’) is a Jackpot Productions and Fulwell73 production. The executive producers are Ben and Gabe Turner, the series producer is Murray James. It was commissioned by Kate Phillips, Controller for BBC Entertainment. Syeda Irtizaali is the Commissioning Editor for the BBC.