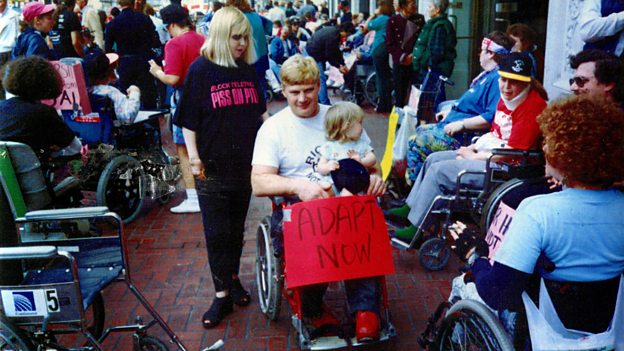 The story of Barbara Lisicki and Alan Holdsworth’s Direct Action Network is a vital piece of modern history and I am so delighted to announce this factual drama about their campaign.Patrick Holland

Category: BBC Two; Drama; Factual; Commissioning
Twenty five years on from the passing of the Disability Discrimination Act, BBC Two has commissioned Dragonfly Film and TV and One Shoe Films to produce a new factual drama Independence Day? How Disabled Rights Were Won (w/t) based on the remarkable true story of the people behind an irrepressible campaign of direct-action that lead to the winning of disabled civil rights in Britain.

Written by multiple Bafta winner Jack Thorne and award-winning actor-turned writer Genevieve Barr, the film enters the story through the eyes of Barbara Lisicki and Alan Holdsworth (main image), two disabled cabaret performers who met at a gig in 1989. They fell in love, had a baby and would go on to become the driving force behind DAN - the Direct Action Network.

Their incendiary 'Piss on Pity' protest slogan brought an end to disenfranchising charity events and re-framed the debate around disability rights. Their post-punk sense of humour and spontaneous pickets shut down cinemas, restaurants, stations and even the London underground. And their fearless and coordinated attempts to handcuff their wheelchairs to buses brought Westminster to a standstill until their rights were enshrined into law.

Patrick Holland, Controller, BBC Two, says: “The story of Barbara Lisicki and Alan Holdsworth’s Direct Action Network is a vital piece of modern history and I am so delighted to announce this factual drama about their campaign. To have writers of the calibre of Jack Thorne and Genevieve Barr is brilliant. This film builds on the recent successes in the genre like Doing Money, Responsible Child and The Windermere Children, making BBC Two a home to these most essential factual stories explored through drama.” 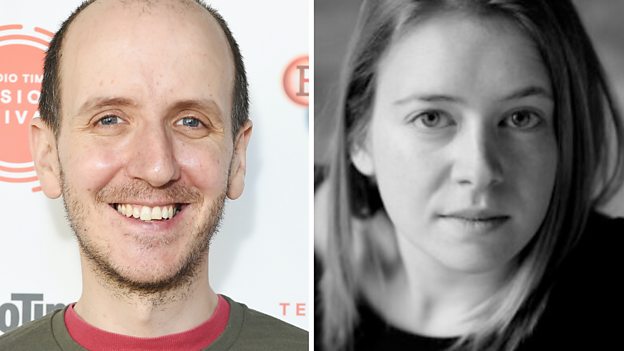 Jack Thorne says: "I can't tell you how exciting it's been working with the brilliant Genevieve Barr and Dragonfly on this script. DAN changed the world through their actions, and they have never been properly celebrated for it, in this film we want to do that in a way that lauds their true punk spirit."

Genevieve Barr says: “It is humbling to be part of the extraordinary team that is Jack Thorne and Dragonfly, and be able to bring this story to life. DAN created opportunities and rights for so many of us disabled and to be able to say thank you in this creative way is really special."

Creative Director for Dragonfly, Richard Bond, says: We’re absolutely thrilled to be embarking on Dragonfly’s first drama in collaboration with two such fantastically talented writers. This is an incredibly important story that deserves to be told, and we couldn’t imagine anyone better to do it justice than Jack and Genevieve.”

Jack Thorne (Don’t Take My Baby, His Dark Materials, Kiri, National Treasure, This Is England 86, 88, 90) is one of Britain’s leading writers having already won five Baftas. He’s co-writing with award winning actor and writer Genevieve Barr (The Accident, The Silence, The Fades, Call The Midwife, Shameless) who is writing on multiple forthcoming dramas.

The commission is part of the BBC’s commitment to boosting disability representation on and off screen throughout 2020 and beyond with a range of new programmes as well as enhanced portrayal in existing programmes and core brands.

Independence Day? How Disabled Rights Were Won (w/t) (1x60) was commissioned by Patrick Holland, Controller BBC Two and the BBC Commissioning Editor is Abigail Priddle. It is being made by Dragonfly Film and TV Ltd (part of EndelmolShine UK) and One Shoe Films. The Executive Producers are Richard Bond (whose drama credits include The People Next Door and Bafta-nominated Cyberbully, winner of the Prix Italia: Best Drama), Tom Pullen and Jack Thorne.