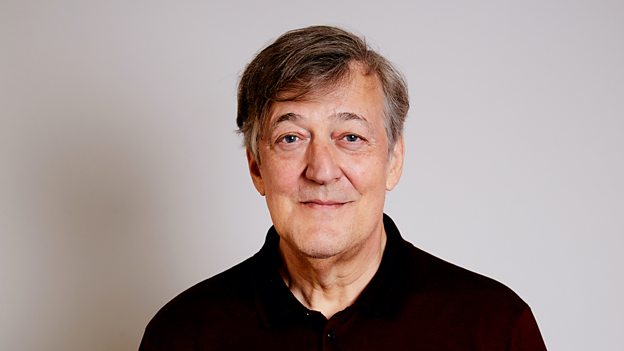 I could not be more delighted to be a part of this magnificent opportunity for us Muggles to show the wizarding world that the fantastic beasts in our world are more than a match for theirs.Stephen Fry

Category: BBC One; Factual; BBC Studios; Commissioning; Casting
BBC One announces a magical new commission, Fantastic Beasts: A Natural History (w/t). Produced in partnership with Warner Bros. and London’s Natural History Museum and presented by Stephen Fry, the documentary will explore the origins and stories of mythical creatures and the fantastical beasts from J.K. Rowling’s stories and explore their history and connections with animals roaming the planet today.

This spellbinding BBC One special will take viewers on an incredible journey from the hidden corridors of London's Natural History Museum to the frozen steppes of Siberia and secret caves of Madagascar. From centaurs to Nifflers, birds of paradise to the Phoenix, 11,000 year-old woolly rhinos to the Erumpent and giant squid to the Zouwu, the gripping stories and surprising science behind specimens in the Natural History Museum is a global journey of discovery drawing parallels between the real world and the fabulous worlds of mythology and literature - including elements which will be immediately recognisable to fans of Warner Bros. Fantastic Beasts film series.

Charlotte Moore, BBC Director of Content, says: “The BBC is world-renowned for its amazing natural history programming and it is a delight to bring the natural world and Wizarding World together on BBC One.”

Mike Gunton, Executive Producer and Creative Director of the BBC Studios’ Natural History Unit, says: “This incredible partnership between three of the UK’s leading institutions will bring an astonishing array of creatures to our screens. We are thrilled to be working with these talented partners to bring natural history content to a wider young audience.”

The documentary will also feature the Natural History Museum’s exhibition, titled Fantastic Beasts: The Wonder Of Nature. The exhibition, set to open in Spring 2020, combines the creative power of film, television, literature and science and is the Museum’s most ambitious exhibition to date. Visitors will encounter legendary beasts next to dazzling specimens and historic objects from their world-leading scientific collection.

Offering exclusive access behind the scenes at both the Natural History Museum and Warner Bros. Studios, the documentary will dive deep into the bewitching secrets, marvellous wonders and surprising truths behind a host of fantastic beasts, both real and imagined.

Stephen Fry, who provided narration for the Harry Potter audiobooks and is now intrinsically linked with the Wizarding World, says: “I could not be more delighted to be a part of this magnificent opportunity for us Muggles to show the wizarding world that the fantastic beasts in our world are more than a match for theirs.

"Joining forces with the combined powers of the fabulous BBC, its legendary Natural History Unit and the magical Natural History Museum we hope to be able to bring you closer than you’ve ever been to some of the most spectacular and extraordinary creatures ever seen.”

Josh Berger CBE, President & MD, Warner Bros. Entertainment UK and President, Harry Potter Global Franchise Development, says: "It is hugely exciting to be working with the Natural History Museum and the BBC Natural History Unit, such iconic British institutions, on a project which has such a great purpose at its heart. I hope both fans of the Wizarding World and the natural world will enjoy the exhibition and documentary immensely."

Fantastic Beasts: A Natural History (w/t) is a 1 x 60’ for BBC One. It was commissioned by Charlotte Moore, BBC Director of Content. It is made by the BBC Studios Natural History Unit and Warner Bros Entertainment UK Limited. The Executive Producer for the BBC is Mike Gunton.