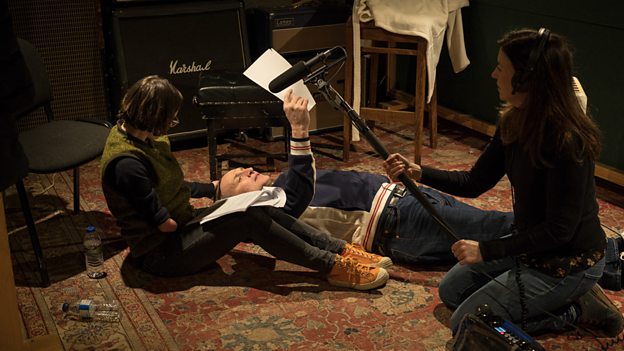 Radio drama is a unique and brilliant art form with a long and treasured history in this country, and something at which we excel.Alan Davey

The forthcoming commissions tackle bold issues ranging from a women’s journey joining an all-female militia in Northern Syria, to Shakespeare’s play Othello staged in a contemporary world and a drama following the social history of a Notting Hill neighbourhood and location of the Grenfell Tower fire, Notting Dale, told through the eyes of one family.

Alan Davey, controller of BBC Radio 3, says: “Radio drama is a unique and brilliant art form with a long and treasured history in this country, and something at which we excel. What we do on Radio 3 is nothing less than a National Theatre of the Imagination, allowing us to explore personal and political conflict, to roam continents of the earth and of the spirit, to give our listeners new insights and ways of understanding. From the community of Notting Dale, through the internal exile and music of William Byrd, to two men isolated from each other on a sinking boat in inhospitable waters, we tell stories that that shed a light on what it is to be human.”

Christopher Eccleston, star of Drama On 3: Schreber, says: “I’m chuffed to bits to be playing Schreber in Anthony Burgess’s unproduced screenplay. The role was originally meant to be played by a personal acting hero of mine - Burt Lancaster - and deals with male mental health and challenges traditional gender roles and thinking.”

Roy Williams, author of Drama On 3: The Likes Of Us, says: “Not many people know Notting Dale, they know Notting Hill… It’s an area with a lot of history… the Notting Hill Carnival started there, the murder of Kelso Cochrane, the ’58 riots between black youths and white youths. It’s an area that’s steeped in a lot of history and sadly Grenfell added to it. I wanted to write almost a tribute to that area and the people growing up there.”

Drama On 3: The Likes Of Us

Roy Williams OBE’s new drama is based on Williams's own experiences growing up in Notting Dale in North Kensington; one of the poorest parts of the country within the richest borough. Starting with the devastating fire at Grenfell Tower, The Likes Of Us moves back and forth in time through the lives of Gloria, her children and her grandchild over the course of sixty years, painting a profound portrait of a family and a neighbourhood. The Likes Of Us is a story about a mother and daughter that speaks more widely about a community and how members of that community feel they have been treated. On radio, Roy Williams is best known for his hugely popular BBC Radio 4 crime series The Interrogation.

Drama On 3: Only Mountains

An original 90 minute drama written by Maxine Peake, Only Mountains follows a young British woman, Pearl, and her journey into becoming a member of the YPJ- an all-female militia actively fighting on the front line in Rojava, Syria. The drama explores what triggers Pearl to make the decision to join the YPJ and examines the root to the ultimate sacrifice of putting your life on the line for your beliefs, especially when the battle is waged on foreign soil. It is a fictionalised account although based on detailed research with real people and organisations.

A world premiere of Anthony Burgess’ never produced screenplay of Memoirs Of My Nervous Illness, the iconic early 20th century account by Daniel Schreber. Originally written for Burt Lancaster to star, Burgess’ 1975 screenplay is boldly refashioned for Radio 3 by award winning writer Jeff Young, and stars Emmy award-winning actor Christopher Eccleston, who grew up in the same area as Anthony Burgess, and is a long-time fan of his work.

In the 19th century Daniel Schreber was a successful, respected High Court judge in Germany. Out of nowhere, seemingly, he suffered a series of nervous breakdowns, requiring hospitalisation. During a short visit home in between his hospitalisation, he gathered together notes he’d made during his first hospitalisation and wrote around them before returning to hospital, where he remained for the rest of his life. He published the text in 1903 as Memoirs Of My Nervous Illness, it was a brave and compassionate thing to do, given the stigma of mental illness. The book has become an iconic text in psychoanalysis - Freud analysed it extensively.

Drama On 3: Elizabeth And Essex

Elizabeth And Essex is an original audio drama, inspired by the hugely successful 1939 film starring Bette Davis and Errol Flynn, The Private Lives Of Elizabeth And Essex, and by Bloomsbury Group member Lytton Strachey’s popular history, Elizabeth And Essex. This unique performance, accompanied by the BBC Concert Orchestra performing Eric Korngold’s music for the original film, depicts the fatal love-affair between Elizabeth I and the Earl of Essex, seen through the lens of Strachey’s own emotional turmoil.

The play stars Simon Russell Beale as Lytton Strachey and Harry Lloyd as Essex. Recorded in front of an audience at Alexandra Palace.

A brand new production of Shakespeare’s Othello staged in an imagined near future, in which an increasingly bellicose Turkish President embarks on military action to re-establish Turkish control of Cyprus. In their defence of the island, Western forces rely on the leadership of an Arab-born, Christian-convert general, Othello. This production aims to explore the play's conflict between Christian and Muslim, European and Arab, western 'civilization' vs eastern 'Barbarism'.

Adapted and directed for radio by Emma Harding

Civil war threatens Britain. The country is divided with many families in the North of England and Wales and Scotland unhappy with Henry IV’s arrogant treatment of them even though they helped him to the throne. Meanwhile his son Hal spends his time in the taverns of Eastcheap revelling with the common man, keeping company with a disreputable bunch of wastrels led by Sir John Falstaff.

Hal argues that that he is only biding his time until he takes on the responsibilities of a Prince and his current actions will put him in a better position to be a leader of men. The play introduces one of Shakespeare’s most loved characters in Falstaff, and over half the action is devoted to his comic antics. A divided country, a family at odds and anarchic comedy vie for precedence until all sides meet on the battlefield and unity becomes the rallying cry.

Drama On 3: 5 Faces Of William Byrd

David Suchet stars as the composer William Byrd in 5 Faces Of William Byrd. This outstanding and innovative British composer survived regimes that executed others of his Catholic faith and lived to a grand old age as an enthusiastic litigant as well as recusant.

In five encounters with monarchs, friends, family members and fellow composers, we imagine the man behind the music and explore how it was that he survived where others did not. With specially recorded music directed by Colm Carey and recorded in the Chapel Royal at the Tower of London.

The series will be broadcast in Radio 3’s The Essay slot and will also be accompanied by a Composer Of The Week edition about William Byrd that same week, exploring some of the vast range of Byrd’s music.

Eg er vinden (I Am The Wind) was written by Jon Fosse for the Bergen International Festival in 2007, before moving to Norway's National Theatre. It has since been produced in several major European cities, as well as in London (2011) and New York (2014) in this engaging English language version by Simon Stephens. Jon Fosse is one of Europe's most successful and celebrated living playwrights. Translated into over forty languages, his dramatic works have had over 900 productions across the world.

I Am The Wind is a play for two actors... two people on a boat. One has convinced the other to accompany him on what becomes a dangerous voyage. This production follows on from Fosse’s The Name from the same production team which featured in Drama On 3 in 2018, introduced by Simon Stephens. Casting and recording are scheduled for early March.

BBC Radio 4 Extra will continue to support drama stories by emerging talent as part of the New Creatives scheme, following a broadcast of dramas in December 2019.