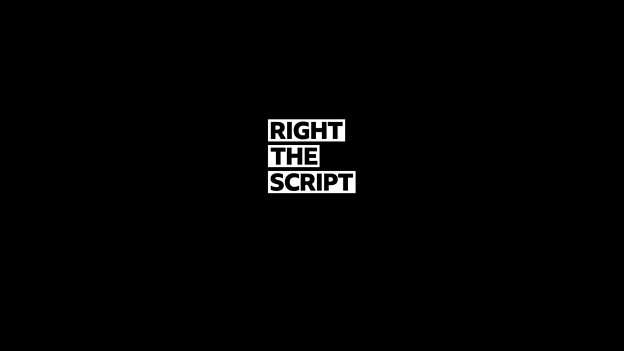 As Director of Creative Diversity, I’m pleased that we’re announcing this fund as the first of a series of bold steps that will help make the BBC an instrument of real change. As a black woman, I feel and share in the pain that so many are feeling worldwide. It makes it all the more important that we show up now not just with words but with meaningful action.June Sarpong

Category: Corporate; Commissioning
The BBC is setting out the first in a new series of bold steps to transform its programming and better represent the public it serves.

The BBC’s Creative Diversity Commitment - the biggest financial investment to on-air inclusion in the industry - will prioritise £100m of our existing commissioning budget over three years (from 2021/22-2023/24) towards diverse and inclusive content. This will be supported by a new mandatory 20% diverse-talent target in all new network commissions from April 2021.

With this commitment, the BBC is throwing open its doors more widely than ever to diverse stories and diverse storytellers. The media industry is not changing fast enough. The BBC has been committed to creative diversity and inclusion for 100 years; but we now want to go further. The measures announced today are designed to accelerate the pace of change in increasing diversity and inclusion both on and off air. And to demonstrate change is being delivered, the BBC will report on progress in its Annual Report.

These steps are all part of the ambitious journey we are on to transform the BBC inside and out and make a real difference to the industry and to society at a critical time. The £100m investment will support our commitment to diversity and inclusion in our TV output across all genres, including children’s, education and current affairs. It will support the BBC’s Diversity Code of Practice, and commits the BBC to create content with at least two of the following three priorities:

Director-General, Tony Hall, says: “The senseless killing of George Floyd - and what it tells us about the stain of systemic racism - has had a profound impact on all of us. It’s made us question ourselves about what more we can do to help tackle racism - and drive inclusion within our organisation and in society as a whole.

“This is our response - it’s going to drive change in what we make and who makes it. It’s a big leap forward - and we’ll have more to announce in the coming weeks.”

June Sarpong, Director of Creative Diversity, says: “I came to the BBC as an outsider. Before joining I had an idea of this being an organisation that did not want to change. What I found was something different: an organisation that had ambitious goals for diversity and inclusion but didn’t know how to reach them. This commitment will help to drive real change that will be felt by all audiences. It will also create a strong framework to help diverse storytellers succeed at all levels of the industry.

“As Director of Creative Diversity, I’m pleased that we’re announcing this fund as the first of a series of bold steps that will help make the BBC an instrument of real change. As a black woman, I feel and share in the pain that so many are feeling worldwide. It makes it all the more important that we show up now not just with words but with meaningful action.”

Charlotte Moore, Director of Content, says: “When I met Steve McQueen last year during the making of Small Axe, he challenged me and the BBC to set meaningful targets and take proper action. He was right. Today’s announcement represents a truly transformational commitment to both on and off screen representation. Concrete, tangible action is the only way we can bring about real sustainable change”

This announcement is not the end of the process. The BBC will be setting out further plans in other production areas in the coming weeks.

The mandatory 20% diverse-talent target will apply to all new network commissions from April 2021. The need for change is urgent and our commissioning specification - which sets out the criteria for content production - will be updated this summer to encourage earlier action.

The Creative Diversity investment will be further aided by the following commitments:

1. Creative Diversity - June Sarpong joined the BBC as Director of Creative Diversity in November 2019, having previously sat on the BBC’s Diversity and Inclusion Advisory Group. In May she announced a series of initiatives, which were welcomed by Ofcom, and included: Establishing guidance and tools to help the BBC’s creative staff and industry partners ensure diversity and inclusion is at the heart of production; Launching a framework for auditing, setting targets and evaluating results within production to underpin the BBC’s broader Diversity and Inclusion policies; Bringing the broadcasting industry together with audiences through the Creative Diversity Festival.
2. To coincide with Windrush Day 2020, a Black and British rail will be added to BBC iPlayer. This will highlight the wealth of content available on BBC iPlayer including the hugely powerful Soon Gone: A Windrush Chronicle, David Olusoga’s series - Black and British, hilarious comedies such as Famalam - as well as the popular Back in Time for Brixton. Also highlighted will be George The Poet’s Peabody Award winning Have You Heard George's Podcast? iPlayer special, as well as Stormzy’s breath-taking set from Radio 1’s Big Weekend 2019. Viewers will also be able to enjoy a wider range of relevant programming - which will also be made available across BBC iPlayer.
3. Leadership - We are stepping up our commitment to rapidly increase diverse representation at senior levels of the organisation and develop a new generation of talented leaders. By the end of 2020, our aim is to have every BBC board or senior leadership group with at least two members from a BAME background. Every key BBC leadership group is also appointing two new advisers, bringing with them fresh talents, backgrounds, perspectives and insights. One of the appointments on each group will be expected to have a deep understanding of BAME issues.
4. We are expanding the remit of BBC’s 50:50 Project, a voluntary system of self-monitoring that began in one small team in the newsroom and has grown across global media, to include BAME and disability targets. 50:50 uses data, transparency and peer group dynamics to drive performance and cultural change. It now covers 600 teams, over 4,000 producers and content creators, from across the BBC – from news, content, radio and music to the nations and regions. It has already delivered significant shifts in representation of women at minimal cost: In March 2020, two-thirds (66%) of data submitted reached 50% women contributors - up 9% on the previous year. Following this success, its remit will be expanded to further include targets for BAME (15%) and disability (12%) aligned to the BBC’s current diversity and inclusion strategy.
5. In July, we will host CDX, an innovative industry-first two-day virtual program created to promote and celebrate the vibrancy, innovation, and leadership of national and international Black, Asian and other ethnic minority talent across the creative industry.
6. This year the BBC appointed six new Assistant Commissioners through the Content Commissioner Development Programme. This training and development scheme offers TV professionals with a disability, or who are from black, Asian and minority ethnic backgrounds the opportunity to develop their commissioning skills, and is now running for the third time.