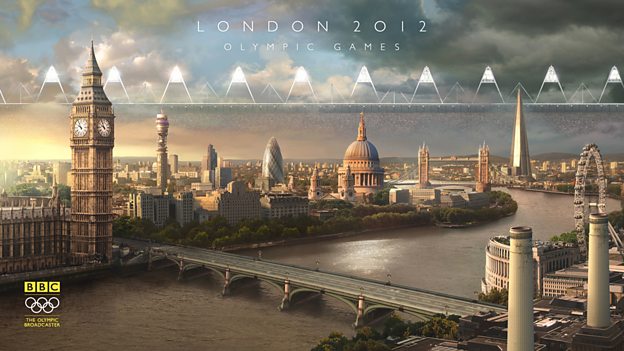 From glorious moments at the Olympics including the magic of London 2012, thrilling Euro ’96 matches, wonderful Wimbledon moments and the best of World Championship snooker, there is something for everyone to enjoy.Barbara Slater

Category: BBC One; BBC iPlayer; Radio 5 Live; BBC Sounds; Sport
As many of the summer’s major sporting events have been cancelled the BBC is giving sports mad audiences something to cheer about with a calendar of archive sporting events returning to our screens.

Viewers can relive some of the most epic sporting moments in recent history - including the London 2012 Olympic Games. The Opening Ceremony, a spectacle that celebrated all that is great about Great Britain will air once again this Spring on BBC One and BBC iPlayer along with a number of highlights programmes showcasing the key moments from the rest of London 2012, including Super Saturday, allowing audiences to once again get lost in the moments that united the nation.

For football fans there will be an abundance of content. Featuring in June and July, instead of Euro 2020 the BBC will air some of the most memorable recent international matches - including the best of Euro ‘96 when England hosted the prestigious tournament. While England didn’t triumph on home turf it didn’t stop the competition from being an electric experience, creating a feel-good factor and sense of national pride that was only heightened when Alan Shearer took home the Golden Boot.

Match Of Their Day joins the line up on Saturday nights, as the BBC’s football pundits choose their favourite Premier League matches and top moments from years gone by. These snippets of footy fun will air straight after the Match Of The Day: Top 10 podcast.

There will also be plenty of domestic football to indulge in with Football Focus continuing every week and classic matches every Saturday and Sunday afternoon.

And with no football for fans to go and watch at 3pm on Saturdays, the BBC Sport website and iPlayer will instead keep them entertained by streaming in full some of the best matches from our archive, as part of a weekly Rewind series.

In early July some of the greatest ever moments from Wimbledon return to our screen so audiences can watch some of the classic matches from over the decades - including Sir Andy Murray ending the UK’s 77 year wait for a men’s single champion.

In place of this year’s World Snooker Championships in April fans can tune into some of the best matches from Championships gone by, enjoying some of the sport’s best shots, most thrilling games and a fluke or two!

In July, London 2012 and Rio 2016 will fill the void for Olympic Games fans as we take a trip down memory lane with highlights from both Games.

And Test Match Special is delving into its rich archive to mark the 40th anniversary of its renowned View From The Boundary feature. Forty of the best episodes, including interviews with Sir Elton John, Malala Yousafzai and John Cleese will be available to listen on BBC Sounds.

Director of Sport, Barbara Slater, says: “In these unprecedented and difficult times we are delighted to bring some of the most incredible sporting events from years gone by to our audiences over the next few months. From glorious moments at the Olympics including the magic of London 2012, thrilling Euro ’96 matches, wonderful Wimbledon moments and the best of World Championship snooker, there is something for everyone to enjoy.”

BBC Sport will also be offering a range of podcasts on BBC Sounds - including the fourth series of our award-winning That Peter Crouch Podcast; more from Gary Lineker and the team in Match Of The Day: Top 10; plus a brand new Question Of Sport podcast, which will also be broadcast on Saturday afternoons on Radio 5 live.

Also available to watch on BBC iPlayer are a range of sport documentaries: