New BBC Two commissions and schedule with a focus on funny 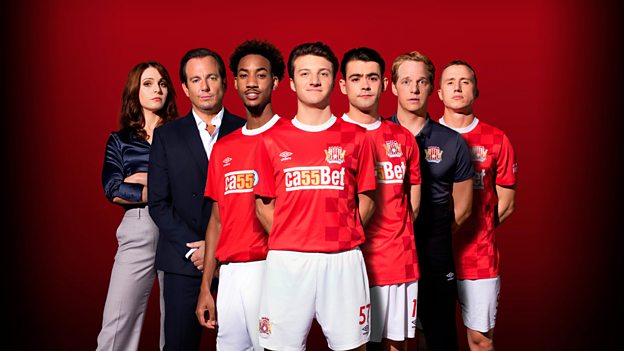 During these challenging times I am delighted to bring Thursday comedy nights back for the audience.Patrick Holland

Category: BBC Two; Comedy; Commissioning
BBC Two is doubling down on comedy with new commissions and a new look schedule for Thursday nights that focuses on funny.

Beginning in May, Thursday nights on BBC Two will be stacked with back to back comedy beginning with the debut of The First Team (main image), which comes from the creators of The Inbetweeners, alongside a new run of QI. Then later in the year, the Thursday night comedy line up will feature the second series of the acclaimed What We Do In The Shadows (pictured below) featuring Matt Berry, Natasia Demetriou and Kayvan Novak and the second series of There She Goes, starring David Tennant and Jessica Hynes, who won the Bafta for Best Female Performance in a Comedy Programme for series one. 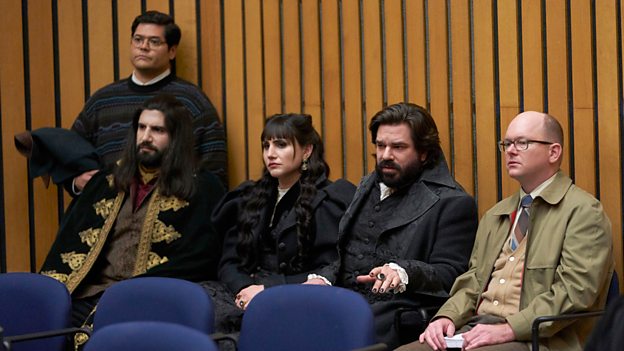 In addition, BBC Two is demonstrating its commitment to new ideas and the best talent by commissioning two new short-duration series and a one-off special featuring some of the best comedy voices around that are being made during lockdown and will air in the next couple of months as an alternative humorous tonic for the audience. And Sophie Willan’s Alma’s Not Normal has been commissioned for a full series following the successful pilot that aired as part of the channel’s New on Two series. The pilot was watched by over 1 million people and met with huge critical acclaim, the full series is expected in 2021.

Patrick Holland, Controller, BBC Two, says: “BBC Two has always been the home of the most exciting comic talents and the most brilliantly conceived worlds. Sophie Willan’s Alma’s Not Normal is one of the freshest voices in years and follows on from the successful piloting of shows like Motherland and The Other One. During these challenging times I am delighted to bring Thursday comedy nights back for the audience.” 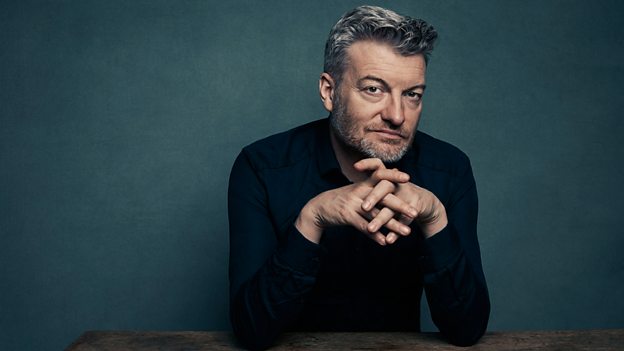 For the first time since the Bafta-winning 2016 Wipe, Charlie Brooker (picture above, courtesy of Matt Holyoak) has been lured out of isolation, to go into isolation for the one-off Charlie Brooker's Antiviral Wipe (w/t) (1x30').

Charlie will be taking a typically sharp look at life in lockdown, in a show made during lockdown. As well as coverage of the crisis itself, he'll also be looking at the things people are watching and doing to keep themselves occupied. The show will also feature Philomena Cunk (Diane Morgan) with her own very special brand of in-depth reporting, alongside Barry Shitpeas (Al Campbell) and other contributors who haven't been told they're doing it yet, but have no good excuse not to.

Charlie Brooker says: “The BBC asked me to supply a quote for the press release, which is what you’re reading now."

In Comedians Playing With Themselves (6x15'), some of the nation’s favourite comics including Bob Mortimer, Kerry Godliman, Tom Allen, Meera Syal and Sanjeev Bhaskar, Tez Ilyas, Russell Kane, Sally Phillips, Mat Horne, and a whole host of others, will be tasked with entertaining and enlightening the nation in their own unique way. From coping with stroppy teenagers, to isolating as a couple and avoiding arguments, from finding new sports to play and perfecting a hit podcast, no topic will be off limits. Each of the comics will self-shoot their comedy nuggets helping us all to get through isolation together and having the maximum amount of fun indoors. 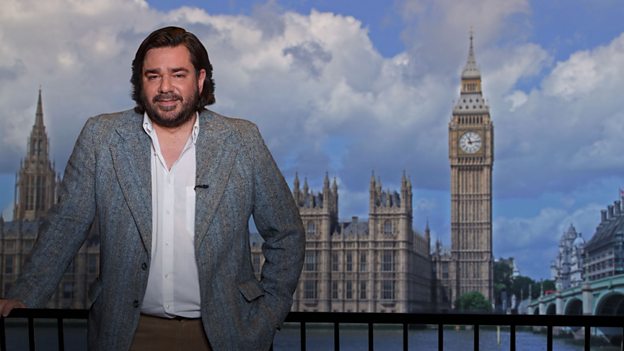 Following the success of last year’s anarchic mockumentary, The Road To Brexit (pictured above), cult favourite Matt Berry (What We Do In The Shadows) returns to BBC Two with four more episodes (4x15') that will take on a bold and eclectic selection of new themes.

Co-written by Berry and Arthur Mathews (Father Ted, Toast Of London) each new weekly episode of Squeamish About… will shine a weird and wonderful light onto a different topic. Presented by Berry in the persona of ‘Michael Squeamish’, every episode will make creative use of archive footage and voiceover to create a unique, authored and surreally comic take on the subject matter. 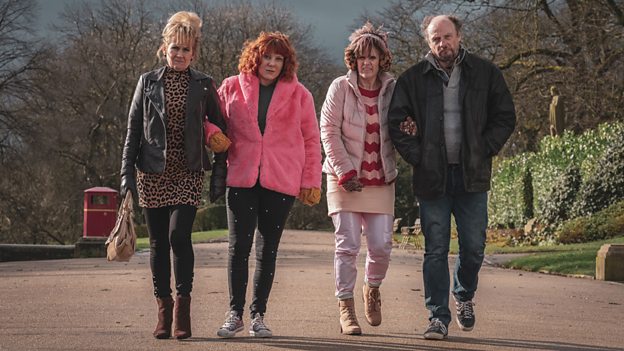 Following a smash hit pilot broadcast, which was watched by an audience of over a million viewers, began trending on Twitter and was met by huge critical and audience acclaim, Alma’s Not Normal (pictured above) is set to return to BBC Two for a full series.

Created, written by, starring and executive produced by Sophie Willan, inaugural winner of the BBC’s Caroline Aherne Bursary Award in 2018, Alma’s Not Normal centres on Boltonian wild-child, Alma Nuthall and her family of eccentric, unruly women.

The series (6x30’ including the pilot), which is being produced by Expectation, follows Alma as she tries to get her life back on track following a recent break-up. But with no job, no qualifications and a rebellious streak a mile wide, it’s not going to be easy. Meanwhile her mum, who is battling a heroin addiction, has been sectioned for arson and her vampish Grandma Joan wants nothing to do with it.

Alma’s Not Normal offers a bitingly funny and unflinching take on class, sexuality, mental health and substance abuse. It celebrates women dealing with the hands they’ve been dealt while doggedly pursing their dreams.

Sophie Willan says: "I’ve been overwhelmed by the fabulous response to the pilot and I'm so excited to be developing the series! I’ve already been using the lockdown as a chance to get cracking so I'm just pleased to have the official go ahead! I can’t wait to get it made and share the world of Alma with everyone!"

Nerys Evans, Expectation’s Creative Director, Comedy and Executive Producer, says: “It’s been such a pleasure working with Sophie on Alma’s Not Normal, she’s innately funny and has such a unique outlook on life. Her writing is so authentic and intelligent; in just one episode she has created such a fully formed world. Her characters are beautifully observed and often flawed and sometimes challenging, but Sophie’s humour allows her to explore some really difficult subjects. I can’t wait to see how the story unfolds across a series as she’s bursting with brilliant ideas.”

Shane Allen, Controller of Comedy Commissioning at the BBC, says: “Alma’s Not Normal landed so wonderfully formed with its distinctiveness, heart on sleeve charm, sparky humour and knockout cast. Sophie’s raw honesty, eye for characterisation and comedic insouciance have resulted in a cracking show bursting with potential. We just couldn’t resist a series and hope it does the memory and spirit of Caroline Aherne very proud.”