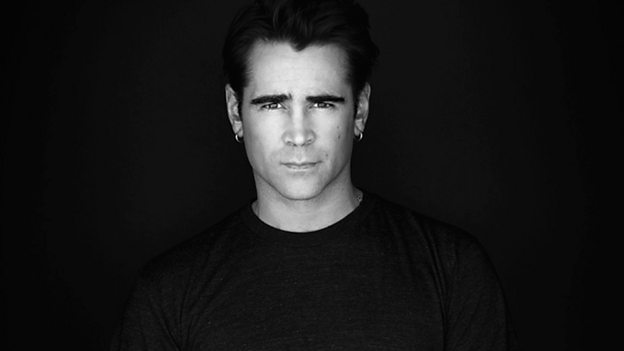 Set in the UK and the ice floes of the Arctic in the late 1850s, The North Water tells the story of Patrick Sumner, a disgraced ex-army surgeon who signs up as ship’s doctor on a whaling expedition to the Arctic. On board he meets Henry Drax (Farrell), the harpooner, a brutish killer whose amorality has been shaped to fit the harshness of his world. Hoping to escape the horrors of his past, Sumner finds himself on an ill-fated journey with a murderous psychopath. In search of redemption, his story becomes a harsh struggle for survival in the Arctic wasteland.

Andrew Haigh says: “Casting the right leads is the most important part of any project and I’m thrilled to have Colin Farrell on board. I am a huge admirer of his work and can't wait to see him bring Drax vividly to life.”

See-Saw Films’ COO Hakan Kousetta and Head of Television Jamie Laurenson, say: "The North Water is a thriller, a survival adventure, and searing study of character and man’s place in the world. We are so proud to have the compelling talent of Colin Farrell on board to bring Andrew Haigh’s vision of Ian McGuire’s novel to the screen.”

This gripping and original novel of murder, mystery and survival has topped critic’s lists around the world and was longlisted for the Man Booker Prize and named A New York Times Book Review Editors' Choice. The story is being brought to life by See-Saw Films, firmly established for delivering multi award winning mini-series and working with extraordinary writers and directors such as Jane Campion for Top Of The Lake and Top Of The Lake: China Girl.

Piers Wenger, Controller of BBC Drama, says: “Colin Farrell will bring a blend of brutality and humanity to Andrew Haigh’s superb adaptation of this savage novel. The North Water is a brooding and resonant story which is set to grip BBC Two viewers.”

Irish actor Colin Farrell rose to fame in 2003 with his portrayal of Danny Witwer in Steven Spielberg’s Minority Report. Since then, Farrell has acted in a wide variety of roles, winning a Golden Globe in 2009 for Best Performance by an Actor in a Motion Picture - Comedy or Musical for In Bruges. Farrell was also nominated for a Golden Globe in the same category for his performance in the critically acclaimed The Lobster. Recently, he starred in the box office success and Harry Potter spin-off Fantastic Beasts And Where To Find Them and the critically acclaimed The Beguiled and The Killing Of A Sacred Deer. Farrell can be currently seen in See-Saw Film’s Widows directed by Academy Award-winner Steve McQueen and starring Viola Davis. He will also star in Disney’s forthcoming live-action remake of Dumbo.

Director, writer and producer Andrew Haigh shot to international acclaim following his heart-wrenching portrait of married life in the Academy Award nominated 45 Years. Adapted and directed by Haigh, the film premiered in Competition at the 2015 Berlin Film Festival where stars Charlotte Rampling and Tom Courtenay won Silver Bears for their performances. 45 Years received numerous awards and nominations including an Academy Award nomination for Rampling and a Bafta nomination for Best British Film. Haigh’s other credits include the breakout hit Weekend (2011) and HBO TV series Looking. Andrew’s latest film Lean On Pete debuted at the Venice, Telluride and Toronto film festivals and has recently been nominated for 4 Bifas including for Best Director. At Venice Film Festival, Lean on Pete star Charlie Plummer received the Marcello Mastroianni Award for Best New Young Actor or Actress.

Filming will begin in this autumn.