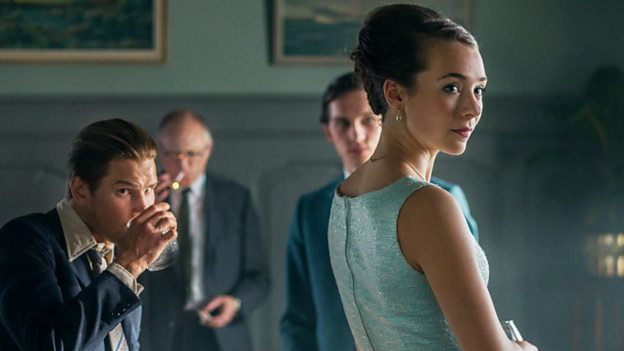 I am sure that BBC Four viewers will become completely engaged by the four main characters and their experiences during this fascinating period of Norwegian history.Sue Deeks

Category: BBC Four; Drama; Commissioning
In keeping with the channel’s tradition of bringing some of the best International drama to the screen, BBC Four has acquired Norwegian drama, State Of Happiness, from DR International Sales.

The eight-part drama, which won Best Screenplay at Cannes Series Festival, follows the story of a small Norwegian town and how it changed after the International oil company, Phillips Petroleum, struck oil.

Sue Deeks, BBC Head of Programme Acquisition, says: “State of Happiness is a beautifully produced period drama. I am sure that BBC Four viewers will become completely engaged by the four main characters and their experiences during this fascinating period of Norwegian history.”

It’s the summer of 1969 in the small coastal town of Stavanger, Northern Europe. Stavanger lives off fish, and the North Sea is emptying out. No more cod, no more herring. Something has to happen. The town is in crisis.

International oil companies have been test drilling for years, but nothing has been found and they are in the process of leaving. Phillips Petroleum, however, are contracted to drill a final hole.

The night before Christmas 1969, the gas flare at the Ocean Viking is lit. Phillips has found the largest sub-sea oil basin in history. And everything is about to change.

The eight episodes cover the years 1969-1972 and follows stories of four young people growing up in a country that, in a matter of a few years, will change from being a small fishing nation and European outpost, to becoming a leading oil nation. The series shows how these four people, their families and relationships, are affected by this dramatic growth.

Christian’s dad, Fredrik Nyman (Per Kjerstad), is the owner and managing director of one of the cornerstone companies of the town, Nyman shipping and cannery, Toril comes from a religious background, and Christian’s girlfriend, Anna, comes from a small farm in a remote area of the countryside. Anna starts working as a secretary at the town hall, where the important political decisions at the time are being made. Jonathan is from Texas, works for Philips Petroleum and is sent to Stavanger in the summer of 1969 to get them out of the agreement with the Norwegian state.

The stories of these young people are intertwined and they are all, in one way or another , are affected by the oil industry and all the changes the oil brought with it; the development of the welfare state, equal rights for men and women, immigration and prosperity.

The series is Directed by Petter Næss and Pål Jackman and Head Writer is Mette M. Bølstad. The Producers are Synnøve Hørsdal and Ales Ree and it is produced by Maipo Film for NRK.

State of Happiness will air on BBC Four this summer.