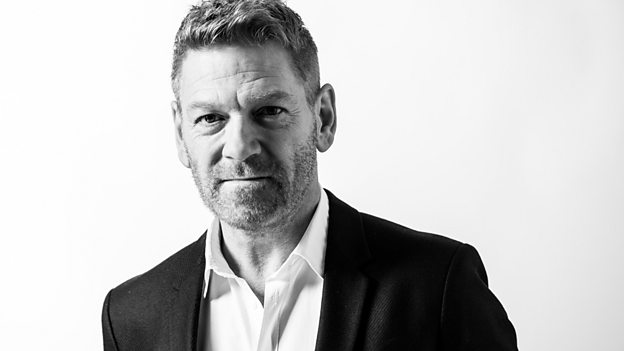 Stalingrad is unique radio, and a true privilege to work on. A gripping panorama of the human experience in an epic Russian context, but with a universal, and very personal connection for listeners.Kenneth Branagh

Translated by Robert and Elizabeth Chandler, Stalingrad is a prequel to Grossman’s novel Life And Fate which was adapted by Radio 4 in 2011 and featuring many of the same acclaimed cast.

Actor Kenneth Branagh says: “Stalingrad is unique radio, and a true privilege to work on. A gripping panorama of the human experience in an epic Russian context, but with a universal, and very personal connection for listeners. I’m so grateful that the BBC have given us this masterpiece in audio, and proud to have played a small part in a phenomenally talented and committed cast and production team.”

The Radio 4 adaptation of Life And Fate was a discovery for many listeners and triggered a revival of enthusiasm for this towering Russian novel of the twentieth century, and the extraordinary life and work of its author Vasily Grossman. There will be another chance to hear Life And Fate as part of the Grossman’s War collection on BBC Sounds, and from 8 December when it broadcasts on Radio 4 Extra.

Alison Hindell, Radio 4 Commissioning Editor for Drama and Fiction adds: “Our first mission into the battlefields of Grossman yielded great success, with Radio 4 listeners embracing the author’s potent subject matter. Through this vivid account and rich audio storytelling, we hope to transport them back to the beginning of the Stalingrad story.”

To accompany the adaption Radio 4 also gives over Book Of The Week to Stalingrad: Destiny Of A Novel; featuring readings from Grossman's private journal, translated here for the first time ever, chronicling his novel's tortuous progress through Soviet censorship from 1950-53. A period when Stalin's last campaign of terror was unfolding against his own Jewish population. Written and presented by author and historian Catherine Merridale, with readings by Anton Lesser, the five-part series tells the dramatic backstory behind the novel and the beginnings of Grossman’s own journey towards Soviet heresy. He was canny enough to keep a personal diary of the process of submitting his manuscript, translated into English for the first time it reveals the beginnings of a maddening journey that became an epic battle of wills. Detailing the pressure of Soviet forces attempting to censor Grossman, and the changing tides of approval and disapproval he faced from his comrades.

Stalingrad: Destiny Of A Novel

An earlier version of this article stated that Life And Fate was to be broadcast from 15 December. This has now been brought forward to Sunday 8 December from 4-5pm.