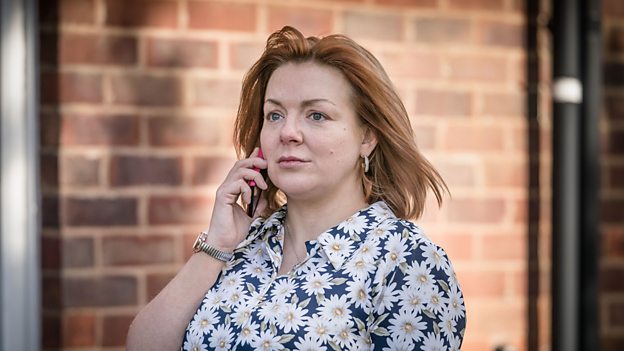 I’m so pleased that we’ve assembled such an extraordinary cast to bring this important true story to screen with sensitivity and compassion. Lucy Richer, Executive Producer, BBC

From Jeff Pope and Neil McKay, the award-winning team behind The Moorside and Appropriate Adult, the new factual drama will go beneath the headlines to shed new light on this story by telling it from the point of view of the families of Stephen Port’s victims, focusing on their fight to uncover the truth about what had happened to their lost sons and brothers in the face of a now widely criticised police investigation.

The news coincides with the release of the first picture from the series featuring Sheridan Smith in character as Sarah Sak, the mother of Anthony Walgate. Filming on The Barking Murders (w/t) continues, with the series due to air in 2019.

On casting, Jeff Pope says: "Neil and I are delighted to be working with Sheridan Smith again, who brings such honesty and passion to every character she plays. Stephen Merchant didn't hesitate when we asked him to play serial killer Stephen Port and we are so grateful that he has agreed to take on such a difficult and challenging role.”

Lucy Richer, Executive Producer for the BBC, adds: "I’m so pleased that we’ve assembled such an extraordinary cast to be a part of bringing this important true story to screen with sensitivity and compassion. This compelling story shows the tireless courage and determination of the victims’ families and friends to find out what really happened. It’s an honour to tell it on BBC One."

The drama has been commissioned by Piers Wenger, Controller of BBC Drama, and Charlotte Moore, Director of BBC Content for BBC One. It will be co-produced by BritBox, where it will premiere in the US and Canada, and distributed internationally by ITV Studios Global Entertainment.

Notes to Editors
Jeff Pope and Neil McKay worked together on The Moorside, which told the story of the community impacted by the disappearance of Shannon Matthews; and Appropriate Adult, which looked at the story of serial killer Fred West from the point of view of trainee social worker Janet Leach. They have a reputation for factual drama based on detailed research that focuses not on the crime itself, but those affected by the events, whose perspective gives a fresh eye on these important news stories.

This drama tells the story of four victims of Stephen Port: Anthony Walgate, Gabriel Kovari, Daniel Whitworth and Jack Taylor and their families and friends who worked tirelessly to find out what happened to them.

Stephen Port received a life sentence with a whole life order in November 2016.