Malory Towers remains hugely popular with fans of all ages and we’re delighted to welcome mischievous Darrell Rivers and her pals to CBBC.Cheryl Taylor, BBC Children’s

Category: CBBC; CBeebies; Commissioning
Enid Blyton’s classic book series Malory Towers is being adapted into a 13-part drama for CBBC, following the adventures of 12 year-old Darrell Rivers as she leaves home for the first time to attend an all-girls’ boarding school.

The 13 x 30’ live-action series is set in the 1940s on the sun-drenched cliffs of the Cornish coast and explores this nostalgic world of midnight feasts, lacrosse, pranks and lasting friendships. Both aspirational and inspirational, the show has also been given a contemporary twist, telling the story of universal experiences such as shifting cliques, FOMO, bullying, crushes, peer pressure, and self-doubt. The girls keep an eye on each other and, like a family, are forever connected by their shared experiences.

The series has been commissioned by Cheryl Taylor, Head of Content BBC Children’s, in association with DHX Media’s Family Channel in Canada. It is being made by King Bert Productions and DHX Media, and is adapted for television by Rachel Flowerday and Sasha Hails. Executive Producers for DHX Media are Josh Scherba, Anne Loi and Michael Goldsmith, with Jo Sargent serving as Executive Producer for King Bert Productions. The Commissioning Editor for the BBC is Amy Buscombe.

Cheryl Taylor, Head of Content for BBC Children’s, says: "Malory Towers remains hugely popular with fans of all ages and we’re delighted to welcome mischievous Darrell Rivers and her pals to CBBC. We also feel privileged and proud to have such strong returners in the shape of Molly And Mack, The Dumping Ground and The Dengineers, as the quality of these series is exceptional. Several notable new formats including Let’s Go for A Walk, Number One Newton Avenue and Andy And The Band will ensure CBBC and CBeebies remain on sparkling form."

Also new for CBBC is Andy And The Band. A 15 x 15’ series, it features a band like no other. The Odd Socks can sing, they can play instruments, and they can completely ‘rock out’ until all their hair stands on end. But the Odd Socks are also, well, odd. And that’s exactly how CBeebies favourite Andy Day alongside Moxy, Rio, Blu and Cousin Mac like it because being an Odd Sock means digging your differences, bigging-up your bizarre bits, taking on the world AND helping everyone else in the world be whatever kind of Odd Sock they want to be too.

The series is made by Three Arrows Media in association with Ninja Pig Productions. Executive Producers for Three Arrows/ Ninja Pig are Jon Hancock, Dave Hallam, Tamsin Skan and Jon Turner. Commissioning Editor for the BBC is Michael Towner.

Other commissions announced for CBBC include The Dengineers, from BBC Children’s In-house Productions, which returns with new spin-off episodes The GarDengineers, in which green-fingered experts help children create special places in their gardens. Also returning is The Dumping Ground, which has been commissioned for another two series.

Brand new for younger viewers on CBeebies is Number One Newton Avenue, a 10 x 7’ maths series about how children encounter maths in their daily lives. In each episode, six year-old Isaac has to solve a maths problem. From simple equations to counting, sequencing, ordering, or geometry, each concept is embedded into an entertaining, stand-alone story. Isaac is helped by a multitude of inanimate objects that come to life, and guide him through every problem he encounters.

Other returning series commissioned from BBC Children’s In-house Productions include Justin’s House and two series of the hit pre-school drama, Molly And Mack.

Andy is also presenting an epic new 30-part series, Andy’s Aquatic Adventures for CBeebies. When disaster prevails at Safari World, Andy takes to either his Safari-mobile or his all new Sub-aqua mobile to explore an awe-inspiring aquatic world to find the answer to his predicament. Jen, Safari World’s tech wizard (Puja Panchkoty), monitors Andy’s adventures from the Control Tower. As well as dolphins, sharks and fascinating fish from all corners of the globe, Andy meets the largest marine animal on the planet - the magnificent Blue Whale. But will he and Jen succeed in their mission before their boss, Mr Hammond, (Adam Astill) notices anything is wrong?

Let’s Go for A Walk is a brand new live-action show in which presenter Hamza Yassin and his mini-ramblers, explore and discover that there is magic and adventure everywhere… if you only look closely enough. Let’s Go For A Walk, 30 x 15’, is an accessible way for every child to enjoy being outdoors and appreciate the nature on their doorstep, showing how even the everyday walk to nursery or the shops can be extraordinary and an expedition worthy of the greatest explorers. Made by Hello Halo, it is executive produced by Terri Langan and Commissioning Editor for the BBC is Julia Bond.

Hushabye Lullabye is a super soft, quirky 10 x 3’ animation series full of music, lullabies and cuddles. Hushabye Lullabye invites the audience to experience a sense of calm before quiet time and sleep, with loveable alien, Dillie Dally, and the Hushabye Rocket, as they embark on a relaxing musical journey of exploration and discovery to Planet Dream. Made by Maramedia, the Executive Producer is Simon Parsons and Commissioning Editor for the BBC is Julia Bond.

Maddie’s Do You Know? returns with for a fourth series to CBeebies along with exciting new spin-off Maddie, the Zoo & You in which Maddie Moate helps young audiences explore how to stay healthy, look after their bodies and understand how they work, through the wonderful world of animals. But this is no ordinary look at wildlife. Every animal Maddie meets has something special that helps the audience to learn about looking after the human body from a completely different angle. For both series the Executive Producer for 7Wonder is Sarah Trigg and Julia Bond is Commissioning Editor for the BBC. 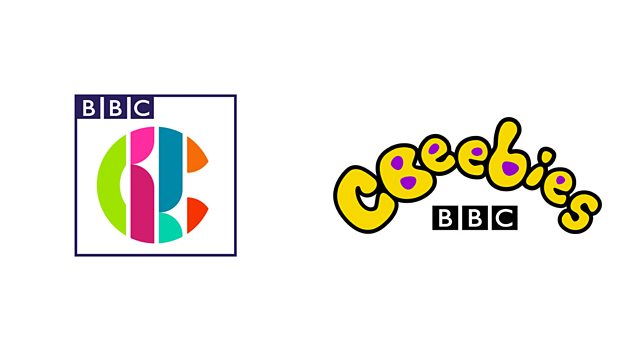