“Journalism partnerships work” says the BBC, a year on from the launch of pioneering project in local news 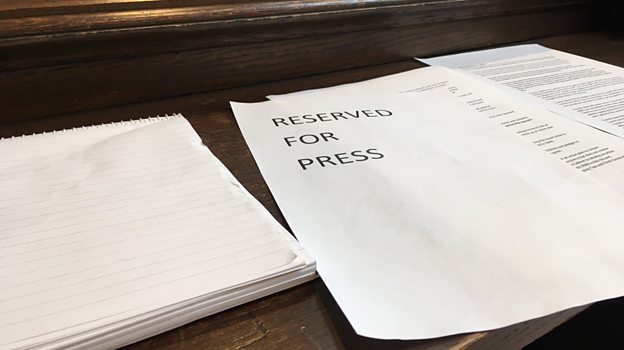 We’ve proved that journalism partnerships can work. As a public service news provider, we believe in local news and we’re proud to support it.Ken MacQuarrie

Category: Corporate; News; Scotland; Wales; English Regions; BBC North; Bristol; Birmingham; Salford
A pioneering partnership between the BBC and the local news industry has resulted in more than 50,000 public service stories in its first year and is now attracting international attention from other countries keen to replicate its success.

The Local News Partnerships, which sees the BBC fund public service local journalism that can be used by the BBC and other news outlets, was launched a year ago today.

There are now more than 100 partners involved, from major news publishers to hyper-local websites and even other broadcasters, holding local decision-makers to account.

And the success of the scheme has attracted international attention, with publicly funded news organisations from around the world contacting the BBC to find out how it works.

The partnership was marked at a reception in Parliament on Tuesday, February 5 attended by the Secretary of State for digital, culture, media and sport, Jeremy Wright.

Ken MacQuarrie, Director of BBC Nations & Regions, says: “We’ve proved that journalism partnerships can work. As a public service news provider, we believe in local news and we’re proud to support it. In a world of fake news, it’s vital people can get trusted local news which holds local decision-makers to account.

“We’ve overcome significant challenges in an industry that is traditionally highly competitive, to enter partnerships that have proved in the last year to be a huge success, mutually beneficial and an obvious public good.”

JPIMedia editor in chief Jeremy Clifford, chair of the NMA/BBC Advisory Panel, says: “In its first year, the Local News Partnership has produced a wealth of public interest journalism which has held councils to account, reversed controversial policies, and ensured that key decisions are held up to scrutiny.

“This has benefited the local media sector, the BBC and, most importantly, the public, who rely on trusted news and information to make sense of the world. We are proud of this partnership, which is proof of the clear benefits that collaboration can bring to public interest journalism.”

Through the Local News Partnerships, the BBC invests up to £8m a year in public service local journalism. The biggest part of the partnerships is the Local Democracy Reporting Service.

The BBC pays for reporters to cover the work of local councils and other public bodies. There are currently 135 of the reporters in post, covering England, Scotland and Wales. The service is due to launch in Northern Ireland soon.

The Local Democracy Reporters have filed more than 54,000 stories in the last year. These stories are shared with the BBC and can be used by all external partners.

The BBC pays for the reporters but they are employed by local news providers such as news publishers, hyper-local sites or other broadcasters.

The material the Local Democracy Reporters produce can be used by more than 100 partners who represent more than 850 print, online and broadcast outlets.

It means there is impartial, comprehensive journalistic coverage of local councils across the country. In some areas, it’s the first time councils have been subject to journalistic scrutiny for years.

The Local Democracy Reporters have uncovered stories including:

The Local News Partnerships also include a shared data unit, a mix of BBC and external local news journalists, writing data-led investigative reports shared with partners, and the News Hub, which gives outlets access to online and television news content from the BBC’s regional newsrooms.

The BBC entered into the Local News Partnership following an agreement with the News Media Association, which represents most of the commercial news sector. The partnerships were part of a commitment made by the BBC in its last charter agreement.

Several public service news organisations have contacted the BBC about the scheme since it began including organisations from New Zealand, Sweden, Canada, Japan and Norway.

It reflects the global interest in finding ways to support public service journalism.

Ken MacQuarrie says: “Around the world, the challenge of funding independent, impartial public service journalism is a serious issue.

“Partnerships are clearly part of the solution and we’re proud the BBC is leading the way by supporting local news and ensuring there is proper reporting of local issues.