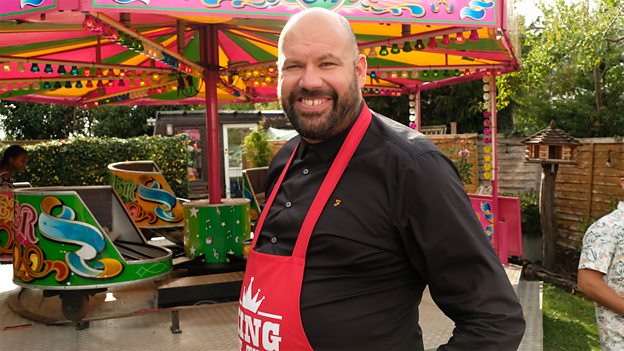 We love writing these characters and it’s going to be an absolute joy to muck about in their world.Tom Davis

Category: BBC One; Comedy; Commissioning
Warm-hearted family sitcom, King Gary, has been commissioned to series for BBC One, following a successful pilot which broadcast in December 2018. The 6x30’ series, which is produced by Shiny Button Productions, part of EndemolShine UK, starts production this weekend.

The series is created by the Bafta-winning team behind Murder In Successville. It is written by Tom Davis and James De Frond, stars Davis and is directed by De Frond.

The series follows Gary King (Tom Davis) and love-of-his life, Terri (Laura Checkley) as they bowl through family-life in suburbia. Gary’s quest to impress the neighbours and fill dad, Big Gary’s big shoes, might be more successful if he wasn’t such a drama-queen but there’s always a lot of love around in Butterchurn Crescent.

Shane Allen, Controller of Comedy Commissioning for the BBC, says: “King Gary is big on laughs, big on heart and big on talent. Landing a mainstream family sitcom with a modern tone is a tough nut to crack but these scripts are bursting with great lines and well-earned set pieces. We look forward to Gary and Terri bringing cheer to a year of bafflement.”

Writer and star, Tom Davis, says: “James and I are honoured to be given the opportunity to bring the world we’ve grown up around to BBC One. We were both blown away with the tip top response to the pilot and can’t wait to get cracking with the series. We love writing these characters and it’s going to be an absolute joy to muck about in their world.”

Returning to the cast are Simon Day (The Fast Show) as Big Gary; Camille Coduri (Him & Her) as Denise; Laura Checkley (The Detectorists) as Terri; Neil Maskell as Winkle (Humans) and Romesh Ranganathan (The Misadventures Of Romesh Ranganathan) as Stuart. They will be joined by Dustin Demri-Burns (Stath Lets Flats), Lisa McGrillis (Mum), Mim Shaikh (BBC Radio 1Xtra), and Emma Sidi (Pls Like).

King Gary is a Shiny Button Production for BBC One. The Executive producers are Andy Brereton, Tom Davis and James De Frond and the Producer is Rupert Majendie. King Gary was commissioned by Shane Allen, Controller Comedy Commissioning. The Commissioning Editor for the BBC is Alex Moody.