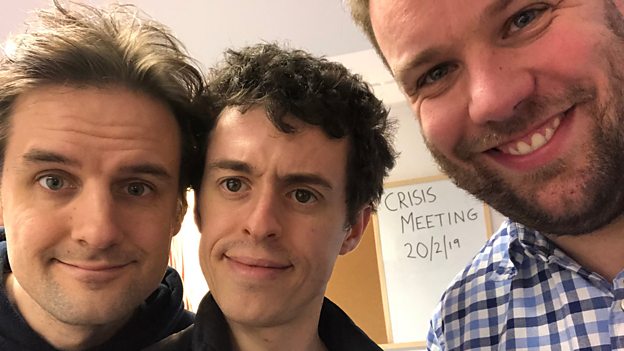 We are still very short on equipment - if you have a camcorder we can borrow (in any condition) please do fax us.Henry Lewis

The Goes Wrong Show is commissioned by BBC’s Controller of Comedy Commissioning Shane Allen, and Charlotte Moore, Director of BBC Content and is based on the The Play That Goes Wrong, the internationally successful, award-winning Mischief Theatre brand.

The Goes Wrong Show, will be written by and star the original founding Mischief Theatre members; Henry Lewis, Jonathan Sayer, and Henry Shields alongside Nancy Zamit, Charlie Russell, Bryony Corrigan, Greg Tannahill, Dave Hearn and Chris Leask. With their unique brand of physical theatre, the Mischief team will bring all aspects of their globally recognised talents to the television version which will be filmed in front of a live studio audience.

The series sees The Cornley Drama Society undertaking another (overly) ambitious endeavour, held back by prolific over-actor Robert Grove, the screen-hogging Sandra Wilkinson and the artistically mistrusted Dennis Tyde. Six brand new, hand-crafted, half hours of theatrical catastrophe include the gripping courtroom drama 'A Trial to Watch' and World War II spy thriller 'The Pilot' (which is not the pilot). The Goes Wrong Show is simply Mischief’s biggest disaster yet.

Henry Lewis, co-writer and co-founder of Mischief Theatre, says: “Ever since we first began to make things go wrong all the way back in 2012 it has been a dream of ours to bring a series based on this joyful brand of humour to the screen and so when the BBC commissioned The Goes Wrong Show it was a dream come true. We’re so grateful for this incredible opportunity and we can’t wait to get started on making some truly terrible programmes. We are still very short on equipment - if you have a camcorder we can borrow (in any condition) please do fax us.”

Mischief Screen is part of the recently launched Anthology Studios, part of the Anthology Group founded by Bob Benton and run by Hilary Strong. They are working on The Goes Wrong Show with Lionsgate who will be representing the show globally and separately with YTD HK which has acquired Chinese rights directly from Mischief Screen.

Mischief Screen CEO and Executive Producer, Hilary Strong, says: “Mischief has long demonstrated that they have a unique voice in comedy, with a hugely successful global theatre brand, as well as a growing reputation in television. Their particular style of physical humour transcends boundaries in a way that most humour simply cannot do and I am thrilled to be working with them and our partners Big Talk, the BBC, Lionsgate and YTD HK.”

Kenton Allen, CEO and Executive Producer, says: “Everyone at Big Talk Towers have been huge fans of the brilliant comic inventiveness of Henry, Jonathan, Henry and Team Mischief for a very long time, so we are delighted to help them make an entire BBC television series go wrong. The scripts are truly terrible and we haven’t got a clue what we’re doing, so what’s the worst that can happen?”

Shane Allen, Controller of BBC Comedy, says: “The two Christmas specials we’ve backed showed a huge audience appetite for this ensemble’s superbly inventive brand of family friendly comedy. BBC One has a unique role for viewers as the country’s sole provider of mainstream British comedy and it’s particularly gratifying to also be the only UK broadcaster still flying the flag for the studio sitcom with these fast rising stars.”

Lionsgate will sell global television rights mirroring the co-partnership the studio had with the BBC on the award winning, critically acclaimed Motherland. Of the partnership CEO Zygi Kamasa says: “Lionsgate has a reputation for supporting and partnering with the best of British talent. We’re thrilled to partner with our friends at the BBC again on this superb project. We’ve admired all that the Mischief team do for such a long time making this a dream-come-true collaboration.”

The Goes Wrong Show is a Mischief Screen/Big Talk production in association with Lionsgate and YTD HK. The show will be produced by Jim Poyser (Timewasters, The Job Lot) and directed by Martin Dennis (Men Behaving Badly, Black Books). The Executive Producers are Hilary Strong and Kenny Wax for Mischief Screen, Kenton Allen, Saurabh Kakkar and Matthew Justice for Big Talk Productions and the series is commissioned by Shane Allen, Controller of BBC Comedy, Charlotte Moore, Director of BBC Content and Kate Daughton, Commissioning Editor for BBC. 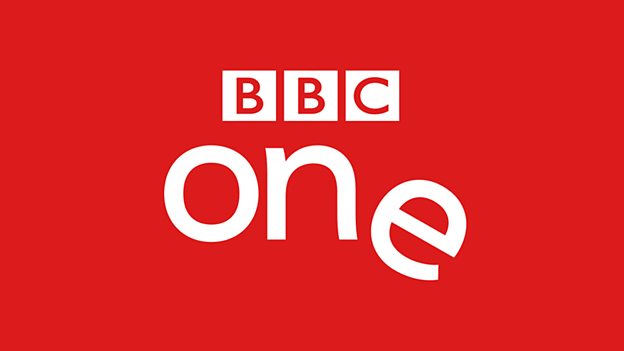