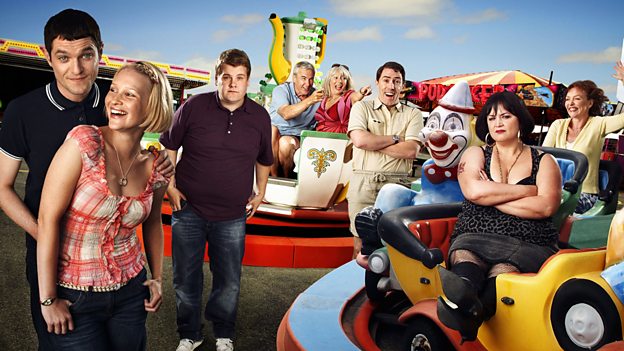 Over the last ten years we’ve talked a lot about Gavin and Stacey - where they might be today and what their lives might look like. And so in secret we took the plunge and wrote this one hour special.Ruth Jones and James Corden

The hit British sitcom, created and written by Ruth Jones and James Corden, will be produced by Fulwell 73, Tidy Productions and Baby Cow Productions.

Ruth Jones and James Corden, says: “Over the last ten years we’ve talked a lot about Gavin and Stacey - where they might be today and what their lives might look like. And so in secret we took the plunge and wrote this one hour special. We’ve loved revisiting Barry and Essex again and bringing the characters back together has been a joy. We’re so excited to get the chance to work with our fabulous cast and crew once more and to give fans of the show a festive treat this Christmas. Thank you BBC for helping to make this happen.”

Gavin & Stacey broadcast over three series (plus a Christmas special) from 2007 to 2010 on the BBC. Gavin (Mathew Horne), an ordinary boy from Essex in England and Stacey (Joanna Page), an ordinary girl from Barry in Wales, spoke on the phone to each other every day at work, they finally met, fell in love and got married. The series went onto explore the simple love story of these two young people from different parts of the UK, and the impact their relationship had on their friends and family.

The sitcom was a breakthrough hit for BBC Three and the 2008 Christmas special and third series moved to premiere on BBC One. The shows 2010 New Year’s Day finale had record ratings for the series with 10.25m viewers.

Charlotte Moore, Director of BBC Content, says: “Everyone at the BBC is hugely excited to be welcoming back Gavin and Stacey to BBC One this Christmas. We can’t wait to see what’s happened to everyone over the last nine years, and what’s next for one of the nation’s favourite comedy families.”

This Gavin & Stacey special (1x60’) is a Fulwell 73, Tidy Productions and Baby Cow Production for BBC One. It has been commissioned by Charlotte Moore, Director of BBC Content, and Shane Allen, Controller of BBC Comedy. Gavin & Stacey is created, written and executive produced by Ruth Jones and James Corden. It is also Executive Produced by David Peet, Leo Pearlman and Ben Winston. Shane Allen is the Commissioning Editor for the BBC.

Further details will be announced in due course.