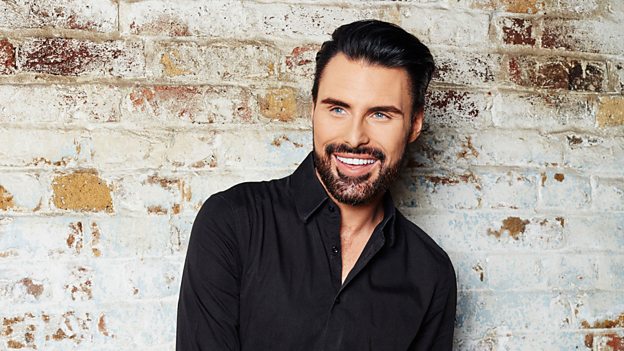 These new commissions demonstrate what great shape factual entertainment is in at the BBC.David Brindley

Two series have been commissioned on BBC One following successful pilots. Presented by Rylan Clark-Neal, You Are What You Wear (w/t), produced by MultiStory Media, offers a modern take on the tradition makeover show whilst Easy Ways To Live Well, made by Keo Films, reveals simple and surprising ideas we can use in everyday life to dramatically improve our diet, our fitness and our health.

Meanwhile on BBC Two - after becoming the biggest new factual entertainment title on BBC Two for over three years - hit global travel series, Race Across The World, has been recommissioned from Studio Lambert for two new bumper-length eight-part series.

David Brindley says: “These new commissions demonstrate what great shape factual entertainment is in at the BBC. On BBC One, following successful pilots, I’m delighted that we are bringing two fantastic new series to our screens - Rylan is the perfect fit as presenter for our modern take on the makeover show whilst Steph and Hugh are a brilliant duo to help us all cut through the noise of the latest fads and advice to find effective ways to improve our health.

"On BBC Two, we’re thrilled to be bringing back Race Across The World for a further two series. Over three million people enjoyed the finale of the first series and it became a huge word-of-mouth hit. To have developed and launched the biggest new factual entertainment title on BBC Two since 2016 is a real result and I can’t wait to see where the journey will take our brave explorers next."

Patrick Holland, Controller, BBC Two, says: "Race Across World shows the ambition and creative risk-taking that is possible on BBC Two. I am delighted that it’s spirit of adventure, open heartedness and sheer sense of possibility, unique qualities that could only have developed on BBC Two, chimed so well with audiences young and old."

You Are What You Wear (w/t)

You Are What You Wear (w/t, 4x60') is set in a department store of dreams, where every size and shape is catered for.

Each episode will follow four customers as they come to the store in the hope of solving a fashion dilemma or undergoing a complete transformation. The customers are each invited into a fitting room with a giant mirror, where they are asked to look at their reflection and articulate what they see. In this emotional moment, they open up to Rylan about their insecurities and how they really feel about themselves.

Watching on from behind the scenes will be a squad of four amazing personal shoppers, all with very different styles and personalities. The stylists will react to each customer’s revelations and decide among themselves who is the best fit for each person. During the makeover, the other stylists will continue to look on, offering their opinion and other takeout.

Once their incredible style makeovers are complete, the customers return to the mirror room with Rylan to see their new look for the first time. Once again, they look at their reflections and answer the all-important question: what do they see?

Rylan Clark-Neal says: “I'm thrilled to be fronting a new series on BBC One, and can't wait to help people from all walks of life find their sense of style and be proud of what they see when they look in the mirror."

Ana De Moraes, Group Creative Director MultiStory Media and Executive Producer of You Are What You Wear, says: “BBC One prime time has been a significant target for us and so we are incredibly excited with the opportunity to bring a new fashion makeover to BBC One. This series has a unique mix of humour, emotion and consumer take out and Rylan is such a joy at the heart of proceedings.”

You Are What You Wear was commissioned by Charlotte Moore, Director of Content and David Brindley, Head of Commissioning, Popular Factual and Factual Entertainment. It will be produced out of MultiStory Media's regional MediaCityUK office in Manchester, where the series is also filmed. Executive Producers are Ceri Aston and Ana de Moraes for MultiStory Media and the BBC Commissioning Editor is Catherine Catton. 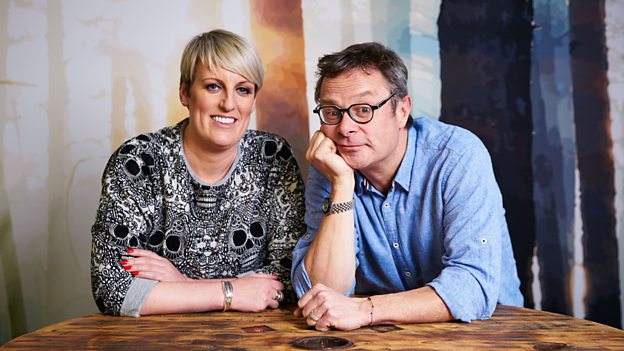 Armed with Dr Zoe’s advice, Hugh and Steph will help families and communities take on everything from stress to non-stop snacking, gut health to screen time, following their progress as they put different solutions to the test to find out which work best.

And in their personal search for a healthier life, Hugh and Steph will also test out some of the more unusual or extreme health tips for themselves, as well as calling out others that are simply nonsense.

Steph McGovern says: “As well as trying to help others, Hugh and I also want to make changes ourselves. I’m always on the go, which means my health has often been the thing that suffers. I’m buzzing about the chance to find simple ideas I can fit into my busy life - even if means sharing some, shall we say ‘intimate details’ with the nation!”

Hugh Fearnley-Whittingstall says: “Time's flying by, and suddenly I’m 54! I think it’s inevitable that, as you get older, you start to worry a bit more about your health. I’m actually quite fascinated to find out the changes you can make that will make a difference - provided they don’t hurt too much! Steph and I have different approaches to life and I think we are drawn to try out different things - but we are definitely up for challenging each other to step outside our comfort zones. I think between us we’ll be able to offer our viewers the chance to make really worthwhile changes in their lives."

Easy Ways To Live Well is made by Keo Films and was commissioned by Charlotte Moore, Director of Content, and David Brindley, Head of Commissioning, Popular Factual and Factual Entertainment. The Executive Producer at Keo is Kari Lia and the BBC Commissioning Editor is Clare Mottershead.

Race Across The World 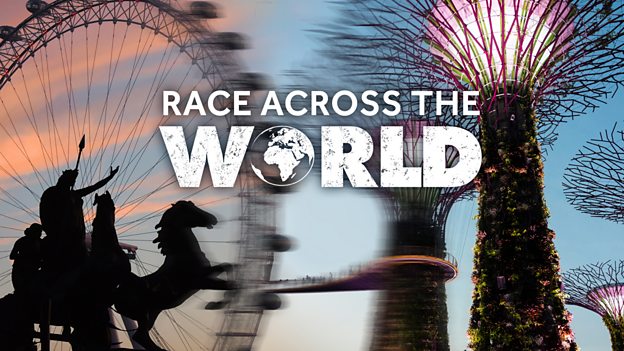 The first series launched in spring this year and was the biggest new factual entertainment title on BBC Two since 2016 with the final episode consolidating at 3.2m viewers.

In these new series, pairs of travellers will race from the start line in one part of the world to the finish thousands of miles away - without the use of air travel or any of the trappings of modern day life. They must navigate their way through the varied landscapes of countries at ground level, with only the cash equivalent of the airfare to their final destination.

As in the first series, which saw teams race from London to Singapore, the competing travellers will discover that to reach the finish line quickest and win the cash prize, they need to rely on the kindness of strangers and use every ounce of their travel skills and ingenuity. They’ll have no mobile phones, internet access or credit cards to assist them.

Tim Harcourt, Creative Director at Studio Lambert, says: “Race Across The World was an epic and ambitious series and we’re thrilled it delighted viewers and captured the imaginations of both young and old. Series two will retain the jaw-dropping landscapes, charm and appeal of series one, but with a new and longer route there are sure to be fresh challenges and surprises our teams will face.”