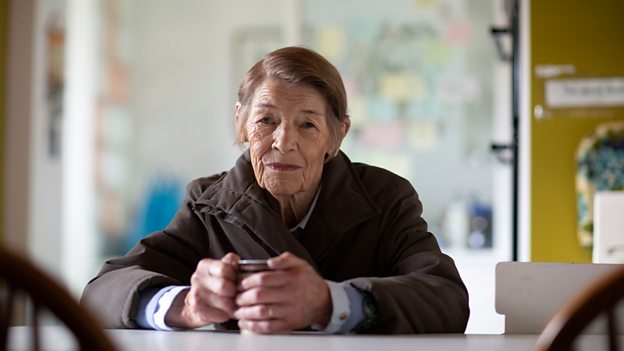 Category: BBC One; Drama
Filming has begun on Elizabeth Is Missing, the BBC One feature length adaptation of Emma Healey's best-selling novel. The film marks Glenda Jackson's return to the screen after over 25 years, in the leading role of Maud. The film is made by STV Productions and is being shot in Scotland.

Elizabeth Is Missing combines a gripping mystery with a tender yet unflinching exploration of one woman’s struggle with dementia. When her best friend Elizabeth goes missing, Maud is convinced that something terrible has happened, and sets out to solve the mystery. But with her dementia worsening, unfinished business unearthed and the past and present starting to merge, Maud's search takes on a poignant urgency. Will Maud be able to discover the truth before she loses herself completely?

Andrea Gibb (Swallows And Amazons) has adapted the screenplay from Emma Healey’s novel and the one-off 90 minute drama is directed by Bafta award-winning Aisling Walsh (Room At The Top). Executive Producers are Sarah Brown and Andrea Gibb for STV Productions and Gaynor Holmes for BBC One. It is produced by Chrissy Skinns.

Elizabeth Is Missing is distributed internationally by Sky Vision.