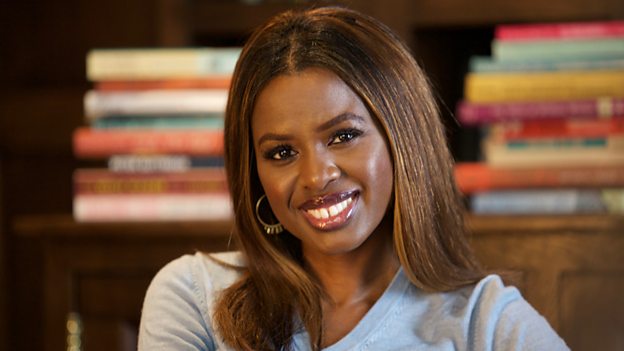 I relish the challenge of working with senior leadership to make the BBC more inclusive and representative of the broad and diverse audience it serves.June Sarpong

Category: Corporate
Broadcaster, writer and campaigner, June Sarpong MBE has been appointed as the BBC’s Director of Creative Diversity.

June will lead a renewed drive to further transform and modernise the BBC and its culture. She will work to increase representation and ensure that our content reflects the public we serve. She will take up her new role from 1 November, and will attend the Executive Committee.

June is an internationally renowned broadcaster, writer and campaigner on diversity issues. She started her career as a DJ and presenter on MTV, Kiss FM and for ten years on Channel 4’s T4 youth strand. She has gone on to appear as a panellist on ITV’s Loose Women and now on Sky News’ The Pledge.

Since 2010, she has built a reputation as a leading campaigner on a wide range of diversity and inclusion issues. She is a passionate advocate for change in the workplace and a champion for greater representation throughout the media.

As the BBC’s Director of Creative Diversity, June Sarpong will focus on improving the BBC’s on-air talent portrayal and commissioning. She will develop strategies to support both on-air and production talent representation and portrayal across the BBC and its partners. This includes ensuring the BBC commissioning guidelines achieve real change and creating an open culture to support and develop new talent and content makers, working across all BBC output and platforms.

June Sarpong says: "As we move on from National Inclusion Week and begin Black History Month, I am particularly humbled to step into the newly created role of Creative Diversity Director for the BBC. I relish the challenge of working with senior leadership to make the BBC more inclusive and representative of the broad and diverse audience it serves.

“The task is indeed daunting, however being awarded the opportunity to help level the playing field for the next generation of diverse talent, makes the obstacles and discrimination I have personally faced throughout my own career all the more worthwhile. I look forward to collaborating with diversity and inclusion industry stakeholders to find new and productive ways to create systemic change."

Tony Hall, Director General of the BBC, says: “I am delighted that June Sarpong is joining the BBC. While we have made significant progress on diversity, we also have to accept that the BBC has much further to go. June’s drive, ambition, and knowhow, will help further transform the BBC’s programming to ensure that we truly reflect the public we serve.

“June is an immense talent and an internationally-renowned figure on how to deliver change. June will look at improving the BBC’s on-air talent portrayal and commissioning. She will provide expertise on all on-air diversity matters and serve as an ambassador and champion.

“She will have a wide remit to deliver change, and I have no doubt that with her help and leadership, we will deliver it. I am determined that we have a BBC that continues to speak to and for everyone. June will help us achieve that.”

Bob Shennan, Group Managing Director, says: “June brings a wealth of experience, creativity, insight and leadership to the role. She’s a formidable champion for diversity and inclusion whose ambition matches our own in this important area. I’m delighted that she’ll be joining the BBC, we’re lucky to have her on board.”

As the BBC’s Director of Creative Diversity, June Sarpong will focus on improving the BBC’s on-air talent portrayal and commissioning, developing strategies to support both on-air and production talent representation and portrayal across the BBC and its partners. She will serve as an ambassador and champion for the BBC within the media industry and business. She will represent the BBC on relevant external boards to provide expertise on all on-air diversity matters. Leading the BBC’s relationship with Ofcom around creative queries and work closely with industry partners to deliver Diamond - an industry-wide monitoring database system which will measure the diversity profile of the workforce on UK productions, on and off air.

Since 2010, June has built a reputation as a leading campaigner and thinker on a wide range of diversity issues. She has:

June will continue with her other commitments. She will work for the BBC three days a week, whilst continuing her work as a broadcaster and thought leader on the media’s creative diversity agenda outside this time. The appointment is initially for two years.

The role was advertised in May.

This appointment builds on the improvements the BBC has made in recent years in improving on and off air representation. Earlier this year, Board member Tom Ilube took on the Chair of the BBC’s Diversity and Inclusion Advisory Group, supported by Tanni Grey-Thompson and with external advisors Solomon Elliott, Tanya Motie, Geoff Norcott, Adele Patrick, as well as June herself. The group support and advise the Director-General and the BBC on how it portrays all of the UK’s communities on air, and represents them in its workforce.

Creative diversity and making amazing programmes for TV, radio and online for all audiences is the BBC’s number one priority. Diversity of voices, opinions, stories, geographies and communities is at the heart of this, demonstrated by recent commissions including Ru Paul’s Drag Race UK and Famalam in entertainment, George the Poet’s BBC Sounds podcast and the drama, Pose.

The BBC’s diversity targets are ambitious across the board, such as 15% BAME staff across the BBC and in leadership roles by 2020. And we are the only broadcaster who routinely and voluntarily publishes our BAME pay gap and figures for social diversity - where around 40% of our employees are from low and intermediate income households.

Increasing representation of BAME and women in senior leadership remains a priority. Progress is being made but more needs to be done, particularly at the very highest executive levels. We have already reached our 2020 targets for BAME staff (15%) at 15.3% and disabled staff (8%) at 10.2%; whilst BAME staff in leadership roles are at 11.5%, up from 10.4%; and women now fill 43.8% of leadership roles at the BBC - up from 42.1%. We have introduced a new target for the BBC Executive Committee and all divisional boards to have two BAME members by the end of 2020.