Gavin & Stacey wins Christmas Day ratings in 2019 on BBC One 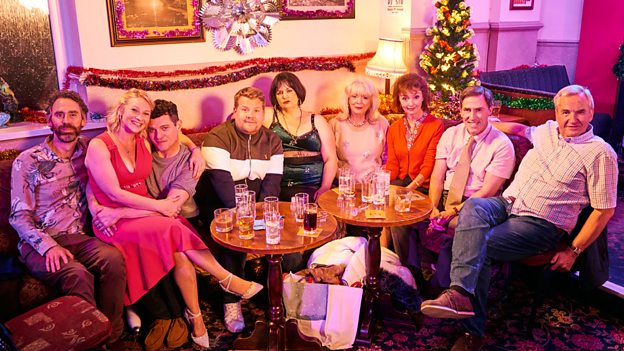 Category: BBC One; Comedy; Entertainment; Drama; News; Corporate
BBC One’s Gavin & Stacey was the most watched show on Christmas Day with an incredible 11.6 million viewers, making it the biggest of the decade across all channels (since 2008).

BBC One swept the board as audiences turned to the channel throughout the day and delivered the top seven shows across the day, and eight out of the top ten most popular shows.

BBC One was the channel of choice once again showcasing an outstanding range of programmes across drama, comedy and entertainment.

BBC One continues to be the UK’s most popular channel and reaches more people than any other every week.

This year, the channel has increased its share with 16-34s in peak, and reaches more young people than anyone else.

BBC One had its biggest Christmas Day share of the decade for 16-34s. For young audiences we had the top nine programmes and grew volume of 16-34s year-on-year and Gavin and Stacey is the biggest show for 16-34’s this year (overnight).

Charlotte Moore, Director of BBC Content, says: “Christmas Day on BBC One brought the nation together and entertained them in their millions with the much anticipated return of Gavin & Stacey taking the top spot in 2019, and making it the biggest in a decade. We delivered something for everyone with the seven most popular programmes that cap off an incredible year for BBC One celebrating British talent and creativity.”