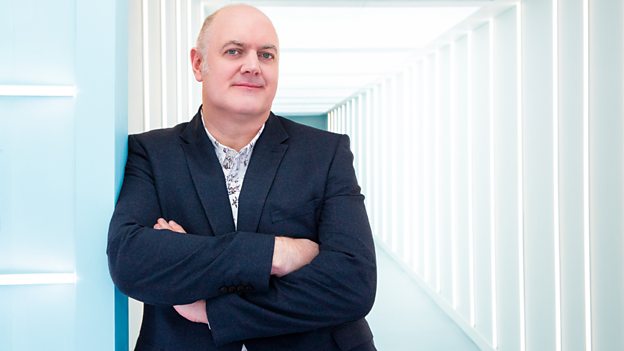 I am delighted to announce these new commissions, they demonstrate our ambitions in terms of the scale and depth of storytelling on the channel. Patrick Holland

The Claim is a competitive new series where six intrepid British couples will brave sub-zero temperatures, wild bears and predators as they compete to win a home deep within the Alaskan wilderness. The British couples will retrace the steps of a man who was the last person to claim five acres of virgin land under the American Homestead Act, and now after living there for 35 years with his wife is looking for an heir to take over the legacy.

Dara O Briain presents The Family Brain Games which follows eight families as they go head to head in a series of games to compete in the ultimate test of intelligence. In order to be crowned the winner, families will have to work together as one-high performing team as they tackle games that have been designed with the help of a cognitive neuroscientist to test mental ability and are put to the test in areas including communication, technology and strategy, now seen by experts as critical components of 21st Century intelligence.

New current affairs series Who Should get A British Passport? (w/t) is an honest, candid and revealing look at Britain’s immigration system to ask the controversial question, who really deserves a place in the UK? The series follows immigration lawyers across the country as they set out to separate fact from fiction in their attempts to get their clients a visa.

Patrick Holland, Controller, BBC Two, says: “I am delighted to announce these new commissions, they demonstrate our ambitions in terms of the scale and depth of storytelling on the channel. The Claim and Family Brain Games continue the rejuvenation of factual entertainment on the channel, following the recent successes of Sewing Bee and the launch of Race Across the World. Who should get a British Passport? shows our unparalleled commitment to the most important timely stories in peak, asking challenging questions about the biggest issues.”

The British couples will retrace the steps of a man who was the last person to claim five acres of virgin land under the American Homestead Act, and now after living there for 35 years with his wife is looking for an heir to take over the legacy.

Over 6x60’ episodes one British couple will inherit this remarkable stretch of land.

The couple built their incredible home, 60 miles from the nearest road, by hand. Now in their 70’s they are determined to pass on their life’s work to fresh blood. But to win this life changing prize, one couple must prove over everyone else that they have what it takes to thrive in the wild. Battling sub-zero temperatures, wild bears and predators, who will have the grit, bravery and determination to make a success of living off grid?

The Claim, a 6x60' for BBC Two, is made by TwoFour. The Executive Producers are David Clews, Andrew Mackenzie, Nic Patten and Dan Adamson. It was commissioned by Patrick Holland, Controller, BBC Two and Clare Sillery, Head of Commissioning, Documentaries. Emily Smith is the Commissioning Editor.

This brand new series presented by Dara O Briain and produced by Label1 follows eight brilliant families from all walks of life as they come together in a specially designed ‘games lab’ to compete in the ultimate test of intelligence.

Each episode will see two families go head-to-head in a series of games, designed with the help of leading cognitive neuroscientist Dr Adam Hampshire from Imperial College London, to test mental ability. Going beyond traditional ideas about how to measure brain power, such as IQ, the families will also be put through their paces in a range of more surprising areas including communication, technology and strategy now seen by experts as critical components of 21st Century intelligence.

After four heats, three semi-finals and a grand final, just one family will emerge victorious. But as each family will be judged as a whole, individual brilliance will not be enough in The Family Brain Games, as the teams will have to work together as a high-performing team to succeed.

As these families tackle each demanding challenge, documentary cameras will follow them behind-the-scenes, helping us to understand what makes these relationships tick by exploring their family dynamics and their response to the pressure of intense competition.

Neuroscientist Dr Hannah Critchlow will help Dara use their experiences to unpack the latest research in the fascinating science of intelligence.

Patrick Holland, Controller, BBC Two, says: “We’re excited about bringing the UK’s most brilliant families together and celebrating their incredible brainpower. Mixing documentary sensibility with the entertaining world of family competition, all hosted by the excellent and scarily smart Dara O Briain promises to be an thoroughly enjoyable watch.

Simon Dickson, Creative Director of Label1, says: “We are absolutely delighted to be making this big-scale popular format for the BBC. The Family Brain Games’ hybrid of tense competition and inquisitive documentary feels like it has the potential to take us into an exciting new world of storytelling.”

The Family Brain Games (8x60’) was commissioned by Patrick Holland, Controller, BBC Two and David Brindley, Head of Popular Factual and Factual Entertainment. The Commissioning Editors are Clare Mottershead and Ricky Cooper. It is made by Label1, the Executive Producers are Simon Dickson and Lorraine Charker-Phillips.

Who Should Get a British Passport? (w/t)

In a divided Britain, who we let into the UK, or allow to stay here, is a never ending problem. As immigration lawyers up and down the country attempt to get their desperate clients a visa, they must try to work out fact from fiction. Between them they submit over 700,000 visa applications a year to the Home Office, over half a million of which are successful. It’s down to the tough talking lawyers to vet their clients, and to build the most compelling argument to get them the visa they need.

With brutal honesty and candour, this series asks the controversial question who really deserves a place in the UK?

Twofour Executive Producer, David Clews says: “This revealing and provocative series picks apart the way our immigration system works, following a number of extraordinary stories, as the lawyers and their clients take on the ever changing and confusing rules set by the Home Office. It presents the audience with the richness of detail and complexity of the cases and the system, so gives them the chance to decide for themselves - who they think deserves a place in the UK.”

Who Should Get a British Passport? is a 3x60' film commissioned by Patrick Holland, Controller, BBC Two and Joanna Carr, Head of BBC Current Affairs. The Executive Producer is David Clews for Twofour. The Commissioning Editor is Gian Quaglieni.