Annual Report 2018/19 - a year of creative success, transformation and efficiency 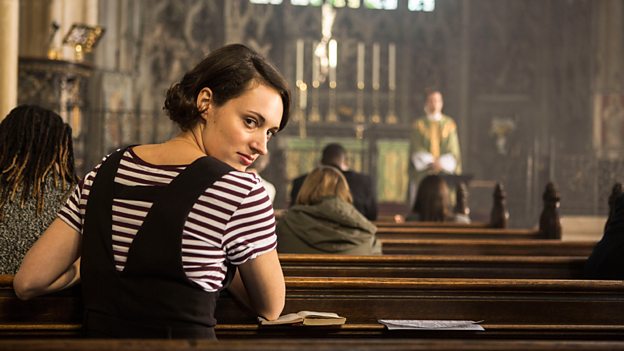 The BBC has had a year of positive change and creative achievement. We are holding our own against the big streaming giants, we have had a prolific year for awards, record levels of efficiency, and new levels of commercial success.Tony Hall, Director-General, BBC

Category: Corporate
A strong year for the BBC is today set out in the corporation’s Annual Report. A string of hit programmes saw the BBC pick up more than 180 awards, and in a prolific year there was significant progress on gender pay, record levels of efficiency, and a jump in commercial profits to help fund quality programmes for licence fee payers.

All this comes at a time when the BBC is rapidly transforming its services to deliver what audiences want at a time of fierce global competition and tough financial pressures.

Despite these challenges, 91% of the UK adult population use BBC services at least once a week, and programmes such as Bodyguard and Killing Eve have won significant audience and critical acclaim, including from younger viewers.

Sir David Clementi, BBC chairman, says: "The BBC is paid for by the public and our job is to provide great services for everyone. We’re working in an ever more competitive environment and audiences increasingly expect to receive value for their licence fee through our online services.

"The fact that we have had 3.6 billion programme requests - up 10% on last year - on BBC iPlayer, significant increases in reach for BBC News online - domestically and globally - and 17 million people now sign in to their BBC account monthly attest to this. The provisional decision from Ofcom that the BBC iPlayer catch-up window will be extended to 12 months is great news for audiences in a world where global streaming services can offer unlimited boxsets for as long as they want.

"Of course, the biggest issue the Board has had to consider over the past year was on the future of free TV licences for the over-75s. I truly believe the decision we have made to fund free licences for the over 75s in receipt of Pension Credit is the fairest one possible, fairest to the poorest pensioners and fairest to all licence fee payers."

Tony Hall, Director-General, says: "The BBC has had a year of positive change and creative achievement. We are holding our own against the big streaming giants, we have had a prolific year for awards, record levels of efficiency, and new levels of commercial success. 91% of UK adults use our services each week. That is a sign of success in a world where there is more competition for people’s time.

"Ultimately, the public will judge the BBC on the quality of our programmes, but that quality is underpinned by our finances. The decision to continue funding free TV licences for over 75s on Pension Credit makes it all the more important that the BBC does everything possible to help itself financially - that’s why the record levels of efficiency and higher commercial returns are so important in ensuring we have a strong BBC for the future.

"The BBC has also turned the corner on gender pay. When we first published the figures for top talent, there was a 75:25 split between men and women. The projection for 2019/20 is now 55:45. This is significant change. The task is not complete, we are not complacent, but we are well on our way."

Today’s report demonstrates a successful year, including acclaimed programmes and significant progress in transforming the BBC to meet the challenges of today and tomorrow.

Expanding Britain’s reach around the globe

Reinventing the BBC for tomorrow

Doing more than ever in the Nations and Regions

More of our income spent on programmes than ever

Radical efficiencies at a time of high industry inflation

Creating a BBC that better reflects the public we serve