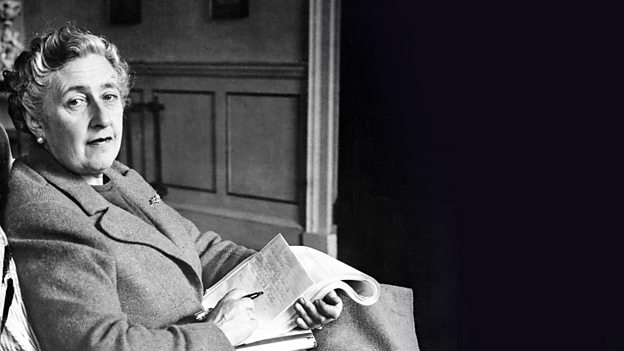 The Pale Horse is a shivery, paranoid story about superstition, love gone wrong, guilt and grief. It’s about what we’re capable of when we’re desperate...Sarah Phelps, Writer and Executive Producer

Category: BBC One; Drama; Commissioning
The BBC, Mammoth Screen and Agatha Christie Limited today announce the commission of the latest Agatha Christie story to be adapted for television. The Pale Horse, first published in 1961, will be adapted by Bafta-nominated writer Sarah Phelps.

James Prichard, Executive Producer and CEO of Agatha Christie Limited, says: "The Pale Horse was one of the later novels penned by my great grandmother, written as it was in the 1960s. This new drama allows writer Sarah Phelps to continue her exploration of the 20th century through Christie’s stories, with the book’s fantastic, foreboding atmosphere completely suited to Sarah’s unique style of adaptation."

When a mysterious list of names is found in the shoe of a dead woman, one of those named, Mark Easterbrook, begins an investigation into how and why his name came to be there. He is drawn to The Pale Horse, the home of a trio of rumoured witches in the tiny village of Much Deeping. Word has it that the witches can do away with wealthy relatives using the dark arts alone, but as the bodies mount up Mark is certain there has to be a rational explanation. And who could possibly want him dead?

Sarah Phelps, Writer and Executive Producer, says: "Written in 1961, against the backdrop of the Eichmann Trial, the escalation of the Cold War and Vietnam, The Pale Horse is a shivery, paranoid story about superstition, love gone wrong, guilt and grief. It’s about what we’re capable of when we’re desperate and what we believe when all the lights go out and we’re alone in the dark."

Piers Wenger, Controller of BBC Drama, says: "Sarah Phelps’ adaptations of Agatha Christie’s most iconic novels have introduced the author’s work to a new generation of fans. The Pale Horse is one of her most unusual and atmospheric works and lends itself perfectly to another stunning screen adaptation from Sarah."

Helen Ziegler, Executive Producer for Mammoth Screen, adds: “Sarah Phelps has crafted an extraordinary adaptation of Agatha Christie’s celebrated 1960s novel The Pale Horse, where the rational world and dark supernatural forces seem to collide. Asking the question, how far would you go to protect your own happiness? it’s a tale of guilt, terror and witchcraft with we hope will delight and terrify viewers in equal measure!"

The two-part drama adapted from the book of the same name will be directed by Leonora Lonsdale (Beast) and produced by Ado Yoshizaki Cassuto (City Of Tiny Lights).

Casting will be announced at a later date.

Amazon Prime Video are US co-production partners and Endeavor Content will handle sales in all territories internationally.