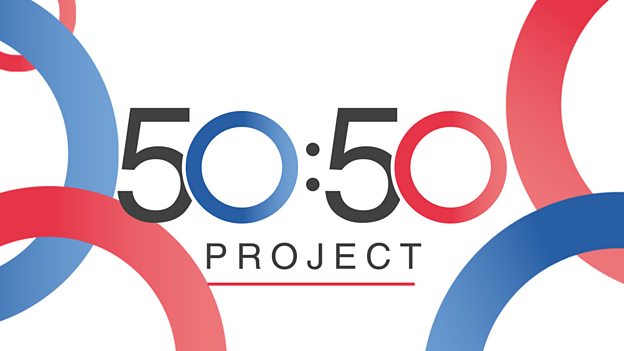 By helping to embed the 50:50 process in the way journalism students work today, we hope those same future editorial leaders will take these values into their first newsroom roles and beyond.Bob Shennan

Category: Corporate; News
A group of universities and academic institutions has partnered with the BBC’s 50:50 Project by adopting the initiative’s methodology and providing hundreds of journalism students with a mechanism to track the gender balance in their reporting.

Driven by BBC News presenter, Ros Atkins, the 50:50 Project has become the BBC’s biggest ever collective action to increase women’s representation in its content and it will now be used in universities, forming part of their established journalism courses.

Seven universities and academic institutions in total have partnered with the BBC so far and their students will be applying the 50:50 tracking method to their work in 2020. The organisations who have signed up include:

A grassroots initiative designed to inspire and assist BBC content-makers to represent women and men equally, the 50:50 project has grown organically from one news programme to now include over 550 BBC teams across TV, Radio and digital content - from news to science, music, entertainment, factual, and sport.

Polly Sharpe, Lecturer at Liverpool John Moores University says, “Working as a partner on the BBC's 50:50 Project is a fantastic opportunity, both for us as an institution, and more importantly for our students.

“It's really made our young journalists think about who they are approaching when they are working on stories, and consider the importance of diversity in their work. We hope they are developing skills which will stay with them for the rest of their journalistic career - ultimately fulfilling the 50:50 ambition in their profession. We are genuinely excited to be involved."

Bob Shennan, BBC Group Managing Director, says: “We’re extremely proud that the 50:50 Project is having an impact outside of the BBC, where it’s already radically increased the representation of women on air and online. By helping to embed the 50:50 process in the way journalism students work today, we hope those same future editorial leaders will take these values into their first newsroom roles and beyond.”

The 50:50 Project is an initiative that uses a voluntary system of self-monitoring to support teams to better represent women in their content. The main principle of the methodology is that the best contributor gets on air or online regardless of their gender, with no compromise on editorial quality - it is not a quota system. It aims to diversify and expand contributor contacts in order to find excellent female and male contributors with a view to improving content. More than 550 BBC teams are adopting the approach and are seeing the positive impact it can have, inspiring others to get involved.

In May the BBC published its 50:50 data for April 2019: 74% of teams implementing the methodology for 12 months or more reached 50% women contributors. That’s compared to 27% of teams managing it when they started.

For all teams taking part, including those who had only been participating for a month or so, 57% reached 50% women or more in April versus 26% when they started.

The 50:50 team is now supporting other organisations to equally represent women and men in their content. The BBC has helped embed the methodology with partners who are joining the 50:50 global network. Organisations that have signed up to take part include media groups ABC News in Australia, Financial Times and multiple European public broadcasters.

The BBC is now working towards proving that reaching 50% women is sustainable month-on-month. Researchers from the Harvard Kennedy School and London Business School came to study 50:50 as a rare example of a diversity initiative delivering results at scale. Their research was published in the Harvard Business Review.

The BBC has challenged teams that didn’t quite reach 50:50 this year to see if they can do it in March 2020 and is encouraging even more teams to sign-up to the initiative. The corporation is committed to working with even more partner organisations to expand the 50:50 global network even further. 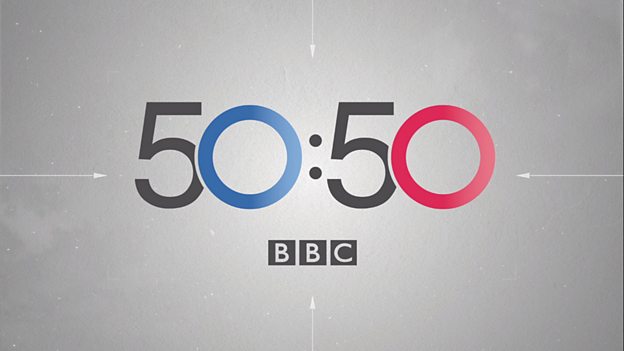