13 Minutes To The Moon: new BBC Podcast tells the story of the people behind the Apollo 11 moon landing 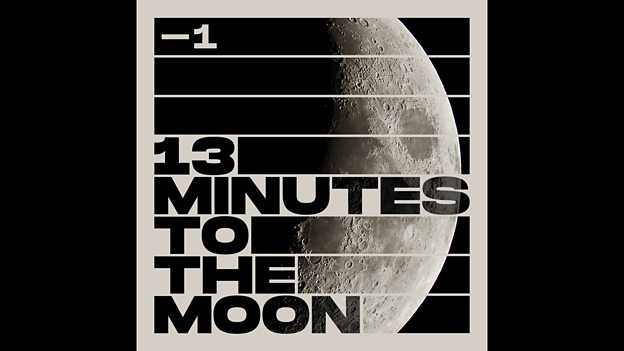 It was an incredible privilege to talk with some of the last surviving Apollo astronauts who flew to the Moon... but just as revealing were the stories of lesser-known figuresKevin Fong

On 13 May 2019, the BBC will be launching 13 Minutes To The Moon, a 12-part series covering the Apollo programme through the final dramatic 13-minute descent of the Apollo 11 mission, when everything came close to going badly wrong. Communication was breaking down, technology was failing and fuel was running out.

The BBC World Service has been making a major impact on the world of podcasting and this new series tells the story of the scientists, engineers, programmers and astronauts whose work during those tense minutes - and for years beforehand - prevented failure. The theme music written by Grammy and Academy Award-winner Hans Zimmer for Bleeding Fingers Music, is the first that the composer has ever written for podcast.

The final episode will be recorded live at Houston’s Rice University, where U.S. President John F. Kennedy made his speech in 1962, famously announcing his ambition to take humankind to the moon. It will be released on the exact 50th anniversary of the moon landing, 20 July 2019.

13 Minutes to the Moon is the full story of how a predominantly young workforce was mobilised to make JFK’s vision a reality, despite having no idea at the start how to do it. The podcast has secured revealing, in-depth interviews with some of the key figures who made it happen. And we’ll hear about what happened between 1961 and 1969 to create what was one of humanity’s greatest triumphs.

By the end of the series, listeners will know in detail the dramatic sequence of events of those final 13 minutes to the moon. Episode 11 will be the 13 minutes in real time.

The show is hosted by Dr. Kevin Fong, who wanted to be an astronaut, and holds degrees in astrophysics, medicine and space engineering. He grew up inspired by stories of the Apollo programme, and wanted to take the listener along with him on a deep dive into a subject of lifelong fascination. As he says in the first episode, it isn’t a spoiler to say we know they got there: "This podcast is about trying to understand how that happened."

Those we hear from during the series include:

Kevin Fong, presenter of 13 Minutes To The Moon says: "It was an incredible privilege to talk with some of the last surviving Apollo astronauts who flew to the Moon, among them the likes of Jim Lovell, Michael Collins and Charlie Duke. But just as revealing were the stories of lesser-known figures without whom the whole Apollo programme would have been impossible. Unravelling the question of precisely how this cast of thousands got us to the moon over the course of one short decade, and realising how very close we came to never making it, has been a thing of joy and fascination for me."

Mary Hockaday, Controller, BBC World Service English says: "I’m very excited for the launch of 13 Minutes To The Moon, which truly showcases the scope of what the BBC World Service can offer to the world of podcasts. With in-depth, thought-provoking interviews with astronauts and engineers who tested the limits of space science, and a stunning immersive theme music written for us by Hans Zimmer, I hope the series will expose our listeners around the world to new stories from a well-known moment in history, and bring home just how remarkable it is that humans made it to the moon."

The first episode of 13 Minutes To The Moon will be available for download on 13 May 2019, culminating with a final episode on the 20 July, the anniversary of the Apollo 11 mission. A new episode will be released once a week on a Mondays. The podcast can be downloaded on leading platforms around the globe.

Twenty six-minute episodes will also run on the BBC World Service radio from 15 May in weekly instalments, and can be listened to online on BBC Sounds.

About Dr Kevin Fong
Kevin is a consultant anaesthetist in a major London hospital. He always wanted to be an astronaut and has studied in the areas of astrophysics, astronautics and space engineering. He has a special interest in space medicine, and he has worked at a researcher at NASA’s Johnson Space Centre, the home of mission control where the astronauts are trained. Kevin has presented several episodes of BBC Horizon and also wrote and presented Space Shuttle: The Final Mission for the BBC in July 2011, an hour-long documentary following the final mission of the Space Shuttle.

BBC World Service Podcasts
BBC World Service is now a key player in the podcast market. The Global News Podcast is the BBC’s most downloaded podcast. Death In Ice Valley, produced in collaboration with Norway’s NRK, became a worldwide hit, topping podcast charts in several countries. Other notable recent podcasts have included Fall Of The Shah, 30 Animals That Made Us Smarter, The Hurricane Tapes, The Assassination, Parentland, and Kalki Presents: My Indian Life.  A wide range of BBC World Service podcasts can be downloaded on leading platforms around the globe and on BBC Sounds.