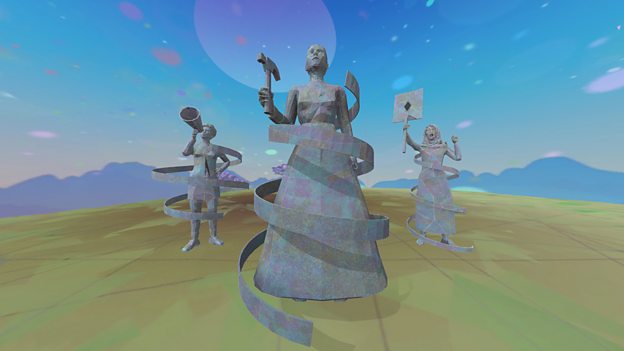 BBC VR Hub exists to excite audiences by creating the most enthralling experiences imaginable using the power of VR, and both of these do that, but in very different waysZillah Watson, head of BBC VR Hub

Category: Online and interactive
Two new virtual reality projects announced today by the BBC VR Hub will take viewers back through time, to experience the past as never before.

Make Noise combines VR and voice technology to let viewers use the power of their voice to smash through the barriers faced by the suffragettes during the fight to win the vote for women. The other experience, 1943: Berlin Blitz, lets viewers follow in the footsteps of a BBC journalist who joins the RAF on a bombing run to Berlin during the Second World War.

Both experiences will be released later this year, but for eager viewers keen to see them before they are officially released each is being made available for special previews over the coming weeks. Audiences can try 1943: Berlin Blitz at a special preview at the RAF’s International Royal Air Tattoo in Fairford from the 13-15 July.

Zillah Watson, head of BBC VR Hub, says: “BBC VR Hub exists to excite audiences by creating the most enthralling experiences imaginable using the power of VR, and both of these do that, but in very different ways. Make Noise uses voice technology in an innovative way to put you in the shoes of the suffragettes, encouraging you to follow their example and use your voice to change your world. It’s empowering, profound and yet playful, and a great example of why we should follow Emmeline Pankhurst’s advice and ‘make more noise’.

“1943: Berlin Blitz on the other hand uses VR to breathe new life into the BBC Archive, using an extraordinary piece of journalism to transport you to Berlin at the height of the Second World War. It really gives a sense of just how brave the RAF and the BBC’s war correspondents were back then, and providing new context for the threats our colleagues face today when reporting from dangerous situations. We hope to launch them both to the public later in the year.” 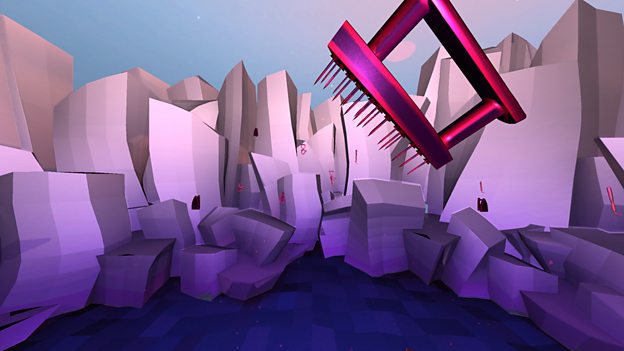 Inspired by the suffragettes who a century ago spoke up for a woman’s right to vote, Make Noise will see viewers hum, sing and shout along with actor Nikki Amuka-Bird, who narrates the experience, to change their virtual world. They’ll be transported to a series of colourful and abstract worlds that represent the stages of the suffragettes’ struggle, and are invited to use their own voice and consider what it means to speak up in a world that doesn’t value that voice.

Created by BBC VR Hub with Anagram, Make Noise uses original archive material from the suffragettes to retell the dramatic story of how a few women started one of the most important movements in history. Real-life suffragettes whose voices are heard in the experience include Edith Pepper, Charlotte Drake, Charlotte Marsh, Mary Richardson, Lillian Lenton, Victoria Liliard, Grace Roe and Elizabeth Dean. 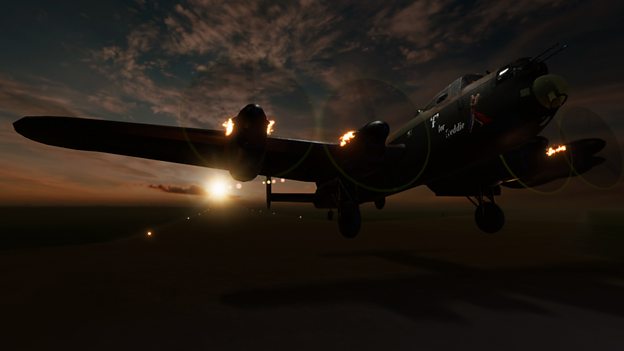 VR bringing the BBC Archive to life
1943: Berlin Blitz puts viewers in the shoes of BBC war correspondent Wynford Vaughan-Thomas, and allows them to retrace his brave journey on a genuine bombing raid to Berlin at the height of the Second World War. VR takes the viewer to the belly of a Lancaster bomber, high over Berlin with anti-aircraft shells bursting all around, while Wynford's dramatic commentary vividly captures both the danger and the excitement of the bombing raid.

Taken from the BBC Archive, the original radio broadcast of Wynford Vaughan-Thomas’ report went out over the airwaves on 4 September 1943, just a few hours after the plane landed back at RAF Langar in Nottinghamshire.

The Lancaster was the most successful heavy bomber employed by the RAF in World War Two and, along with the Spitfire, became something of a British icon in the wake of the war. More than 7,000 of the planes were built, flying upwards of 150,000 sorties.

Created by BBC Northern Ireland and Immersive VR Education, in partnership with the BBC VR Hub, 1943: Berlin Blitz celebrates the 100th anniversary of the RAF and the brave, bold and groundbreaking journalism which the BBC is built on.