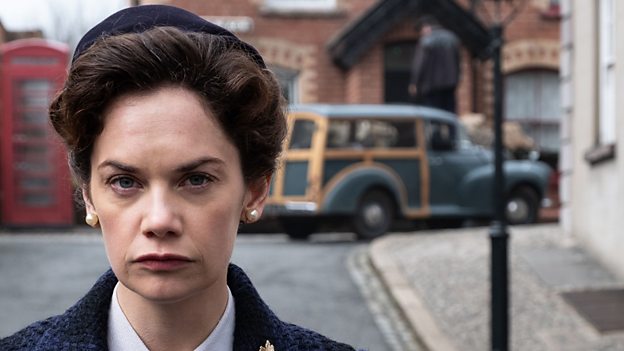 I am so excited to bring to the small screen the extraordinary lives of my grandparents. Theirs is a profoundly moving story.Ruth Wilson

Category: BBC One; Casting; Commissioning; Drama; Northern Ireland
Award-winning actress Ruth Wilson (The Affair, Luther) is set to lead an all-British cast in Mrs Wilson, a new original drama for BBC One, co-produced with Masterpiece, based on the life of her own grandmother.

Ruth Wilson, in the lead role, will star alongside Iain Glen (Game Of Thrones, Delicious), Keeley Hawes (The Durrells, Ashes To Ashes), Anupam Kher (Silver Linings Playbook, The Boy with The Topknot) and Fiona Shaw (Harry Potter, True Blood). Mrs Wilson is inspired by the memoir of Wilson's grandmother and her family’s complicated history.

The three-part drama is written by Anna Symon (Indian Summers), directed by Richard Laxton (Mum, Him & Her) and produced by Jackie Larkin (the Strike series, Stella Days). Executive producers are Ruth Wilson, Ruth Kenley-Letts (The Casual Vacancy, the Strike series), Neil Blair (the Strike series, Fantastic Beasts And Where To Find Them), Lucy Richer for the BBC and Rebecca Eaton for Masterpiece at WGBH Boston. The production began shooting on 16 April 2018 in Northern Ireland and London.

Ruth Wilson commenting on her role in the new production, says: “I am so excited to bring to the small screen the extraordinary lives of my grandparents. Theirs is a profoundly moving story.”

Lucy Richer, Executive Producer for the BBC, says: “Anna Symon's scripts, based on the remarkable story of Ruth Wilson's grandparents, are full of twists and turns. It is a story of breath-taking secrets and love against the odds, and I can't wait to see it brought to life for BBC One by such a fascinating cast, led by Ruth.”

Richard Williams, CEO Northern Ireland Screen, says: “We are delighted to welcome the cast and crew of The Wilsons to Northern Ireland and to continue our successful partnership agreement with the BBC, which sees the continued investment in developing an internationally competitive screen industry here. The Wilsons is set to follow in the footsteps of other incredible dramas such as Line Of Duty, The Fall and most recently, Come Home. This is another strong vote of confidence in our local TV industry and further cements Northern Ireland’s reputation as a world-class production location. We wish the entire team all the best for their shoot.”

Set between 1940s and 1960s London, the series follows Alison Wilson (Ruth Wilson), who thinks she is happily married until her husband dies and a woman turns up on her doorstep claiming that she is the real Mrs. Wilson. Alison is determined to prove the validity of her own marriage - and Alec’s (Iain Glen) love for her - but is instead led into a world of disturbing secrets.

Alexander Wilson was a writer, spy and secret service officer who served in the First World War before moving to India to teach as a Professor of English Literature, where he began writing spy novels. In the 1930s he enjoyed great success with his novels being reviewed in The Telegraph, Observer and the Times Literary Supplement amongst others. He passed away in 1963.

Mrs Wilson is a production by Snowed-In Productions for the BBC, co-produced with Masterpiece with funding support from Northern Ireland Screen. all3Media international is handling the international rights.