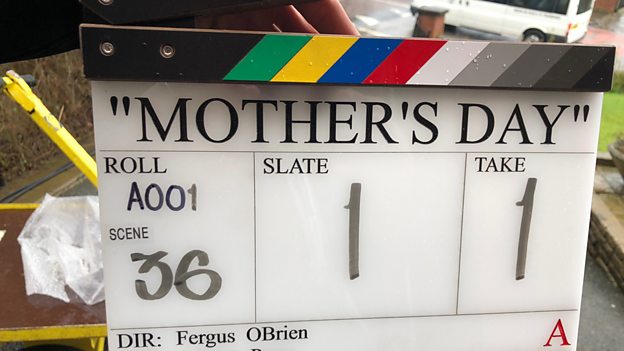 Susan McHugh’s actions back in 1993 remain just as inspirational today as they were 25 years ago. I feel truly privileged to play her in this incredibly moving new film.Vicky McClure

Written by Nick Leather (Murdered For Being Different, Broken) Mother’s Day focuses on two ordinary women living either side of the Irish Sea, brought together in the wake of the tragedy.

Vicky McClure (Line of Duty, The Replacement) plays Susan McHugh, the Dublin mother of two so outraged by the loss of young life that she organised one of the largest peace rallies in Irish history, leading thousands through the streets in protest at the continued violence of the Troubles. Anna Maxwell Martin (Motherland, Good Omens) plays Wendy Parry, the mother of 12 year old Tim Parry who lost his life in the attack which left two boys dead and many others injured. Daniel Mays (Against The Law, Rogue One) will play Tim’s father Colin Parry, with David Wilmot (The Alienist, Black Sails) as Arthur McHugh. Further casting includes Simone Kirby and Conor Mullen.

Vicky McClure says: “Susan McHugh’s actions back in 1993 remain just as inspirational today as they were 25 years ago. I feel truly privileged to play her in this incredibly moving new film.”

Anna Maxwell Martin says: “I know that many will recall the bravery and dignity shown by the families affected by the Warrington bombings. It’s a real honour to be telling their story.”

Writer Nick Leather says: “As someone who grew up in Warrington and was on my way into town on the day of the bombing, bringing this astonishing story to the screen has been a career-long mission. Over the last year, I’ve been fortunate to work with a wonderfully supportive team at the BBC, including the director Fergus O’Brien, and have found the Parry and McHugh families to be even more inspiring than I did as a kid. I hope people are as moved and affected by this drama as we have been making it.”

Piers Wenger, Controller of BBC Drama, says: “It is with great power and poignancy that Mother’s Day looks at how the worst of tragedies can affect both those directly involved and communities further afield, inspiring them to act. We’re immensely proud to tell this story. ”

Patrick Holland, Channel Controller of BBC Two, says: “Nick Leather’s script takes us into the heart of a family’s grief whilst also following the extraordinary unwillingness to let another death be in vain. With the outstanding Anna Maxwell Martin and Vicky McClure this promises to be a remarkable and powerful film.”

Aysha Rafaele, Executive Producer for BBC Studios, adds: “From my previous work with Nick Leather and Fergus O’Brien, I can’t think of a better team to bring this powerful story to the screen. Working closely with the real families involved, Nick has written a remarkable script and it’s a real joy to assemble such a first rate cast to play these roles.”

Mother’s Day (1x90’) is produced by BBC Studios for BBC Two, and will be directed by Fergus O’Brien (Against The Law) and produced by Scott Bassett (Murdered For Being Different). It was commissioned by Piers Wenger, Controller of BBC Drama, and Patrick Holland, Controller of BBC Two. Executive Producers are Tommy Bulfin for the BBC and Aysha Rafaele for BBC Studios.