BBC to broadcast first ever European Championships across TV, radio and online 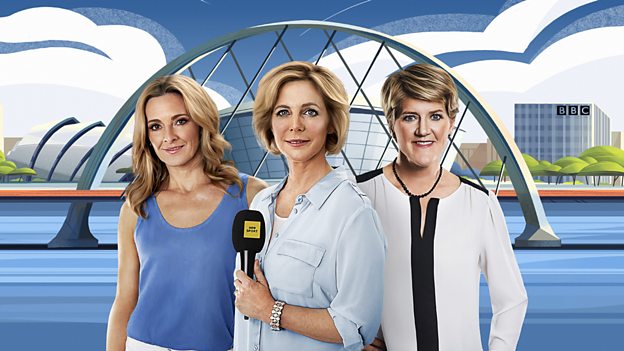 The BBC will be there to capture the electric atmosphere as the Championships showcase some of Europe’s most talented sportspeople.Barbara Slater

Category: BBC One; BBC Two; Radio 5 Live; Radio 5 Live Sports Extra; BBC iPlayer; Online and interactive; Sport; Scotland; Commissioning
The first ever European Championships 2018 will kick off on August 2 and BBC Sport will be there to bring this new and exciting multi-sport concept to audiences across TV, radio and online from host cities Glasgow and Berlin.

Hazel Irvine, Clare Balding and Gabby Logan lead the TV coverage across BBC One and BBC Two, with both channels showing up to twelve hours of coverage a day combined, allowing audiences to truly immerse themselves in the sporting spirit.

Covering the European Aquatics Championships, which will include synchronised swimming and diving will be Rebecca Adlington, Mark Foster, Andy Jameson and Adrian Moorhouse as well as Leon Taylor, Kat Downes and Andrea Holland, as over 1,000 of the leading stars in European Aquatics compete.

The European Rowing Championships are heading to Scotland for the first time ever and Katherine Grainger, Garry Herbert and James Cracknell will join presenter Sir Matthew Pinsent to discuss the races as the rowers compete at Strathclyde Country Park.

Scotsman and Olympian Sir Chris Hoy will be part of the commentary team for the cycling events, where four different disciplines will be taking place in the same city simultaneously for the first time ever. Joining Chris on commentary duties will be Chris Boardman and Simon Brotherton, with Jill Douglas reporting live from all of the cycling events.

The European Triathlon Championships will see Annie Emmerson and Matt Chilton cover every run, cycle and splash before Eilidh Barbour takes to the green to present the European Golf Team Championships, taking place at the PGA Centenary Course at Gleneagles in Perth and Kinross.

All TV coverage will also be live online, meaning audiences will never have to miss a minute of the action as over 4,500 athletes compete during the eleven days.

BBC Radio 5 live will be live throughout the European Championships and Sonja McLaughlan will present the coverage on the station with Mike Costello, Allison Curbishley and Daley Thompson on the BBC Radio 5 live commentary team in Berlin.

There will be live coverage in the evenings on 5 live and 5 live sports extra as well as regular updates and reports throughout the day. The station will also welcome commentator John Hunt, four-time World Champion Karen Pickering and Olympic bronze medallist Steve Parry to the swimming commentary team.

Audiences can keep on top of all the European Championship news with BBC Sport’s extensive digital service, including video streams, highlights, on demand clips, a dedicated live text page and news stories on the BBC Sport website and app.

BBC Sport Scotland will use some of the most well renowned Scots, past and present, from across the different sports provide insightful previews. Reporters such as Jane Lewis, Rhona McLeod and Kheredine Idessane will be on hand to interview high-profile home favourites, including Olympian swimmer Duncan Scott and Olympian cyclist Katie Archibald.

John Beattie will also be out and about in Glasgow seeing the impact of the European Championships on Scotland's largest city for BBC Radio Scotland.

A HD video stream will also be available, offering alternative live action and long form highlights of outstanding finals on BBC Sport Online via connected TV or mobile and BBC iPlayer, or by pressing Red.

Barbara Slater, Director of BBC Sport, says: “This brand new multi-sport event hosted on home soil and in Berlin is a brilliant way to continue the already stellar summer of free-to-air-sport. The BBC will be there to capture the electric atmosphere as the Championships showcase some of Europe’s most talented sportspeople.”

*Programme information and TX timings can be found on Media Centre

Hazel Irvine says: “To have such a massive sporting event take place in my native Scotland, in addition to Berlin, is just brilliant. I’m excited to follow the highs and lows over the course of the Championships and ultimately find out who will be crowned the best in Europe in their field. I am particularly looking forward to seeing the golf at Gleneagles - with the likes of four-time major winner Dame Laura Davies pairing up with the hugely exciting talent Georgia Hall, it’s going to be a memorable event.”

Gabby Logan says: “There will be so much going on across the seven different sports and with such an array of talent competing, it will be fantastic to watch familiar faces and new talent from across Europe fight for the podium positions. The sprint events certainly catch the eye - Britain have a number of highly-talented youngsters led by Dina Asher-Smith who has been running brilliantly this season, so I think she’s in a strong position for the 100 and 200m in Berlin.”

Clare Balding says: “The European Championships will be a hugely exciting new event and we really are spoiled to have thousands of sporting stars competing in so many different events in Glasgow as well as the top athletes taking each other on in Berlin. It’s brilliant to be part of a brand new sporting concept like this and I think it’s going to be really fast-paced event and a chance for the sporting elite of Europe to show us the best of themselves.” 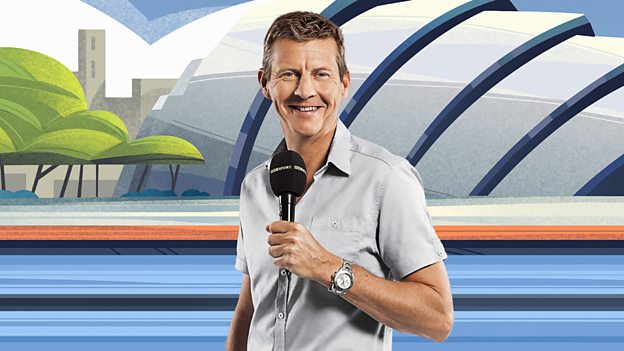 Steve Cram says: “From the magnificent Olympic Stadium to the nightly victory ceremonies in Breitscheidplatz Square in the heart of Berlin, we’ll be there to watch every run, jump and throw. It’s definitely going to be six action packed days for the Athletics and with 1,500 athletes competing in Berlin, we’ll be lucky enough to see the very best that the continent has to offer - I can’t wait.”

James Cracknell says: “It will be brilliant to see the GB Rowing Team back in action on home water, especially Olympic silver medallist Vicky Thornley who is looking to defend her European title, but if I’m honest, all teams are looking in good shape so I think it’s going to be a real fight for the medals.” 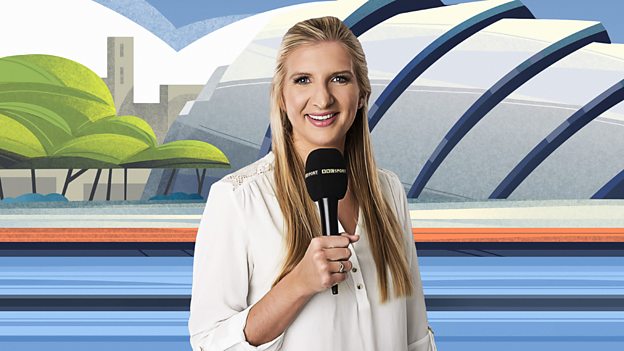 Rebecca Adlington says: “I can say with confidence the 1,000 plus swimming stars from Europe are in for a warm, friendly welcome and the atmosphere will be incredible. There’s such a range of aquatics events on as well, so it’ll be a real treat to watch and I’m looking forward to seeing if Duncan Scott can take gold in the 100m freestyle on his home turf after his gold Commonwealth performance.”

Sir Chris Hoy says: “I reckon Glasgow will really come alive and with four different cycling disciplines happening at the same time in the same city it’s going to be spectacular. It’s a great opportunity to champion some of Europe’s most talented cyclists, so it’ll be great to see what they can do.”

Beth Tweddle says: “It’s going to be brilliant to watch gymnasts from across Europe show incredible feats of strength, stamina and power and I think the crowd will really show support and get behind them. Max Whitlock will be one to keep an eye on, as he’ll be returning to the Hydro Arena where he won his first world pommel horse title in 2015. I think he will definitely be looking to reassert his dominance after missing out on individual gold at the Commonwealth Games, so it’s going to be exciting to watch.” 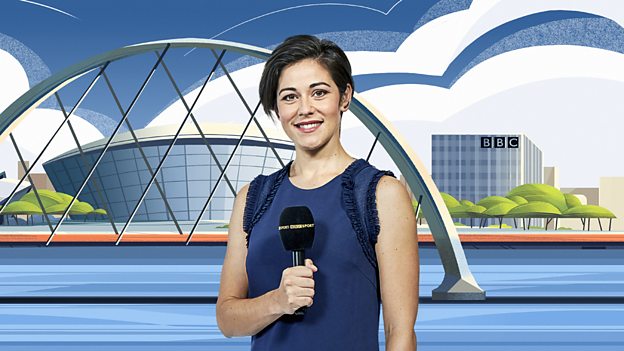 Eilidh Barbour says: “There’s no better place for a team competition on British soil than to go back to the scene of Europe’s last Ryder Cup victory - the PGA Centenary Course at Gleneagles. Coming from Perthshire, I’m thrilled that once again it will be playing host to a huge international event and pictures of its beauty will be beamed all over the continent. What sets golf apart from every other sport is that men and women of all ages and abilities can play and compete together and it’s great to see mixed gender golf taking place in such a huge international event. I look forward to seeing it unfold and hope it can be something that is developed further in the future.”

Matt Chilton says: “Strathclyde Country Park was the the venue for the thrilling triathlon races during the Commonwealth Games of 2014, so I have no doubt that we’ll be witnessing some equally outstanding performances this time around. We’ll be watching some of the finest athletes in action from all across Europe and the added bonus of the return of double Olympic champion Alistair Brownlee, so it’s going to be an action packed few days.”

The majority of the athletics events will be held at one of the most recognisable stadiums in the world - the Berlin Olympic Stadium. The shotput qualifications, all Marathon and Race Walking events and almost all of the victory ceremonies will take place at and around the Breitscheidplatz and the Berlin Zoo in the City West.

Reigning European 200m champion Dina Asher-Smith will go for gold in the 100-200m double in Berlin - both events in which she holds the British record - and Katarina Johnson-Thompson is bidding to win a third major title of an already-memorable 2018 having the taken Commonwealth and world indoor gold already this season.

The Glasgow 2018 European Championships will see over 1,000 of the leading stars in European Aquatics compete for moments of glory across Scotland.

Olympian Adam Peaty will take part in the 100m breaststroke semi-finals and an expected showdown between Hannah Miley and Katinka Hosszu of Hungary in the women’s 400m individual medley will ensure all eyes are on the pool this summer.

Duncan Scott will also be expected to shine on home soil having won a Scottish record six medals at the Commonwealth Games in Australia while double Olympic silver medallist Jazz Carlin makes her major championship bow in open water swimming having made the switch with Tokyo 2020 in mind.

Nearly 800 of the best cyclists from Track, Road, BMX and Mountain Biking will go head-to-head.

One of Scotland’s standout stars at April’s Commonwealth Games, Katie Archibald, will also attempt to defend her European title in the women’s omnium while fellow Commonwealth star and reigning European champion Elinor Barker will also provide a great moment.

Gymnastics will take place at The SSE Hydro as part of the European Artistic Gymnastics Championships. The best Men’s and Women’s Senior and Junior gymnasts from across Europe, including Olympian Max Whitlock, will carry out breath-taking performances for the chance to become European champions.

Two-time European bars champion Becky Downie will be back in action after injury, alongside the new generation led by Commonwealth champions Alice Kinsella and Georgia-Mae Fenton.

For the first time in its history, the European Rowing Championships will take place in Scotland. Spanning four days, the competition will showcase Europe’s best rowers at Strathclyde Country Park over eighteen medal events.

The Triathlon Championships will see approximately 160 of the top Triathletes on the continent compete for European glory at Strathclyde Country Park, with fan favourite and double Olympic champion Alistair Brownlee going for gold in the men’s triathlon along with Commonwealth bronze medallist Marc Austin, who hails from Glasgow. Britain also have a strong contingent in the women's race which includes 2013 world champion Non Stanford and reigning European champion Jessica Learmonth.

In a sporting first, some of the best men and women golfers in Europe will compete side-by-side in a mixed team event, adding a thrilling new event to the Golfing calendar. Four-time Major winner Dame Laura Davies and 2019 Solheim Cup European Team Captain Catriona Matthew are among the big names in action.